Which Jets Players Could Participate in 2022 Winter Olympics? 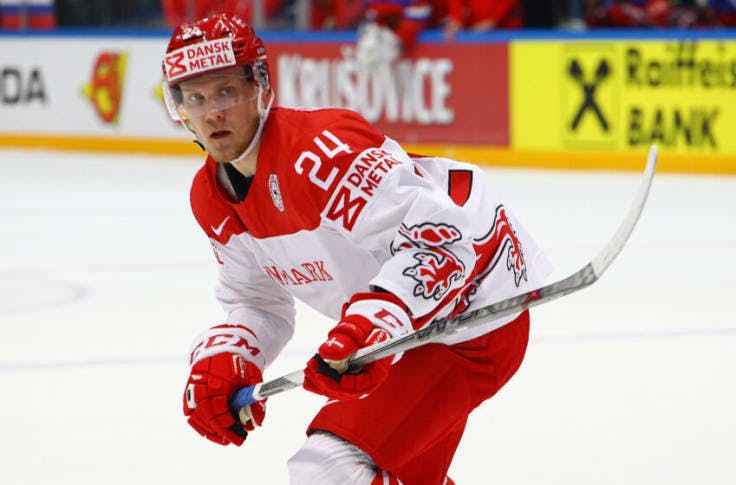 By Angus Hout
1 year ago
It’s the dog days of summer for hockey fans. So any hockey is good hockey for us. The 2022 Olympic Qualifiers are currently taking place, and on Thursday, @Nikolaj Ehlers suited up for Denmark – his home country – scoring the opening goal and the eventual game-winner as well.
It got me thinking about who might be going to China this winter, playing the great game of hockey while representing their home countries in the hunt for a gold medal at the 2022 Beijing Olympics, which open on Feb. 4. The NHL is expected to take a two-week break for this event, although the only potential obstacle is the insurance dilemma and commissioner Gary Bettman, which hopefully gets resolved, so we can enjoy elite hockey at the Olympics once again.

Team Denmark needs to qualify for the Olympics, there are currently 18 teams fighting for the final three spots to earn a trip to Beijing. They’re in a pool with Norway, Slovenia, and South Korea. If they win their pool, they’ll be off to the Olympics.
There’s only one potential candidate from the Winnipeg Jets who could play for Denmark, and he was kind enough to make sure Montreal Canadiens forward, @Jake Evans, was protected during a scrum, you know who it is. Ehlers will most definitely be on the top line with the Danish team.

@Ville Heinola will likely have to prove he’s ready for the Olympic stage, but he’s hungry and probably desires to be a winner with everyone around the world watching. Heinola has put up big numbers with team Finland before, scoring four assists in seven games during the 2021 World Juniors, so chances are he’ll receive another opportunity to do so.
If Heinola indeed makes the Finnish team, he’ll probably be positioned on the second or third defensive pairing.

The Americans are ranked sixth going into the Olympics. There are two players from the Jets I think will 100 percent be on Team USA. The first one should come as no surprise, it’s @Connor Hellebuyck. He’ll likely be the starter with Vancouver Canucks goaltender, @Thatcher Demko, backing him up. The other no-brainer should be @Kyle Connor. He’ll probably skate on the second or third line, while also spending time on the second powerplay and perhaps on the penalty kill, too.
One player to keep an eye on is captain @Blake Wheeler. His veteran leadership could help the Americans if someone is injured before the Olympics begin. Wheeler played for Team USA in 2014, where he and the Americans finished fourth.

There’s only one Jet I could see making the Canadian squad, it’s @Mark Scheifele and I think he should have a cemented spot on the right side of the second line. He’s no @Nathan MacKinnon but he could still provide some upside. Hypothetically, I could see Scheifele sharing a line with @Sidney Crosby and @Taylor Hall.
The one definite maybe is @Josh Morrissey. At the very least, he’d likely need a couple of other defenders to get injured, but he’s proven he can play with the the best and defend them well. Morrisey is on my backup roster, for now – the B-squad if you will.
Uncategorized
Recent articles from Angus Hout