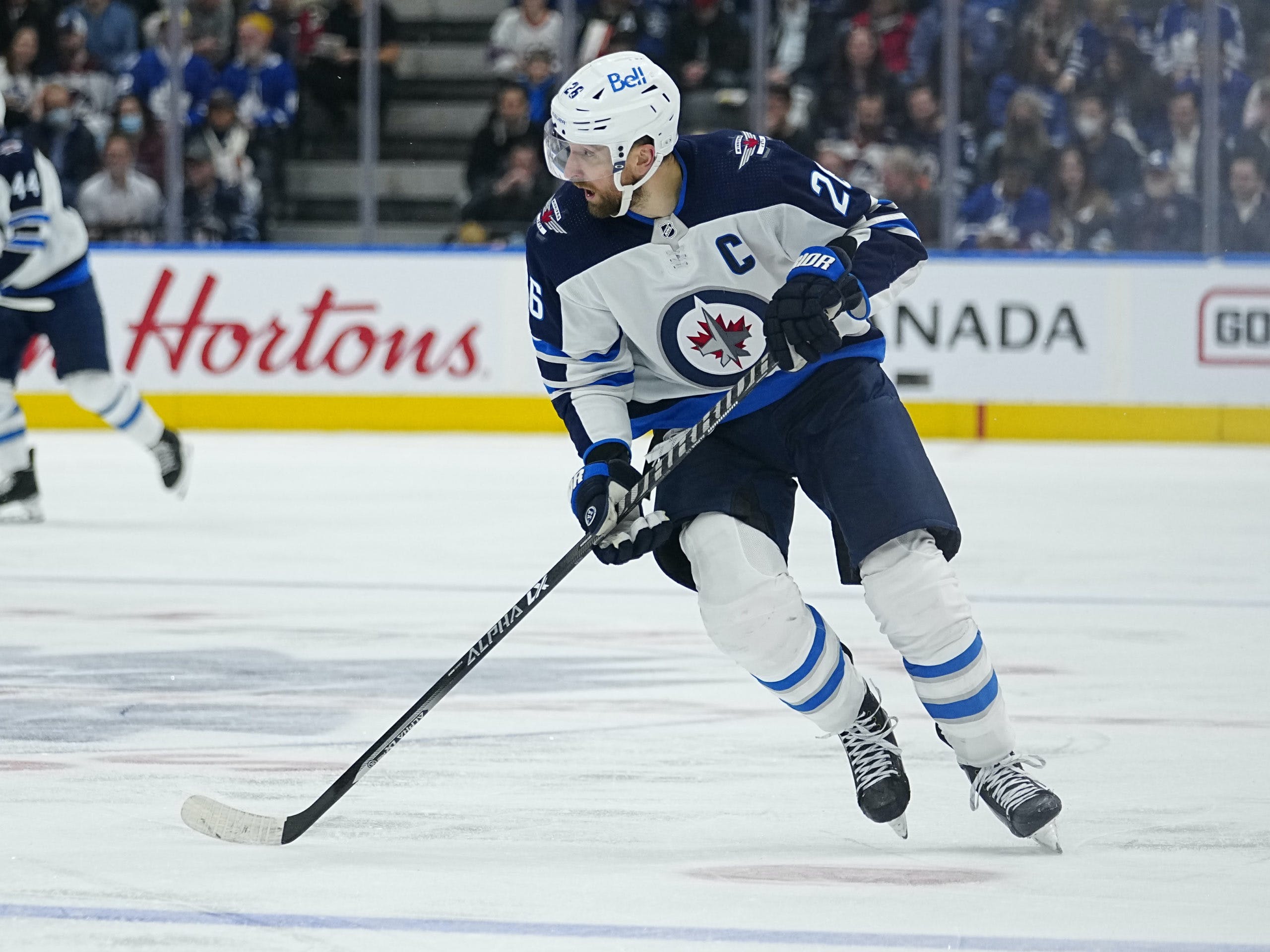 By Thomas Hall
8 months ago
The countdown has officially begun as only one month remains in the regular season.
Sadly, the Winnipeg Jets still find themselves outside of a playoff spot as the calendar shifts to April. As things currently stand, the club is positioned four points behind the second wild-card spot, which belongs to the Vegas Golden Knights.
With only 13 games left – including Saturday’s contest – there certainly isn’t much time to make up ground in the standings. Making matters worse, they’re coming off an embarrassing effort against the Toronto Maple Leafs, who dominated them en route to a 7-3 victory.
At this point, making a post-season surge seems out of reach this late into the schedule, especially considering the tough road that lies ahead for this franchise. Beginning Saturday, eight of their final 13 games come against teams who currently control a playoff spot.
Still, as everyone knows, nothing is played on paper. Looking ahead to this matchup versus the Los Angeles Kings, here are three skaters worth keeping an eye on as the Jets look to answer from their most recent defeat:

Last Game: One goal, two shots, two hits, 21:12 minutes
In short, Thursday’s loss to the Maple Leafs was a crushing blow to the Jets’ playoff chances. Having said that, it wasn’t full of negatives as forward @Blake Wheeler continued his recent scoring surge.
Providing one of the lone bright spots on the night, Wheeler pulled off another vintage moment while facing veteran @Mark Giordano, who seemingly had his ankles broken by Winnipeg’s captain. As the 35-year-old exploded into the offensive zone, he danced around his defender before finishing with his 12th goal of the season.
Thanks to his latest marker, Wheeler extended his point streak to seven contests, which has seen him register three goals and nine points during this impressive span.
Ever since he was paired next to teammate @Pierre-Luc Dubois, the Plymouth, Minnesota, native has elevated his craft and has quickly transformed into a far more effective offensive contributor. In turn, Los Angeles’ skaters probably need to remain alert whenever No. 26 is on the ice.

Last Game: Three hits, two blocks, 21:49 minutes
Someone who’s been a key factor in Wheeler’s recent success, Dubois, figures to be another critical piece of the Jets’ game plan during this upcoming showdown.
For starters, the 23-year-old enters this contest on a five-game scoring drought, with his most recent goal coming against the Golden Knights back on Mar. 22. As a result of this slump, he’s still sitting on 99 career goals in the NHL – a milestone he likely wants to reach before this season ends.
What better time to score his 100th goal than at home and in prime time against Los Angeles, right?
All season long, Dubois has acted as one of the club’s driving forces and will be expected to assume that role once again when the Kings visit Canada Life Centre on Saturday.

Last Game (Mar. 30): 35 saves, two goals against, .946 save percentage
After receiving a well-deserved night off Thursday, goaltender @Connor Hellebuyck will return to his starter’s crease Saturday and will surely be aiming to build off his stellar performance against the Buffalo Sabres.
In his 57th start (league-high) of 2021-22, Hellebuyck did his best to steal the show at KeyBank Center, where he thrived to a 35-save performance. Granted, he did surrender a pair of goals, however, that total could’ve been considerably higher if not for his efforts.
Overall, Buffalo’s skaters generated 4.28 expected goals against Hellebuyck, and yet, they only lit the lamp twice. With that in mind, Winnipeg’s goaltender saved 2.28 goals above expected, meaning Wednesday’s matchup almost certainly wouldn’t have extended beyond regulation without him.
This season hasn’t been perfect, but if the two-time All-Star stays strong down the stretch, he should at least help his team remain competitive through the rest of the way.