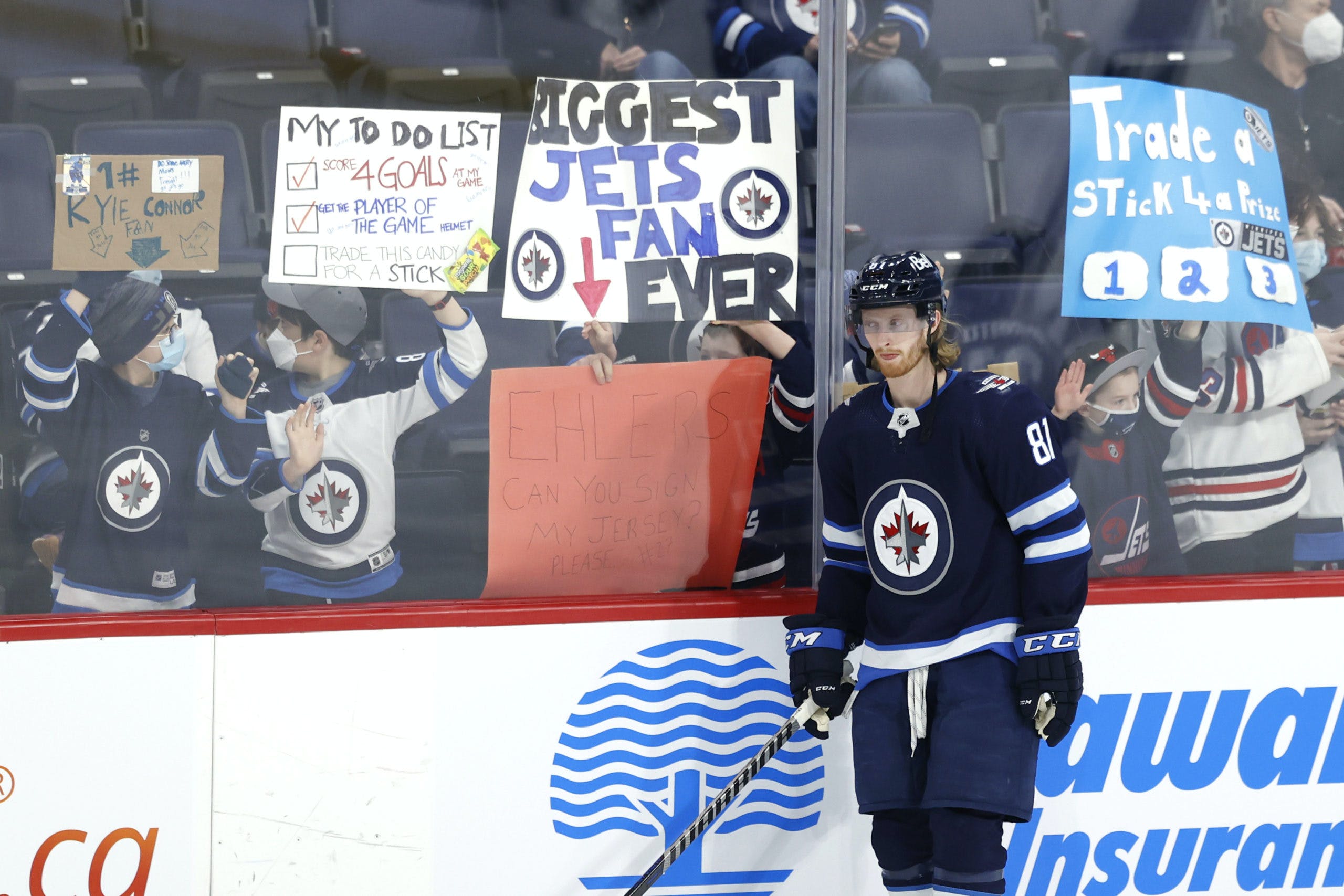 By Zach Laing
7 months ago
A pair of Jets have been downed and placed into COVID-19 protocols.
Both Kyle Connor and Nate Schmidt entered protocols Tuesday in Buffalo, the Winnipeg Free Press’ Mike McIntyre reported.
The pair will remain in the US for the next five days making them unavailable to play the next three Jets’ games: tonight in Buffalo, Thursday in Toronto and then Saturday at home against LA.
For Connor, the three missed games could very well keep him from hitting the 50-goal mark for the first time in his career. Already with a career-high 41 on the season, Connor sits nine back from the mark and will have 12 games at the remainder of the season to try and hit the mark.
In 67 games this year, Connor has had a breakout campaign setting career highs in goals, assists (41) and points (82) while playing a career-high 21:52 TOI.
Schmidt, meanwhile, is in the midst of one of his stronger offensive seasons in the league. In 66 games this season, he’s scored four goals and 31 points. His point total is five off his career-high of 36.
The Jets’ lines look a little different without the pair.
As noted by Winnipeg Jets beat reporter Mitchell Clinton, Evgeny Svechnikov has slid up to the second line.
Zach Laing is the Nation Network’s news director and senior columnist. He can be followed on Twitter at @zjlaing, or reached by email at zach@oilersnation.com.
Uncategorized
Recent articles from Zach Laing