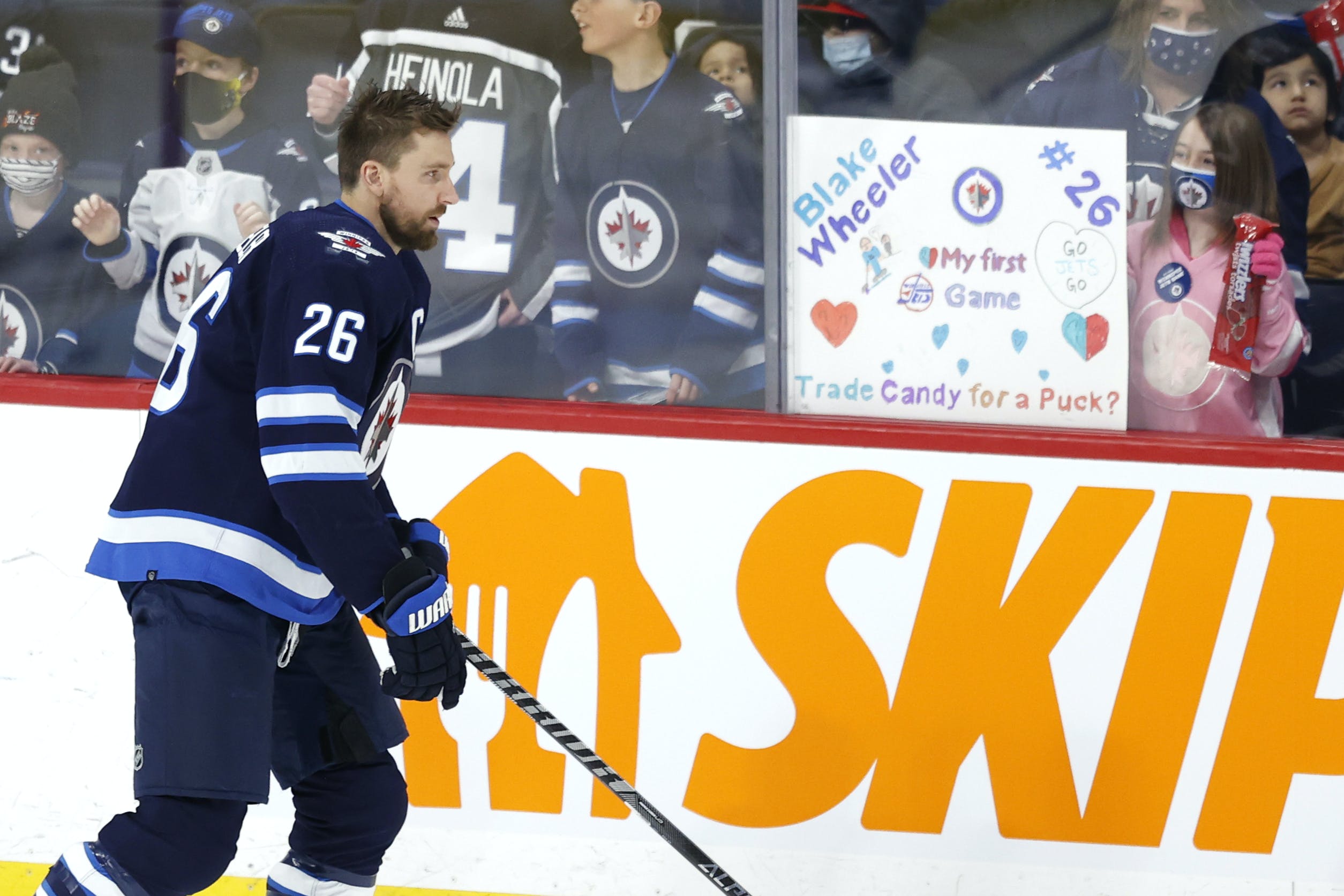 By Mike Gould
7 months ago
Winnipeg Jets captain @Blake Wheeler scored one of the nicest goals of his impressive career to give his team a 1–0 lead over the Toronto Maple Leafs on Thursday evening.
The 35-year-old forward took the puck in the neutral zone and made a slick move to get around Leafs defenceman @Mark Giordano before flipping a shot past the blocker of opposing goaltender Erik Källgren to open the scoring for Winnipeg at the 3:19 mark of the opening frame.
@Zach Sanford picked up the only helper on Wheeler’s 12th goal of the season. The captain extended his personal point streak to seven games, dating back to March 20 in Chicago.
After a relatively slow start to the 2021–22 season, Wheeler now has 10 goals and 33 points in his last 25 games. In total, he has 12 goals and 54 points in 55 games with the Jets this year.
Less than five minutes after Wheeler opened the scoring against Toronto, @Paul Stastny doubled the Jets’ lead with his 18th goal of the year. @Nikolaj Ehlers and @Mark Scheifele recorded the assists on Stastny’s tally.
The Jets entered Thursday’s action just two points back of the Vegas Golden Knights for the final Wild Card playoff spot in the Western Conference. They remain ahead of the Leafs 2–0 midway through the first period.