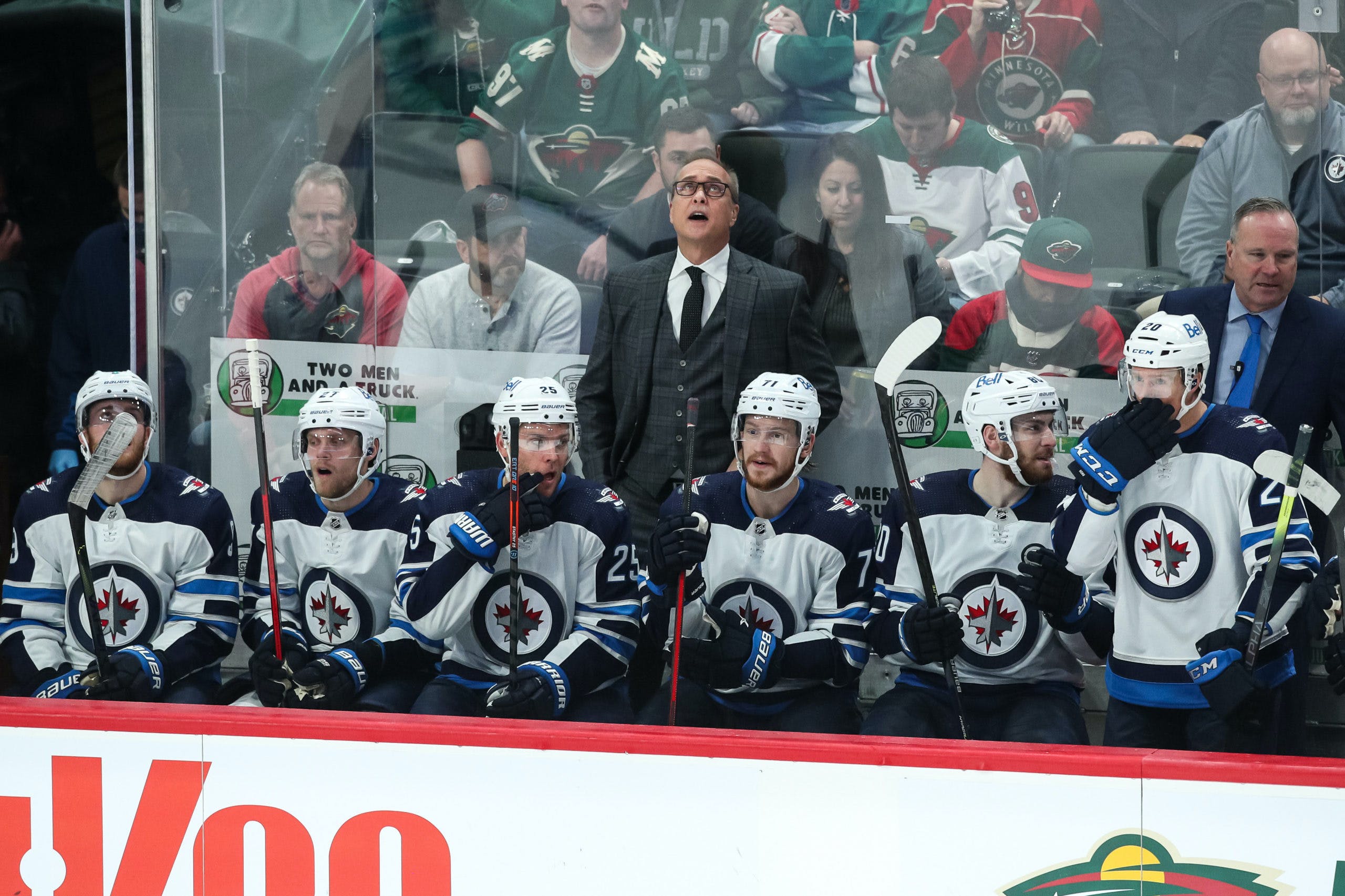 By Angus Hout
11 months ago
*Spoiler Alert* The Winnipeg Jets have struggled mightily when shorthanded this season.
Following a 4-3 shootout loss against the Vancouver Canucks, Jets defenceman @Brenden Dillon was asked about going a perfect 5-on-5 on the penalty kill and responded with, “It was nice, a lot better than the previous 24 or 25 games. We talked and had a pretty honest meeting this morning (Friday) about where we were at.
“We feel like we have the personal to be a lot better. We have like 60 games to turn this thing in the right direction before playoff time, and we took a step in the right direction.”
Dillon continued, explaining “We’re the worst penalty kill in the league. We need to take some pride in that. We’re prideful guys and I know we expect a lot better from ourselves.” Despite their season-long woes, however, the Jets have killed off all seven penalties over the last two games. That’s great success!
In three of the last five seasons heading into 2021-22, Winnipeg’s penalty kill has been positioned in the bottom 10 of the NHL. This season is no different, except it’s worse. Currently, they’re ranked 31st with a miserable 68.4 per-cent success rate. Over the last 10 seasons, no team has finished the season with a percentage worse than 71.0 per-cent.
With that in mind, here’s hoping the Jets won’t prove to be the first organization to break that streak once the 2021-22 campaign concludes.
In 27 games, skaters like @Dylan DeMelo, @Logan Stanley, @Andrew Copp, @Adam Lowry, @Neal Pionk and @Brenden Dillon have acted as Winnipeg’s top penalty killers. On paper, the only player that stresses me out on the penalty kill is Stanley. He hasn’t performed well defensively, although he isn’t the sole reason this team has performed so poorly while shorthanded.
Then surely it has to be goaltender @Connor Hellebuyck, right? That’s where you’re wrong, my friend. Historically, Hellebuyck has posted a career .942 save percentage on the penalty kill. This season, he’s produced a .950 save percentage when his club has been shorthanded.
Without Hellebuyck standing on his head, the Jets would likely possess one of the worst penalty kills in league history.
It’s almost like coach Paul Maurice and his staff sat down, played NHL 22 and discovered they can score on the penalty kill if they play aggressively. Don’t get me wrong, it’s fun to watch Lowry and Copp cruise up the ice on a 2-on-1 rush, however, I’d rather watch them be successful while shorthanded.
Back on Dec. 9 against the Seattle Kraken, it felt like the first time where the Jets weren’t stationary on the penalty kill as they killed off all five power plays. Finally, it seemed like they were actively looking to clear the puck rather than looking for chances to go down the ice for a quick short-handed goal.
I seriously hope the Jets can continue their recent success on the penalty kill, but if they can’t do that can’t, there must be a shake-up with the coaches, not the players. Even with captain @Blake Wheeler expected to be sidelined for an extended period of time, this team still has the personnel to be successful while shorthanded.
What do you think needs to change on Winnipeg’s penalty kill? Who’s to blame? The players, the coaches, or someone else? Let me know in the comments below.
Uncategorized
Recent articles from Angus Hout