What Will Make the Defense Better 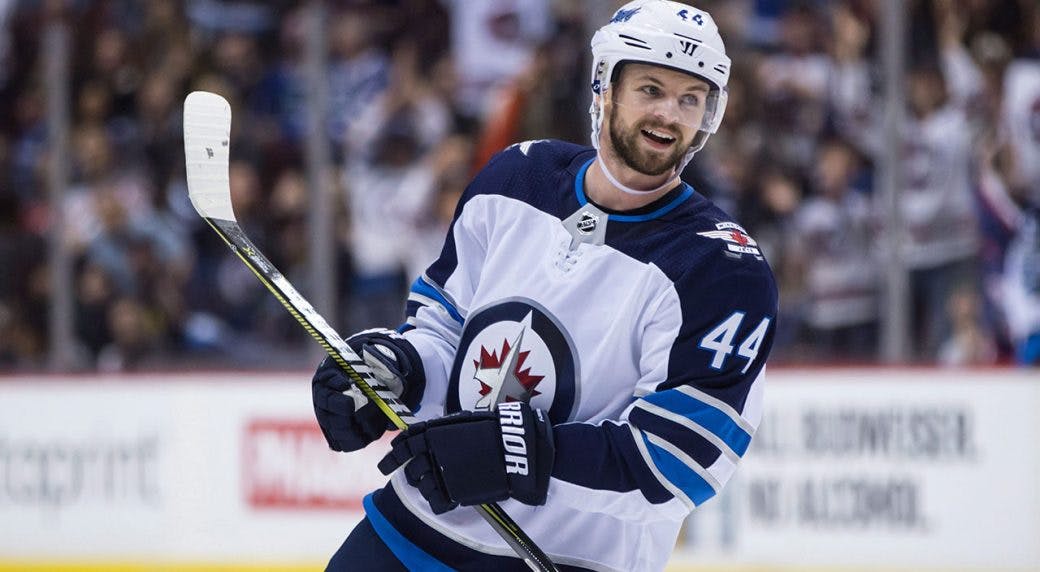 By Angus Hout
1 year ago
I was going to write about the defense but we can worry about that another time. Let’s stay positive and talk about how great it was to see a comeback, and the fact the Jets’ offense can score and win a game when it looks like they are down and out.

Mandatory Credit: Bob DeChiara-USA TODAY Sports
Once the Jets were locked into the offensive zone there wasn’t much that was going to stop them. You could see firm calm passes even when the Jets were down 3-1 you didn’t see that panic that a lot of other teams would present. Of course, there was still mistakes but for the last 10 minutes of the game the Jets were focused on driving hard to get back in the game and I respect them for it.  The Jets only had 12 shots in the first 32 minutes of the game, which will get them into more trouble further into the season. The Jets can not be looking for this perfect shot. If you watch the Oilers that’s what they’re always looking for and this season so far it has not done them any good, and the Jets need to get out of that perfect shot mindset now and just be a gritty lunch bucket team that will get greasy goals.
So the first goal from Lowery was a solid tip and it came from getting shots on net; which if the jets want to win games they need to apply that pressure.  I know it’s a cliche but getting pucks at the net is how the Jets will win games against some teams like the Sens, the Oilers, and Leafs.
The second PP goal from Kyle Connor is what needs to happen while Laine is out, Connor has a rocket of a shot that is overlooked so often because the Jets have Laine. I love seeing Connor blast the puck home. The top PP looks better and better every time they go out without Laine. Obviously, it’s better with him there but let’s just be stoked about Connor’s one-timer that put Murray on his back!
The third goal where Brossoit was pulled went far better than I expected. When Scheifele sent it between the two defensemen I was fully expecting the game to be over there. But the Jets aren’t done until the final buzzer sounds, that’s what I love most about this team. Again, I’m going to say it the Jets just need to fire shots off and start doing as early as they can because tying the game with 77 seconds left in the game is going to send me to my grave early. But that’s OK because the shot from the point is great and even better when it goes in. I was getting annoyed by Morrissey but that final goal brought him back into my good books. Other teams and even other players would have gone for the pass in that situation, but taking the gamble on the screened shot is how you’re going to win against the Sens this season.
The OT Winner. First of all, I love three-on-three overtime it’s the best thing the NHL could have done. The Jets have a great team for it too. The fact the play started all the back in the Jets zone and moved forward leading to the goal by Ehlers.
Long story short the Jets just need to shoot because when they do great things happen. “You miss 100% of the shots you don’t take.” The greatest goal point scorer had a great point when he said that. We saw that with the Jets and we will see that in most games. The Jets have great goal scorers, they need to shoot and own the offensive zone that’s how they will win games. If the Jets put all the pressure on the goaltenders, it’s going to get ugly after game 35 if that’s the case. Because if I’m being honest the Jets’ defense will not be the reason they’ll win a lot of games. So take the pressure off of Hellebuyck, Brossoit, and the defense, just fire at the net because who knows what might get in there.
Uncategorized
Recent articles from Angus Hout