What Needs to Happen to Win the Stanley Cup? 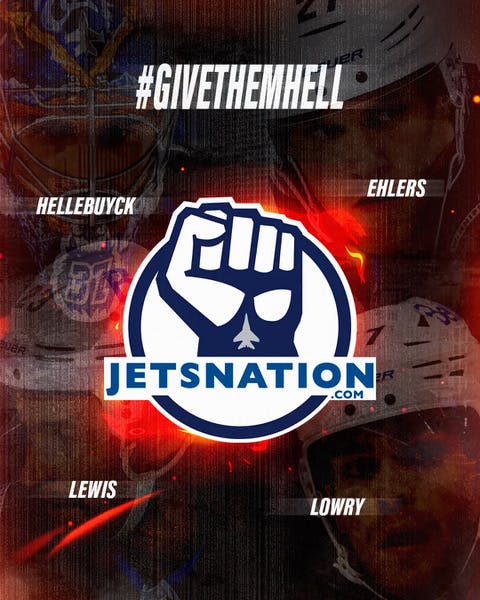 By Angus Hout
1 year ago
I know my last two articles about the playoffs have been pretty harsh on the Winnipeg Jets… But last night, Tyler Yaremchuk of TSN 1260, writer at Oilers Nation and Bluejays Nation asked me what would need to go right for the Jets to go all the way and win the Stanley Cup? According to our friends at OddsShark.com, the Jets are plus 3000 to win it all. If you don’t understand what that means, basically, if you bet $10 on the Jets to win the Stanley Cup and they win, you walk away with a cool $300. The Jets are the third least likely to win the Stanley Cup, I can understand that. The Jets have a monster of a mountain to climb if they want to make it out of the North Division and beyond that point as well. But there’s almost always an underdog team who shows up in the finals and sometimes wins. So why can’t it be the Jets?

We saw last year when @Mark Scheifele went down with an injury, it messed the Jets and no one could step up into his spot. The same thing occurred this year when @Blake Wheeler and @Nikolaj Ehlers went out with injuries. When a star goes down, this team suffers hard and it leads to more losses than wins. The Jets aren’t the only team that can run into this problem, but we know if anyone on the top two lines goes down you might as well start booking those tee times.

Everyone Needs to go Super Nova in Their Own Way

It’s a cliche, but if the Jets want to win the Stanley Cup everyone needs to just be feeling “it.” No off nights and tons of prayers to the hockey gods. Everyone in the Jets’ lineup needs to be a $10 million player in their own way. I would say most players have shown they can step up at times this season. Now’s the time for everyone to show up together. Scoring goals is a big one, but if someone can step up and start being a bully out there, that’ll get in the minds of the players on the other team. The Edmonton Oilers probably aren’t sending out @Zack Kassian to be a goon, he’s probably going to sit. So the Oilers only have @Darnell Nurse to stick up for @Connor McDavid, so why not piss them off and lay some big hits on him. When the Oilers try to get back at the Jets, they won’t be able to stand up for themselves. You don’t win a cup by playing nice, you have to be mean. I don’t want to see knee-on-knee action or slew-footing, just lay some big open-ice hits. There’s no real “White Out” in Winnipeg this year and Bell MTS Place won’t be a party, so the players have to make their own noise. Along with the big hits, the Jets’ star players need to be scoring goals, it doesn’t matter if they’re greasy or highlight goals, they just need to put shots on goal and be a nuisance around the net. We know @Connor Hellebuyck can be an absolute beauty, make some big saves and also single-handedly win a round by himself. I hope we can see the Vezina Trophy winner in this postseason.

We all know the Jets have lost their ways in the last 12 games, only winning three of those contests. So other teams are going to look at Winnipeg for that and think, “we can beat them in five games no problem.” If you look at the Jets’ season before this implosion, they only lost back-to-back games three times in 2021. This team lost eight times in nine games and still made the playoffs, that’s not luck, that’s hard work. So let everyone think the Jets are an easy club to beat because it’s going to be great to watch Oilersnation lose their minds because McDavid couldn’t win the series by himself.
So let’s believe in a long White Out this year. Let’s prove to the league the Jets aren’t a team to be messed with and that they can do it without @Dustin Byfuglien, showing everyone they’re the team to bring Lord Stanley’s Cup back to Canada! Let’s #givethemhell and show them why the Winnipeg Jets are the best!
Uncategorized
Recent articles from Angus Hout