What do the Jets need to work on? 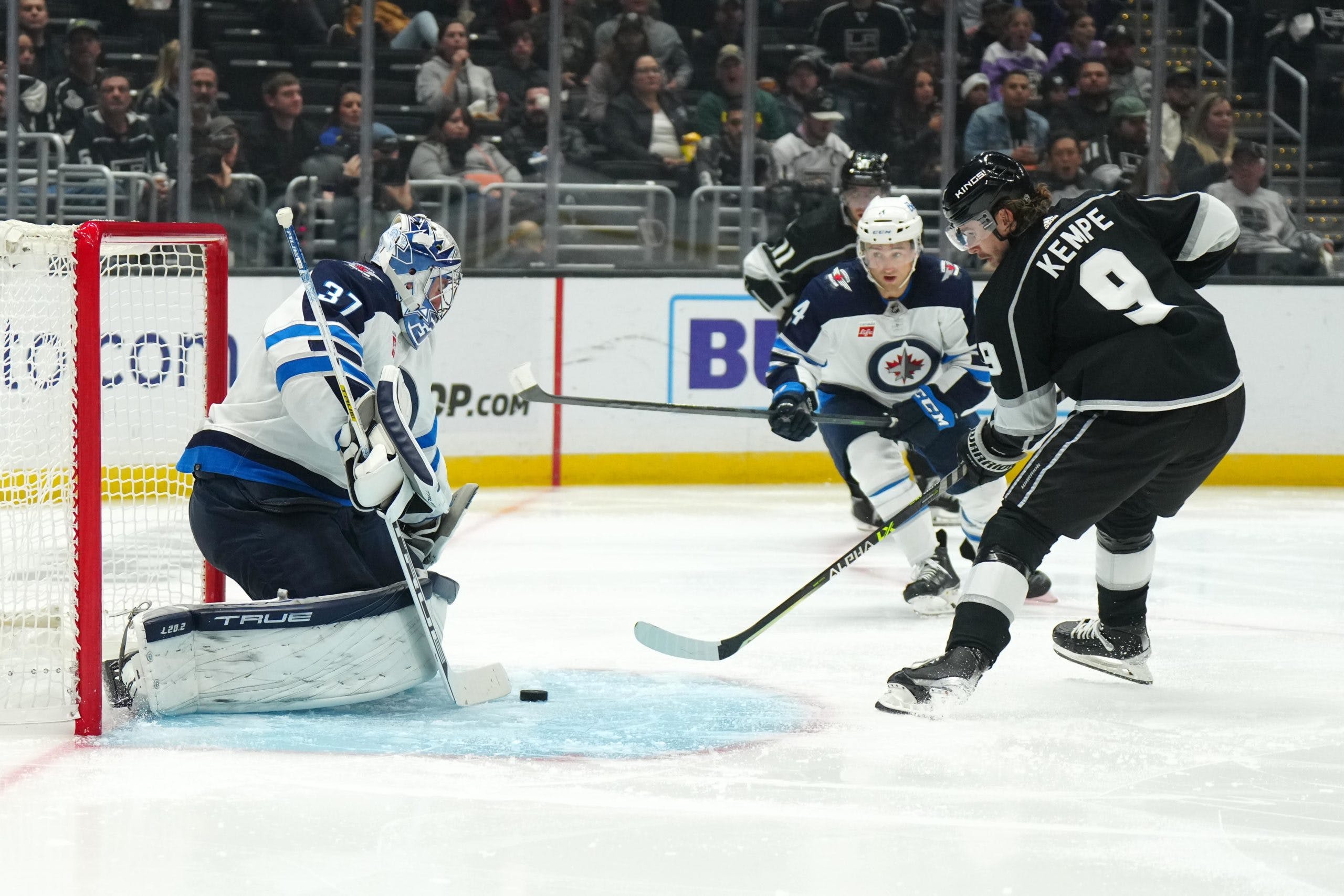 By Angus Hout
22 days ago
The Winnipeg Jets have picked up points in their last four games and have a record of 5-3-1 to start the season and are tied for first in the central. The Jets have been winning games without one of their most important forwards Nikolaj Ehlers.  Even though we are a little more than 10 percent of the way through the season. The Jets have looked really good for the most part but the Jets haven’t been perfect so let’s talk about the imperfections with this club.
Play your best game every game
The games that the Jets have shown the most jump are the games against the toughest opponents. The Jets showed up for most of the game against the New York Rangers, the Colorado Avalanche and the St.Louis Blues. Against those big opponents, the Jets would only allow four goals and would score 12 against them. Three of the best in the NHL and the Jets have plus-eight goals on these teams and have played their best hockey. Then we look at teams who weren’t seen as big threats the Jets have forgotten to show up. The game on October 27th against the LA Kings was one of those games where the Jets didn’t show up and they should have lost. The only reason the Jets had any chance to win that game against the Kings was the fact Johnathan quick had a sub-.800 save percentage and Connor Hellebuyck did his magic. The Jets had high-scoring chances against the Kings but they went in at an unusually high rate. If the Jets had just shown up for puck drop they wouldn’t have had to fight for the chance to win they would have just done it they were outshot 16-1 one point in the first period. That stat is an embarrassment and they deserved to lose. Don’t get me wrong I’m not mad the Jets won but the Jets needed to wake up. It’s the same thing with the game against the Vegas Golden Knights and the Arizona Coyotes just no fire in their step to start the game. I’m not expecting the team to be perfect all game long but just pretend like you’re trying. Unless you’re the fourth line thanks for trying as hard as you do.

This ties in with just playing the best hockey you can. In five of their nine games, this season the Jets have forgotten to show up for the first period. The games against the Vegas Golden Knights, the Toronto Maple Leafs, LA Kings and the Arizona Coyotes are all games where the Jets have had slow starts. It’s tough to watch those games where they have a slow start. In LA and Vegas, the Jets were lucky to only give seven goals between those two first periods. In LA it was like we are watching pylons in blue jerseys. In the first Vegas game, it was just comical errors that did the Jets over. For both of those games, the last 40 minutes of play looked amazing.n the second game against the Knights, the Jets only managed to get eight shots on the net in the first 40 minutes. If it wasn’t for Hellebuyck the Jets would be a bottom-feeder team.  A wise man used to tell me “Do as much work as you can early on and then you can screw around for the last little bit of work.” Play hard for the first 40 minutes and then if you have a three-goal lead toy around with your opponents just a little.
The power play sucks
The Jets during power play has been bad for the Jets early on. The Jets have only been successful 13.3 percent on the power play according to Hockey-refrence.com. That’s currently 26th worst in the NHL. To end the 2021-22 season the Jets finished the season scoring during 21.2 percent of power-play goals. The Jets’ power play has been buzzing all season long but they just haven’t been able to score on the power play in the last five games the Jets have gone 2/19. The Jets have been so close many times but they don’t ask how close were you they ask how many did you score. Really the Jets need to finish on the chances they have on the power play. It could be worse though the Columbus Blue Jackets still haven’t scored with the man advantage.
Win more faceoffs
The Jets winning faceoffs is not happening nearly as much as I would like to see. The Jets have won just 43.8 percent of faceoffs all season long. That’s the 29th worst in the NHL. They have won 50 percent or more just twice this season. The highest we would see from the Jets was game one of the season when they would win 50.9 percent of faceoffs against the New York Rangers. Against the Kings, on October 27th the Jets would win just 33.3 percent of faceoffs. Winning face-offs isn’t a stat we all need to worry about but you spend so much less time chasing the puck and probably causing your goaltenders and coaches less stress as well.
What else do the Jets need to work on in order to truly reach the top of their mountain? Let us know in the comments.
Editorials
Jets News
Uncategorized
Recent articles from Angus Hout