T’was the hour before Puck Drop 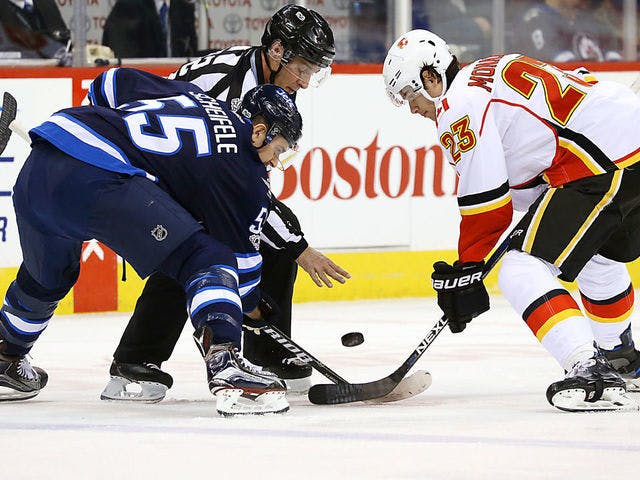 By Angus Hout
1 year ago
T’was the hour before puck drop; all through Winnipeg
not a person was bothered as the Jets are back.
All the tape jobs were done with care in hopes they can help get a hat-trick

The fans were nestled all snug in their beds,
While visions of rolling the Flames danced in their heads;
and Paul Maurice in his glasses and I wearing Appleton on my back,
we were amped up after a long offseason.
With a line driver, so lively and determined to do his job,
I knew in that moment it must be Andrew Copp.
More rapid than Moose our team came,
The PA shouted and called them by name;
“Here comes the opening Jets line-up
Come Scheifele! Come Ehlers! Come Wheeler!
On Morrissey! On Poolman!
Most Importantly on Hellebuyck!
Now play away and do what you can to get the puck!”
From my den, there comes such a holler,
the Jets are ahead thanks to Kyle Connor.
It started with a quick dash,
up came the light with a red flash.
The rink lights on the scratched ice,
made the tenth-anniversary logo so nice.
When what to my wonder eyes should appear,
but a team with a new crisp new jersey and a cold beer.
As months of offseason would be a worry; our boys would fly,
When their skates met the ice it would be like jets in the sky.
Back up the ice the players flew,
The taxi squad was full I saw Perreault there too.
And then, in a moment of rage
I saw one man go to the penalty cage.
The replay showed a cheap shot behind
Tkachuk had put the Flames in a bind.
He was dressed in red from his socks to his curly hair,
the Jets knew it to be fair.
They also knew he had to atone for hurting the captain from last year;
the Jets would shift into a new aggressive gear.
On the Power play Laine’s eyes, they twinkled! His stick, so bendy!
His feet locked at the top of the circles, his goal celly so merry!
His little smile went from coast to coast,
and his beard was still like a goat’s.
It would be a two to nothing game for the Jets,
I would win all of my bets.
Before I would shut it down I would hear Cuthbert say,
“So long from Winnipeg and farewell”
Uncategorized
Recent articles from Angus Hout