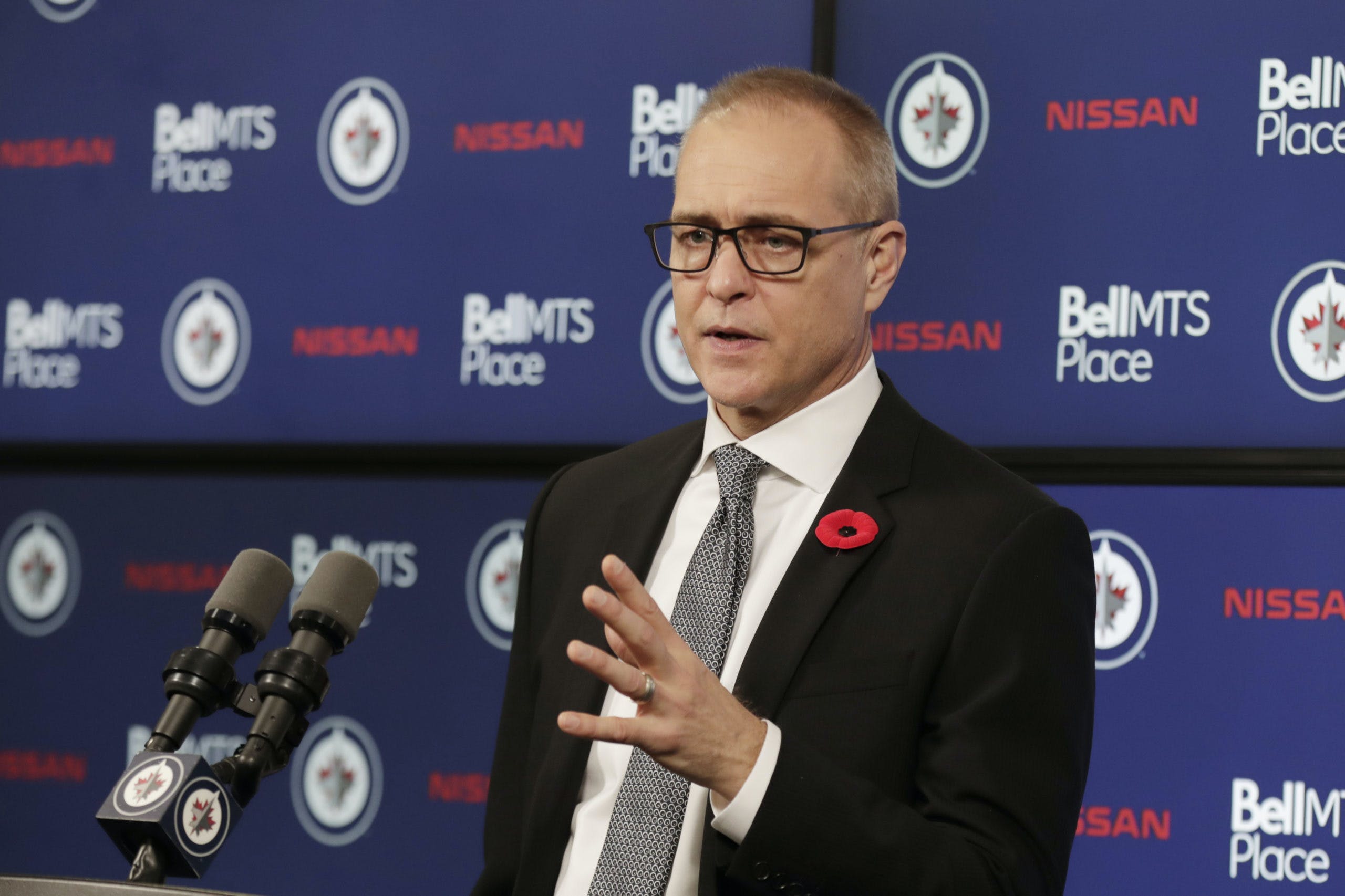 By Angus Hout
11 months ago
On Dec. 11, the Winnipeg Jets lost to the Buffalo Sabres by a score of 4-2, which was another dropped game against another bottom-feeding team. The Jets have now lost to the Arizona Coyotes, New York Islanders and Sabres all at Canada Life Centre this season.
Let’s have a look at why coach Paul Maurice needs to be fired now before things become any worse than they already are for the Jets.

Since joining the Jets organization in 2014, Maurice owns a 315-223-62 record, winning 52 per-cent of his games. During that span, Maurice has coached 600 games with Winnipeg and possesses the second-longest tenure among all active NHL coaches, according to StatsCrew.com.
Jon Cooper of the Tampa Bay Lightning owns the longest tenure, as he’s remained with the same organization since 2013 and features a 402 -203-57 record.
Cooper has been a Jack Adams Award finalist twice, has won the Prince of Wales Trophy three times, has coached at the NHL All-Star Game twice, has won the President’s Trophy once and has won the Stanley Cup in back-to-back seasons.
Maurice on the other hand has taken the Jets to the Western Conference Finals just once in his career, and also hasn’t won any awards during his tenure in the “True North.”  The history of the two longest-tenured head coaches in the NHL certainly have two very different resumes.

So far this season, the Jets have struggled mightily on special teams, particularly on the penalty kill. Among all 32 teams in the league, their 68.8 per-cent success rate is currently ranked second-worst in that department – second to just the Vancouver Canucks’ 66.7 per-cent rate.
At some point, Maurice and the rest of his staff deserve to take most of the blame for these miserable struggles while shorthanded.

Younger players need to work their way into the line-up, we already know this, but sometimes Winnipeg’s prospects are performing well enough to be full-time regulars and they still aren’t receiving enough opportunities at the highest level of competition.
Look at captain @Blake Wheeler through November, he looked slow and exhausted. I still believe he was recovering from the effects of COVID-19, however, I feel Maurice didn’t do enough to ease him back into game action. There probably should have been a few nights where the Jets’ captain sat out for a few poor performances.
When both Wheeler and @Mark Scheifele returned to the line-up on Nov. 2, they each started on the third line alongside @Adam Lowry, which looked really good at times. After the first two games, I think Scheifele could have moved up to the top line, but it was pretty clear Wheeler still needed to play down until he was 100 per-cent ready. Frustratingly enough, both skaters moved up to the top line and, coincidentally, this team endured a pretty round finish to the month.
Most of those losses probably could’ve been avoided if not for some ineffective line juggling.

Working With a Pretty Solid Line-Up

The Jets are dressing a team with plenty of talent and grit every night. Yes, the bottom lines could still use a little fixing, but otherwise, this club features a strong player base that should be scoring far more consistently than they have previously.
Winnipeg has scored 83 goals in 2021-22, which has them listed 15th overall. Yet, if you look at the Jets line-up, that’s headlined by @Kyle Connor, @Nikolaj Ehlers, @Pierre-Luc Dubois and Scheifele, one would think this franchise would be sitting much higher on the leaderboard in terms of offence.
Let’s not forget about one of the best goaltenders in the league, in @Connor Hellebuyck, who was drafted in the fifth round of the 2012 NHL Draft. Since 2017-18, the 28-year-old netminder has registered a 143-80-24 record, a 2.61 goals-against average, a .918 save percentage and 19 shutouts over 255 games played.
Oh yeah, and he won the Vezina Trophy in 2019-20.
With all this all-star talent, you’d think the Jets would be a continuous championship contender year after year, right?

Towards the end of last season, the Jets endured a seven-game losing streak; their longest of sorts in Jets 2.0 history. In 2021-22, we have seen losing streaks spanning from three, four and five games. This has been happening a lot and it can’t be good for the team morale.
These extended losing streaks are obviously frustrating for the fans as well as the players, and at this rate, perhaps we’ll be the next fan base to throw a jersey onto the ice.

The Jets could – and probably should – fire everyone but Dave Lowry, and then let him choose his own coaching staff.
Previously, he’s enjoyed a ton of success while coaching in the Western Hockey League. While coaching with the Calgary Hitman and Victoria Royals, the 56-year-old made seven separate playoff appearances before joining the Los Angeles Kings as an assistant coach in 2017.
Lowry knows the Jets’ systems, is under contract and would make plenty of sense as Maurice’s immediate replacement.
Todd Nelson would be another potential candidate and is currently an assistant coach with the Dallas Stars, but he has had success in the AHL before, winning the Calder Cup in 2016-17 with the Grand Rapids Griffins. In the AHL, he consistently coached his team to playoffs, resulting in seven appearances between the Griffins and Oklahoma City Barons.
Let me know in the comments below if you’d fire Maurice, if so, who’d you replace him with?
Uncategorized
Recent articles from Angus Hout