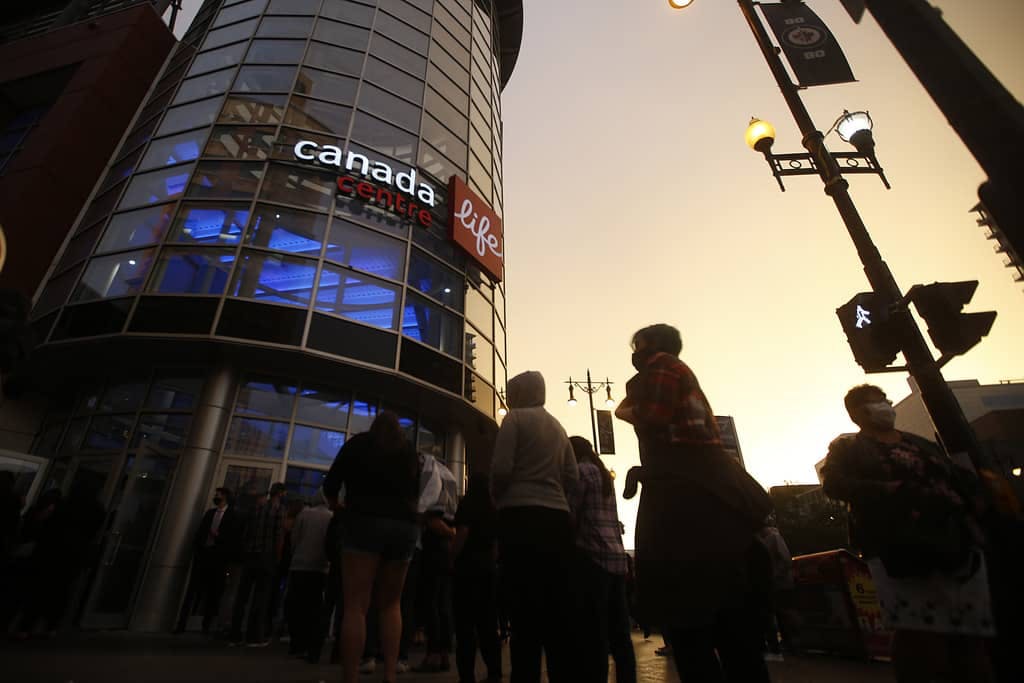 By Angus Hout
1 year ago
It’s been another busy week for the sport of hockey, intriguing storylines keep popping up everywhere you turn, involving the Winnipeg Jets and the other 31 National Hockey League teams as well.
I’ve got a couple of thoughts from around the NHL and what’s been happening in the hockey world. So let’s dive in.

Last week, the NHL announced fans could only bring their bags into games if it was the size of a clutch, 12-inch by six-inch by three-inch to be exact – not exactly an ideal situation.
This policy was introduced for COVID-19 safety protocols – I’m not looking for your thoughts on vaccinations or anything because I have my thoughts and you have yours – in an attempt to prevent further spread of the virus. I’ve been to four different NHL arenas, three CFL stadiums and countless music festivals where people can bring their purses in and every time I watch security use a drumstick and a pair of gloves to do a quick search. That already seems pretty safe to me.

I’m aware most women don’t have pockets for their wallets, phones and keys, meaning they’re the ones who’re suffering from these new protocols. In turn, it makes life even more difficult for those same people, and for me personally, I have to start carrying my partner’s stuff around in my pockets since she can’t bring her bag in anymore.
That being said, please respect the gate guards and don’t make their job any harder than it needs to be.

Former New Jersey Devils prospect, Nikita Popugaev, has retired from professional hockey to pursue a career as a social media influencer. Yeah, that’s apparently a thing now.
Popugaev was drafted by the Devils in 2017 as a fourth-round draft pick. He never played a single game in the NHL but did play with the Binghamton Devils in the AHL, where he played 17 games and scored five points in 2018-19. Last year, the Russian native played in the KHL with Dynamo Moskva and Neftekhimik Nizhnekamsk, scoring six points in 25 games.
After his short professional career, Popugayev has decided to try something new and has been joined by YouTuber, Andrei Repin, for a prank video, which I’m sure will be a great launching pad for the new social media star. Popugayev owns just under 23,000 followers on Instagram with many of his posts hovering around 1,000 likes.
I don’t blame him for the career move, if you don’t love what you do then what’s the point?

Oilers (Finally) Did Something Great!

I do love ripping on the Edmonton Oilers. They broke my heart one too many times, but every now and then they get something right. Joey Moss, an Edmonton legend who suffered from down syndrome, passed away last October at the age of 57.
Moss was known for being one of the faces of down syndrome, and overall, an all-around great guy in the dressing room for both the Oilers and Edmonton Elks. To show their continued support and respect, the Oilers made a bronze bust of him giving a high five to players on their way to the dressing room. So good on them for recognizing one of the greatest citizens in Edmonton.