Three Things I Want to See in Round One 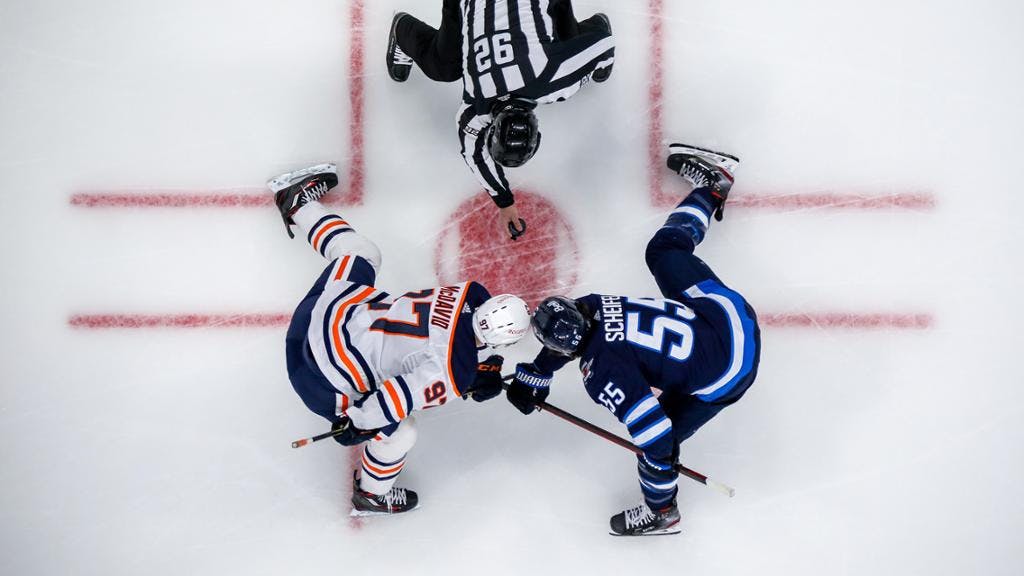 By Angus Hout
1 year ago
So there’s not much time until the Winnipeg Jets and the Edmonton Oilers faceoff against each other in the first game of their upcoming playoff series. This is the first time these two teams have seen each other in the playoffs since 1990, where the Oilers came back from a 3-1 series deficit and beat the Jets and would later win the 1990 Stanley Cup. There are three things I would like to see out of Winnipeg during this first round.
Most of us know, athletes have weird superstitions. But why don’t coaches? I want to see head coach Paul Maurice grow a gnarly playoff beard. I went looking through the Internet to see if there were any photos of him with a beard. I had no luck, that guy keeps a tight shave. But I say break tradition. Maurice was the youngest coach to win 1,000 games in the NHL, but still no Stanley Cup for him or Winnipeg. Will growing a beard actually help the Jets? Probably not, but the hockey gods might respect the change and push this team past the Oilers. Here is an artist’s depiction of what Maurice could look like with a beard

In all seriousness, the Jets need to be aggressive in the paint. The Oilers are most likely to start netminder @Mike Smith for most games in the playoffs. This season, he has played like a Vezina Trophy candidate, the 39-year-old is 11-13 in the playoffs and has a .934 SV% and a 2.32 GAA. Those are some spooky numbers to go against, but he is a 39-year-old with a temper. The Jets need to get in his paint and bother him. The moment the Jets are in the Oilers zone, someone needs to get to Smith and block his sight. When he leaves the net, which he’s notorious for, someone needs to stand in his way. That said, Winnipeg doesn’t need to take a goalie interference penalty, but they need to get into Smith’s head because it seems like the Oilers have gotten inside of @Connor Hellebuyck’s head. Against Edmonton this season, Hellebuyck owns a .820 save percentage, although he recorded a .916 save percentage overall. The Jets don’t have a @Connor McDavid or @Leon Draisaitl, but who cares once you rattle Smith. The Oilers have @Mikko Koskinen as the backup, the guy who allowed four goals on four shots earlier this season and a goaltender most Oilers fans have turned their backs on. If the Jets break Smith early, it’s their series to win.
The last thing I want to see out of the Jets is some heart. They’ve lacked this trait in the majority of the last 15 games. Even the last win against the Toronto Maple Leafs was a lackluster affair. Once the Jets had their playoff spot more or less locked up, they forgot to show up in most of these games. Blame it on the @Nikolaj Ehlers injury, but you can’t watch goals dry up that fast and that’s been one of the most frustrating things about the last few games… it’s the lack of apathy from the Jets. It was like this club proved the experts wrong, a lot of them didn’t think they were going to make the playoffs because of last season’s brutal play-in round. You don’t get a banner for proving the experts wrong, so they need to play with heart and push this series with the Oilers rather than chasing it.
Let me know what you want to see out of the Jets in round one and if you have a photo of Maurice please send it my way. You can comment below or hit me up on Instagram or Twitter, my handle is @angushout, and rolling into the playoffs let’s use the #givethemhell.
Uncategorized
Recent articles from Angus Hout