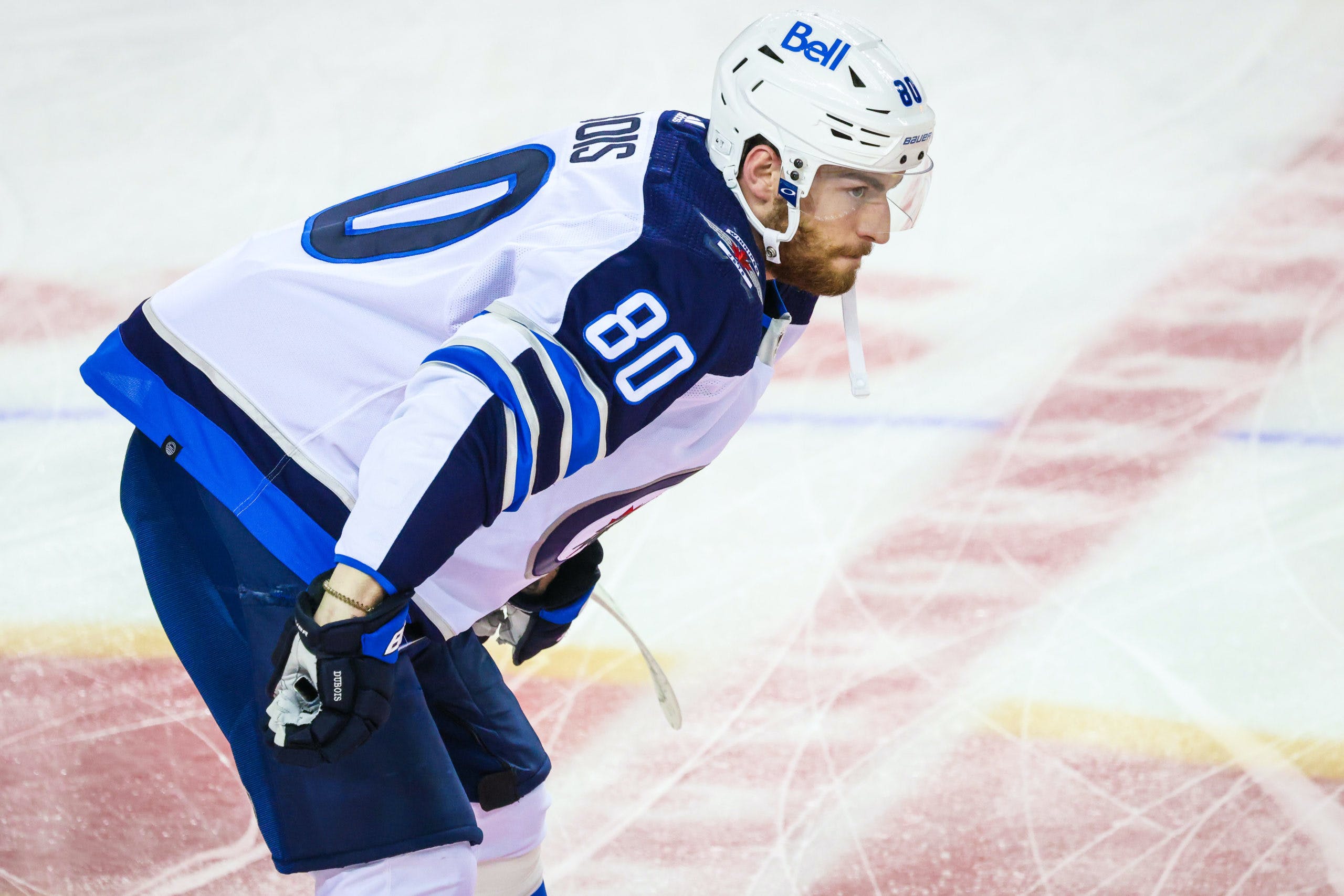 By Angus Hout
1 year ago
As we inch closer and closer to the start of the regular season, the pressure is starting to ramp up surrounding the Winnipeg Jets. With the pre-season all wrapped up, thankfully, meaningful games are just around the corner, with the season opener against the Anaheim Ducks set for Oct. 13.
So let’s look at the three Jets who’ll be facing the most pressure from the fans, management and themselves this season.

@Pierre-Luc Dubois is easily going to have the most pressure from the fanbase on him this season. There were plenty of reasons for Dubois not to play well last season, most notably, the fact he was required to quarantine for 14 days after entering Canada. Since he was traded for @Patrik Laine, most fans can’t help themselves but compare the two together, at least until one of them changes teams.
If Dubois can outperform Laine early in the season, he’ll likely be able to alleviate some of the pressure off himself. But if Laine starts the season hot, I could see parts of the fanbase losing their minds on Dubois, which I really hope doesn’t happen.
For now, let’s continue to believe Dubois will prove to be a cornerstone in the Jets’ lineup moving forward.

The captain wants a cup, @Blake Wheeler is starting to get older and he knows the sun is starting to set on his career. With that knowledge, Wheeler seems to be starting to put even more pressure on himself to push the Jets over the hump and advance them to a Stanley Cup Final.
When I’ve listened to Wheeler speak during interviews, you can hear some of the tension and almost impatience in his voice, almost like he can still improve his game and he can’t do that while talking to reporters. Between trying to make the 2022 Winter Olympics and pushing for Lord Stanley’s mug, Wheeler is probably facing a ton of personal pressure among everything else.

I don’t blame @Ville Heinola for wanting more ice time at the NHL level, he deserves it, but it’s going to be very difficult for the 20-year-old to crack Winnipeg’s opening night roster, especially given his age and the fact @Logan Stanley wasn’t seriously injured after blocking a shot a few games ago.
With that in mind, Heinola could face some internal pressure during the regular season if he searches for perfection in an attempt to surge into the NHL on a regular basis. Though the former first-round pick is likely headed to the Manitoba Moose to open the 2021-22 campaign, he’ll just need to bide his time without making any major changes to his craft.
As we all know, coach Paul Maurice is extremely tough on younger players, however, there’s no doubt we’ll see Heinola up with the Jets at some point this season – it’s just a matter of time.

On Jets Nation Radio earlier this week, I discussed how @Eric Comrie could face some pressure from all sides this season. He might not endure much stress out of the gate, but by the time we get to December, there might be a different tune.
If Comrie owns a losing record and the Jets are fighting for a playoff spot, it might be difficult for the 26-year-old to battle through that pressure, especially if he’s feeling it from his teammates, management and the fanbase.
Who do you think has the most pressure on them going into the new season? Let me know in the comments below.
Uncategorized
Recent articles from Angus Hout