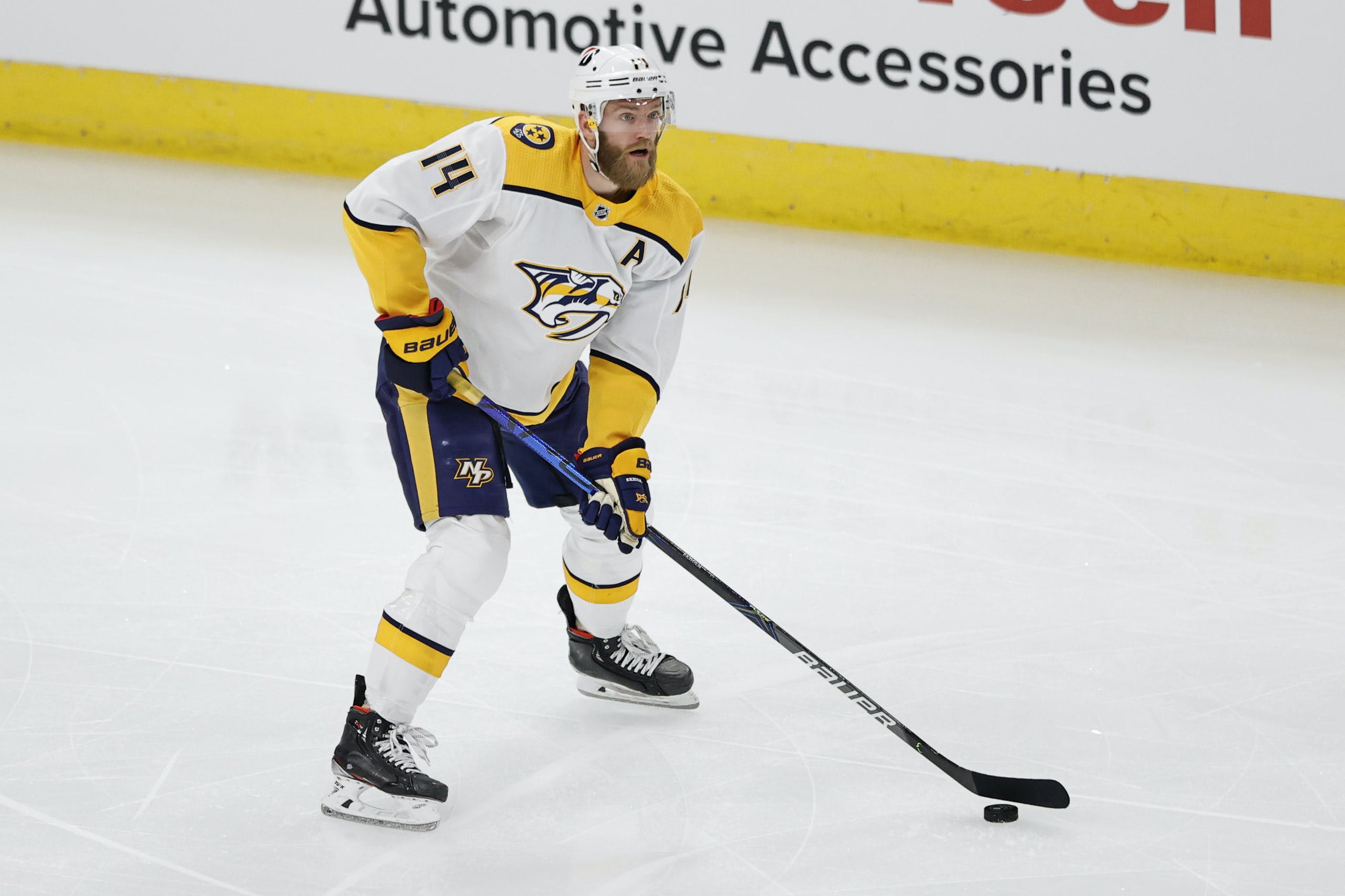 By Angus Hout
1 year ago
The Winnipeg Jets are in desperate need of a top-pairing defenseman and a leader who can take some pressure off this team’s current defensive core. I’ve got three defensemen who I’d like the front office to chase this off-season.

Let’s get this one out of the way. Earlier this week, Elliotte Friedman of Sportsnet tweeted out, “There are rumblings Chicago is working on a potential @Duncan Keith trade to either the Pacific Northwest or Western Canada. Word is Keith and the team are working together to get him to a place he wants to go. We will see where this goes.”
Why not bring the 37-year-old Stanley Cup winner to the Jets? I know I’ve gone on about @Blake Wheeler getting up there in age, but he has such an albatross of a contract where Keith’s salary is a little more manageable. If the Chicago Blackhawks can absorb some of his remaining salary, which features a cap hit of approximately $5.3 million over the next two seasons, it’s a worthwhile deal.
Last season, Keith produced four goals, 15 points, 30 penalty minutes and a -13 rating through 54 games. The man I would trade in this deal would have to re-sign but is a pretty identical player to Keith he just made significantly less money. Ideally, the Jets would send a 2021 third-rounder and a sixth-round pick in 2022 in exchange for Keith and cash.
The reason I see this working for the Jets is Keith was born in Winnipeg and he wants to play in Western Canada, so why not play where you’re originally from? He’s also a veteran leader who can provide some guidance to the young defenders on this roster. Even if Keith only plays around 60 games next season, that leadership would likely be a massive boost for the Jets.

@Mattias Ekholm, who was targeted by management at the trade deadline, is a 6-foot-4, 215-pound defenseman. Ekholm is far cheaper than Keith, as he’ll earn $3.75 million in 2021-22, has more in the tank in the long run and can also rack up points, which the Jets desperately need from their back-end.
The 31-year-old registered six goals, 23 points, a +19 rating and 14 penalty minutes over 48 games this past season. In the playoffs, Ekholm recorded three points and 12 shots on goal through six games against the Carolina Hurricanes.
Since Ekholm is still in his prime and is currently producing at a high rate, acquiring him will undoubtedly cost more than trading for Keith. Hypothetically, the Jets could trade @Andrew Copp in a one-for-one acquisition, or they could send this year’s first-round pick and the Columbus Blue Jackets’ 2022 third-rounder.
Either way, Ekholm could significantly improve Winnipeg’s defense next season and hopefully beyond that point as well.

On Friday, The Fourth Period suggested that Vancouver Canucks defenseman, @Nate Schmidt, may want out.
In 2020-21, Schmidt played created five goals 15 points, four penalty minutes and a -7 rating through 54 games on a pretty weak Canucks team. The reason I would want to see Schmidt come to the Jets is he’s a passing machine who can pick up assists left and right. When he played for the Las Vegas Golden Knights from 2017-2020, he averaged 0.39 assists per game and he could replicate those same numbers with the Jets.
Considering Schmidt endured a very disappointing performance this past season, Winnipeg could acquire him for a bargain if they’re willing to take on the majority of his remaining contract, which will come with a cap hit of $5.95 million per season through 2024-25. Assuming the front office would be willing to take this route, perhaps they could make this happen by sending a couple of draft picks in return, potentially a future third and sixth-round pick.
By all accounts, Schmidt could help improve @Josh Morrissey’s game and allow this new pairing to effectively matchup up against other all-star players, which would likely push @Tucker Poolman to the third pairing.
Would you like to see one of Keith, Ekholm or Schmidt join the Jets? Or is there anyone else you want to see the Jets trade for? Let me know in the comments below or hit me up on Twitter or Instagram – @angushout.
Uncategorized
Recent articles from Angus Hout