Three Candidates Who Could Be The Next Jets Captain 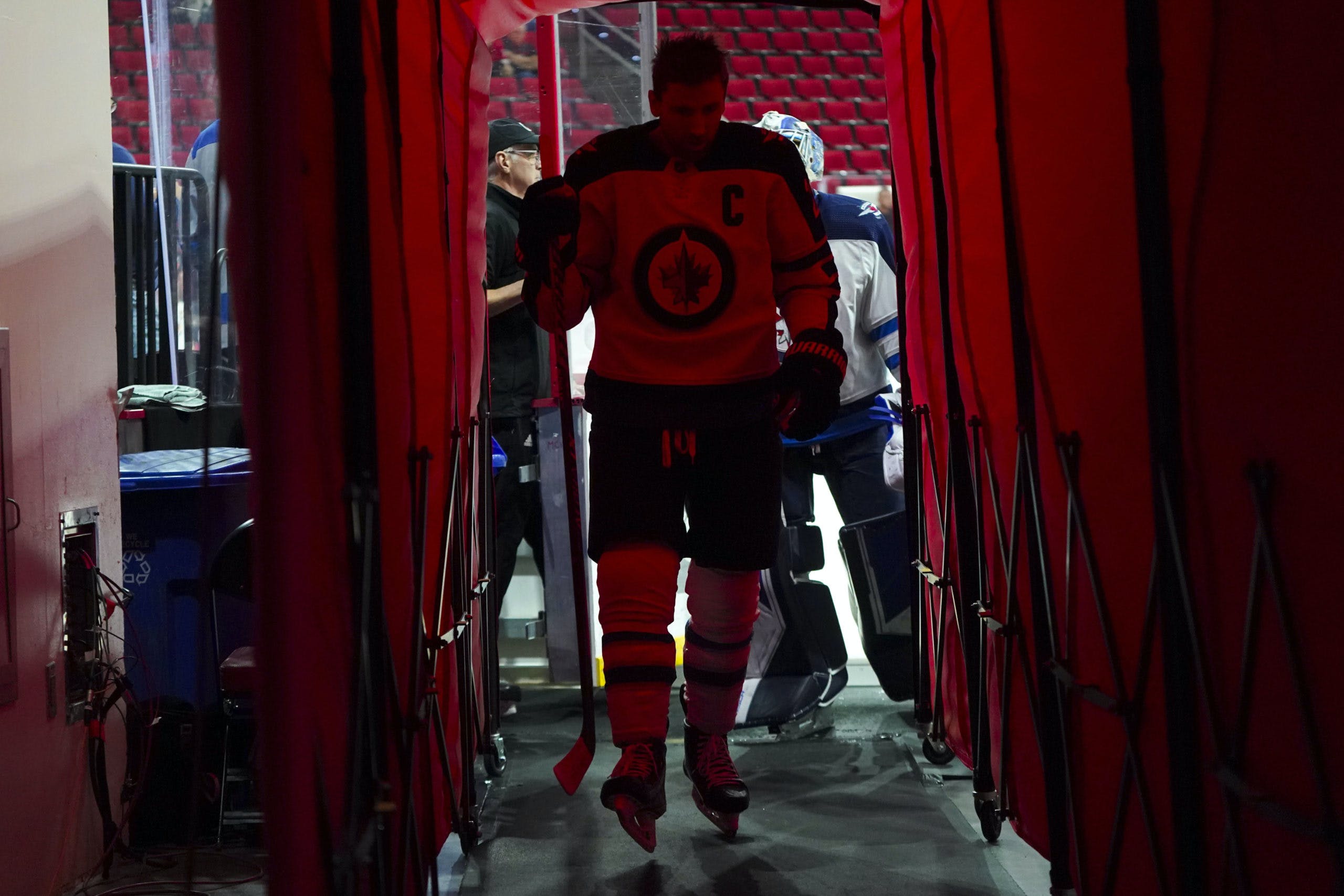 By Angus Hout
2 months ago
On the morning of September 16th, the Winnipeg Jets would officially strip Blake Wheeler of his captaincy. Wheeler has been the Captain of the Jets since August 31st of 2016. A fantastic birthday gift from the organization to the former captain.
“It is the determination of the coaching staff that we will enter the 2022–23 season without a specific captain, but rather a group of assistants still to be determined,” new coach Rick Bowness said in the statement. “It is our goal to expand the leadership base within our hockey team.
When you consider the facts that both Wheeler and the Jets organization were looking at trades during the summer and it seemed like there was a riff in the Jets locker-room It shouldn’t come as a shock to anyone that Wheeler lost the “C” once Bowness became the head coach. I think it was the best possible move for the Jets. He is the only remaining member of the Atlanta Thrashers, he still plays a great game of hockey and can be a veteran presence in the room. Assuming Wheeler keeps his word and this change does not affect him this will be the best move for the Jets.
Let’s explore who the next Captain of the Jets could be.

Yes, the young Cole Perfetti who has only played 18 NHL games is a top candidate for being a captain. Why? A ton of teams are going for the youngest star player who will stick with the team long term. He has the potential to be a great face for the team. Look at the Ottawa Senators with Brady Tkachuk the Montreal Canadiens and Nick Suzuki, or Sidney Crosby with the Pittsburgh Penguins. When these men were named captains of their team, they were young talents that were going to stay with the team long term. Young faces seem to be a solid choice for many of the organizations in the NHL. Do I think Perfetti has earned the big-time responsibility of being the Jets captain? Not overly, but looking at this as a business venture and to earn that sweet sweet dough Perfetti could be the captain if he has a phenomenal full season and speaks well to the media. Go back and watch his media availabilities for the young stars’ tournament.  It would be a slam dunk for the Jets to make him the captain. He might need to wait 2-4 years and if the Jets can find a stop-gap captain or just captainless for two years it might be worth the wait.

The 2011 second-round draft pick Adam Lowry is a heart and soul guy. I know I sound like an old man saying a third-liner who fights and plays a gritty game should be captain. I love guys like that someone who is willing to take off the mitts and throw punches to make sure their boys are taken care of. Lowry is a hard-working man on and off the ice and someone who can talk to the media incredibly well. Lowry is starting getting up there in age, he is 29 now and if the Jets wait for another to announce the captain year he’ll be 30 turning 31, at that point. Lowry will be on the back-nine of his career at that point and will start to show signs of slowing down a few years into gaining the “C”. Fans(myself included) would be losing their minds in the best possible way with Lowry at the helm of the team even if it is just a few years. He might be the sexy choice on paper but he is one of the longest-serving Jets who shows up every single game and should get looked at as the third Captain in Jets 2.0 history. In all honesty, Lowry is my first choice for the next man to wear the “C”. He might not be a long-term captain but he would be a solid guy to have around as the Captain for a few years as he did sign a semi-long term contract extension just last off-season.

Josh Morrissey is the only guy on the Jets who has a letter on his chest that truly deserves it. Morrissey rarely takes a night off for the Jets he was a guy who was thrown into the deep end after the 2019 playoffs. After the departure of Tyler Myers, Jacob Trouba, Brandon Tanev, and Dustin Byfuglien.  Morrissey wasn’t complaining about it he was out there doing his job, sure he has been over his head at times but like JFK said. “When the going gets tough the tough get going.” Morrissey hasn’t stopped rolling since he joined the organization. Although I would be shocked if Coach Bones decides to go with Morrissey based on just having an “A” on the front of his jersey. If he continues to just be himself and plays hard it would make sense to have Morrissey take the next logical step in leadership and put the “C on his jersey.
Who else would you like to see as the next captain of the Winnipeg Jets?
Uncategorized
Recent articles from Angus Hout