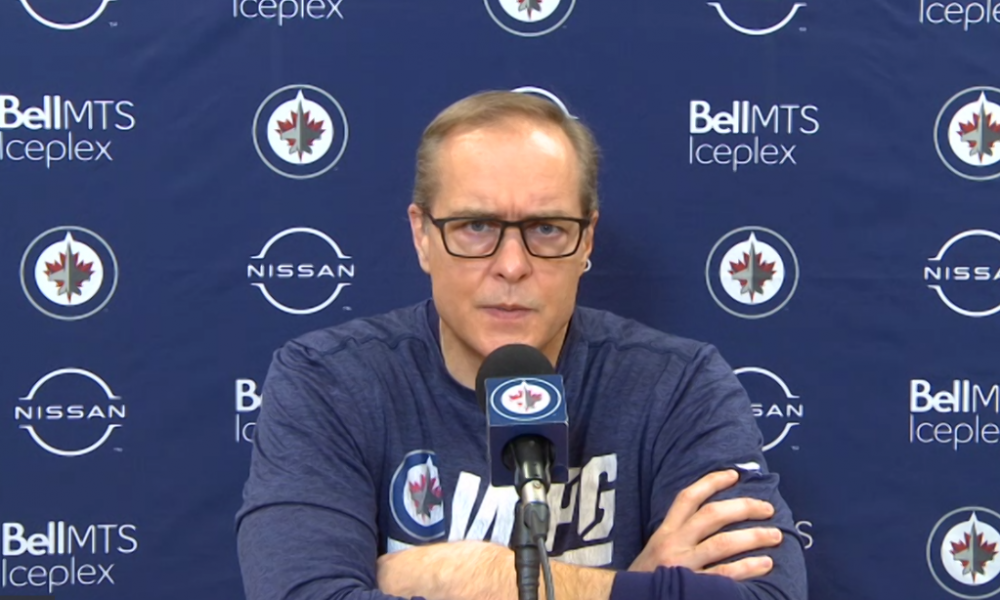 By Angus Hout
1 year ago
In my last two articles, I have been really hard on Paul Maurice. I felt that he had bad qualities that were hindering the Winnipeg Jets and resulting in these frustrating losses. I do think there’s still some blame to be placed on Maurice, but he shouldn’t be public enemy No. 1 amongst the fanbase. You don’t get the second-longest tenure in the NHL by accident, it takes some good work and lots of patience. So let’s look at why Maurice should remain as Winnipeg’s head coach.
Coming into this season, the Jets were seen as a joke team by many experts and most of them didn’t view this team as a playoff contender. But the Jets and Maurice took that as a challenge, before they took that seven-game losing streak, they were competing for top spot in the North Division. Prior to that miserable losing skid, Winnipeg had only lost consecutive games in regulation three separate times – that’s good coaching.
The seven-game losing streak didn’t look great on this team, the captains or the coaching staff. But when it came down to when it mattered most in the first round, the Jets were ready for @Connor McDavid, and the rest of the  Edmonton Oilers. It takes a great game plan to shut down McDavid for a full contest and it takes an even greater plan to shut him down for four straight games. It’s not like @Neal Pionk just decided to be a thorn in McDavid’s side going into Game One, Maurice made that matchup choice. He got his players to assume bigger roles and it worked to their advantage.
Even with @Mark Scheifele out, the Jets gave the Montreal Canadiens a run for the their money in Games Two and Four. I’ve never heard that he’s unreasonable with his players, he just knows how to hit the right buttons with them and when the Jets make the playoffs they usually surprise everyone. I would be willing to say that’s on the coach. NHLer’s are some of the best athletes who play one of the weirdest games, where luck sometimes beats skill, and if you’re a head coach sometimes what you teach doesn’t matter. But you have to motivate your players the right way, when the bounces aren’t going your way, Maurice does those things very well.
Maurice also stands up for his players. After the Scheifele hit on @Jake Evans, Maurice talked about it and defended one of his best scorers. He doesn’t throw his players under the bus to the media and oftentimes finds the silver linings within his players. Coaches who do that generally get more out of the majority of their players.
Given the rosters that Maurice has worked with, how tough the previous Central division was and how tight the North was supposed to be, he’s given the city of Winnipeg an entertaining team every single season. The Jets have never had true superstars or any top-ten players in the league, but Maurice has still been a great coach and a lesser coach would have likely been fired years ago.
Let me know what you think of Maurice and his coaching in the comments below or you can hit me up on Twitter or Instagram – @angushout.
Uncategorized
Recent articles from Angus Hout