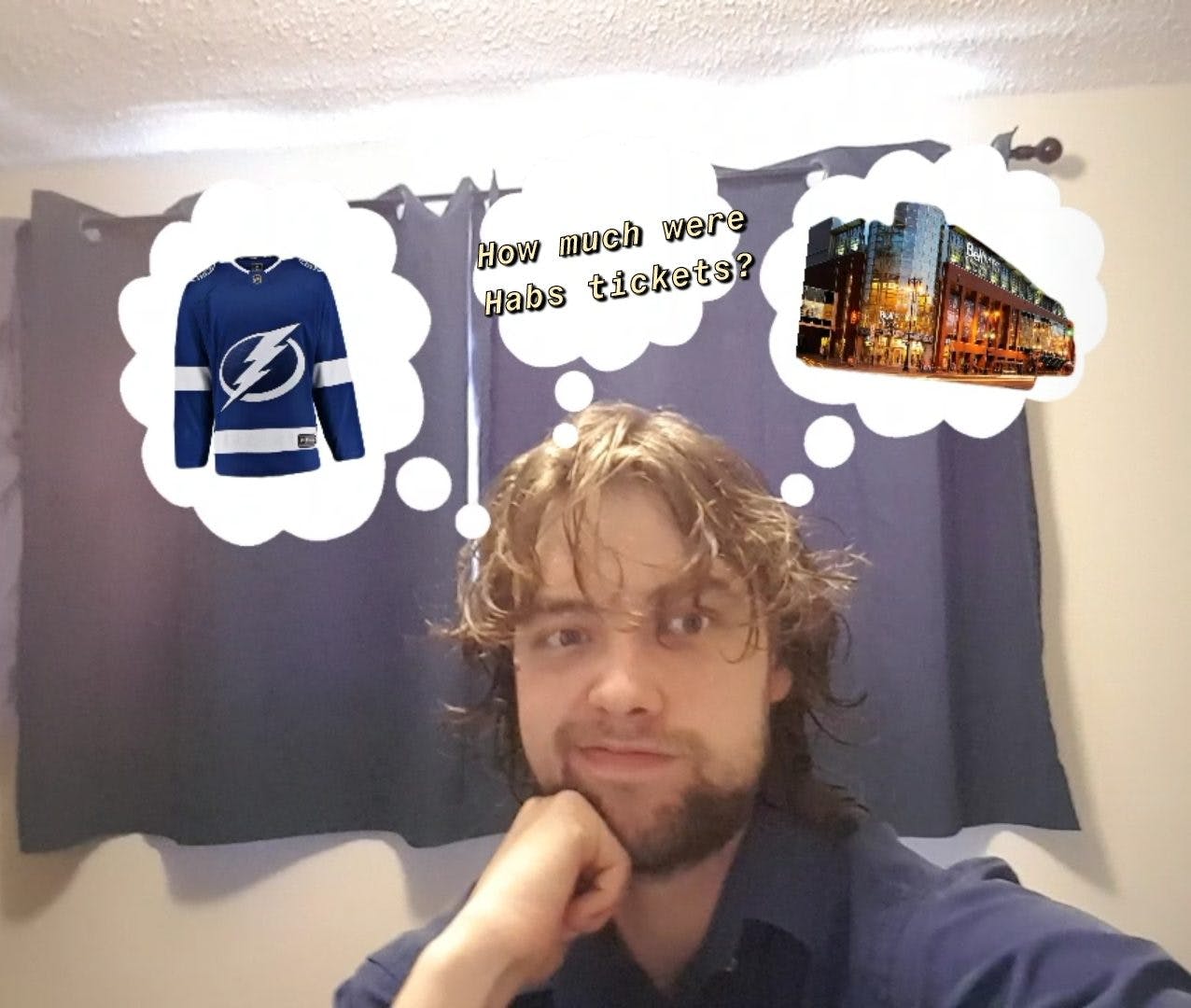 By Angus Hout
1 year ago
If you didn’t notice, a few things have happened in the last couple of days around the NHL, I’ll break them down and provide some thoughts on those matters.

The Tampa Bay Lightning announced a post-season rule back in 2015, which more or less stated if you want to buy tickets for a playoff game you can’t wear an opposing jersey in certain sections. This insane rule lasted until a video went viral last week, where a father and his 11-year-old son were told to take off their Florida Panthers’ jerseys due to a policy that was still in effect for no real reason. That policy has since been killed.
I’m sure most of you would agree, that was one of the worst policies in the entire whole sports world. I love rolling into other team’s barns wearing an opposing jersey. The year I graduated high school, my uncle gave me tickets to an Edmonton Oilers and Calgary Flames game at Scotiabank Saddledome, the seats were four rows up from behind the Flames’ net. I got to run my mouth for 60 minutes as the Oilers beat the Flames, I talked to some fans and it was an awesome experience. Both teams were bad at the time and the guys I met that night were mostly Flames fans, I still had the guts to run my mouth in enemy territory.
I never want to see fans get kicked out of an arena because they’re supporting the opposing team. It’s a sport for all of us to enjoy and it shouldn’t matter what jersey someone wears, as long as they love the game and don’t abuse it.

Playoff Tickets in Montreal Cost How Much??!!

On Saturday night, the Montreal Canadiens and Toronto Maple Leafs played in front of the first Canadian crowd since the pandemic started last March. Now to be a part of that crowd would something else, but to spend $12,000 on a single game of hockey is insane, at least in my mind. I love hockey, if you ever meet me in person it’s what I know best, but I could never dream about dropping that much on a single game.
Perhaps some of you are millionaires and can afford to splurge on playoff tickets, but I can’t afford to do that. Even to sell a ticket at that price is absurd, I understand bills need to be paid but selling a single ticket at that price will only drive up the prices of hockey tickets in Canada, which is so frustrating. On the plus side, if ticket prices rise for Canadian NHL games, we could see the salary cap increase a lot sooner.

Tuesday afternoon, I received a notification that read, “Bell MTS will hold 500 fans in the seats for Games One and Two.” These seats are going to front-line health care workers who’ve received both shots of the COVID-19 vaccine – those great folks absolutely deserve those seats. That said, those 500 fans will make up just over three percent of the building capacity in Bell MTS Place.
I’m so excited to hear a real “TRUE NORTH” chant during the anthem and hopefully Mick E. Moose returns as well. Genuinely, I hope to see a tiny white-out in round two and an even bigger one if this team advances to round three. Truthfully, I think our 500 fans will be louder than Montreal’s 2,500 fans.
Let me know what you think about Tampa Bay’s rule change and whether you agree with it. Also, how much would you spend on a playoff ticket? And do you think Jets fans will prove to be louder than Habs fans? Let me know in the comments below or hit me up on Instagram or Twitter – @angushout.
Uncategorized
Recent articles from Angus Hout