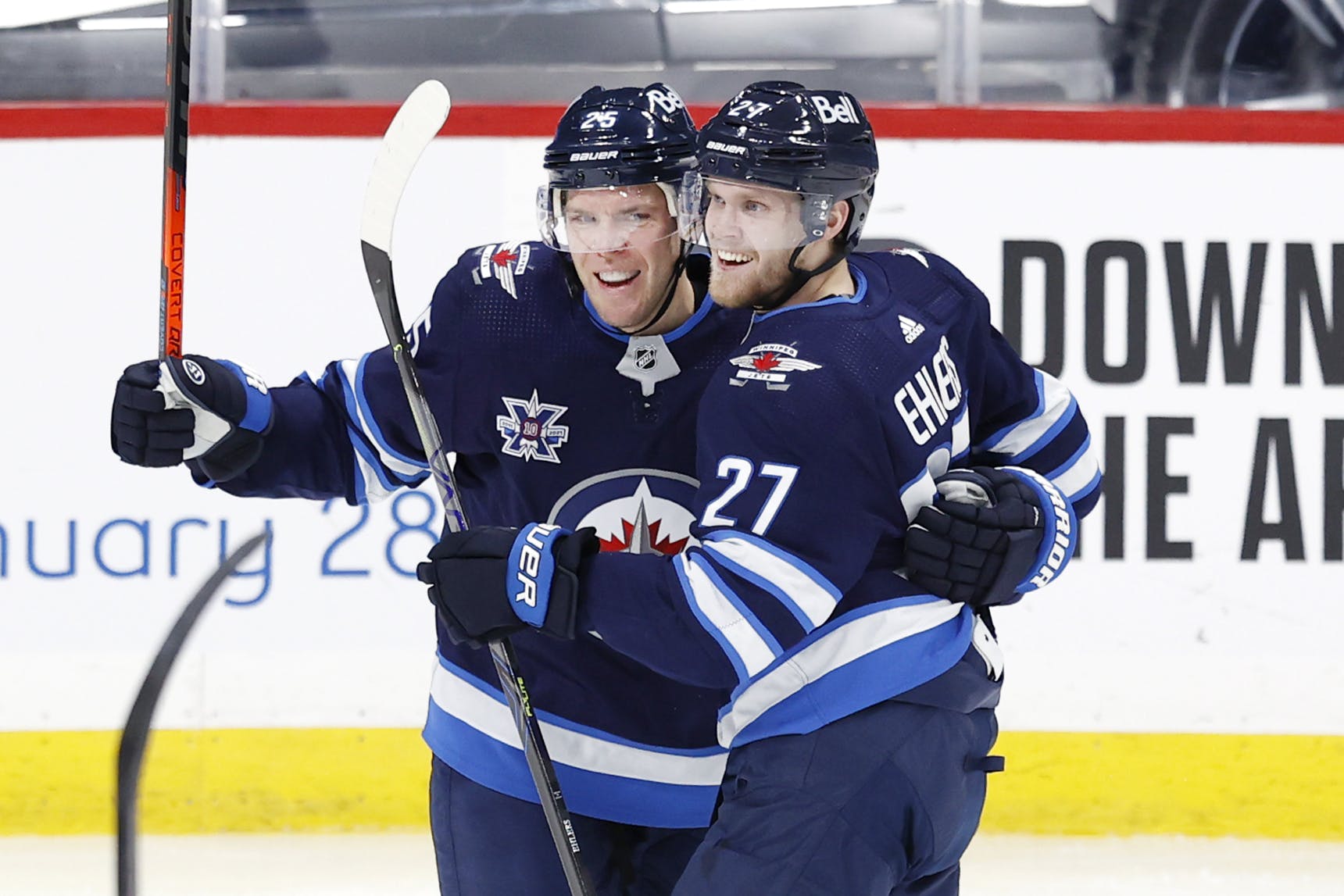 By Thomas Hall
11 months ago
When it comes to the holidays, being around family is vital. But for Winnipeg Jets forward @Nikolaj Ehlers, he got to enjoy Christmas with his hockey family rather than his one from Denmark.
Due to travel restrictions and Winnipeg’s upcoming schedule, unfortunately, flying home wasn’t a viable option for Ehlers this time around. With the easily-transmissible Omicron variant spreading rapidly across the globe, the 25-year-old decided it was best for his family to stay put.
As a result, the 6’0″ winger was looking at spending the holiday season by himself. Luckily, teammate @Paul Stastny offered him an invitation to spend Christmas at his house, and the native of Denmark welcomed such a kind gesture.
“It was great,” Ehlers discussed. “He [Paul] invited me after last game because I didn’t have any family over here, and with our schedule, it wasn’t possible to go home.”
While it wasn’t the same as spending Christmas in Denmark, however, the Stastnys did their best to make Ehlers feel right at home over the holiday break, particularly when it came to dinner time.
Along with being treated to some Ugg slippers, the Danish star also got the chance to eat some of his favourite food, courtesy of Paul’s wife, Haley.
“It was amazing,” Ehlers explained. “His family had some gifts for me and his wife made some Danish Christmas food. [I] played some soccer with the kids and some hockey. It was a great Christmas. For him to do that for me, that’s pretty special. It means a lot. It was a special Christmas for me.”
A special Christmas indeed it was for Ehlers, whose mom received a call from Mrs. Stastny asking about her son’s favourite Christmas food. Once Haley received the recipe, she made sure to include the meal in her family’s holiday feast.
For Ehlers, being able to taste a traditional dish from his home country was a special occasion he’ll never forget, and one he’ll forever cherish.
“His wife, Haley, actually message my mom to ask what my favourite Christmas food was,” Ehlers detailed. “They taste kind of like these potatoes. It’s a lot of sugar and a lot of butter, and pork roast.
“For her [Haley], the family, to go that far for me, it’s very special and it means a lot to me and I’ll be forever thankful for that.”
Prior to the National Hockey League’s holiday break, Ehlers had appeared in 30 games with the Jets, scoring 12 goals and 24 points over his 18:42 minutes of ice-time per game. Additionally, he also posted 121 shots on goal, 20 takeaways, 16 hits and 14 blocks.
Once Winnipeg resumes its schedule, which is slated to happen on Dec. 29 against the Chicago Blackhawks, the left-handed winger will surely be looking to continue the impressive stretch that saw him produce two goals and seven points during the previous three contests.
Until then, Ehlers and the rest of his teammates will attempt to return to mid-season form after enjoying a special holiday break like never before, especially at the Stastny home.
“Last year [2020] was the first time I’d spent Christmas at home in six years, Ehlers mentioned. “So, I have spent Christmas over here by myself. It’s not as fun.
“To be able to be surrounded by people that you care about is special. That’s what the holidays are all about. So, for the Stastny family to do that for me, I mean, there’s no words for that.”
Jets News
Recent articles from Thomas Hall