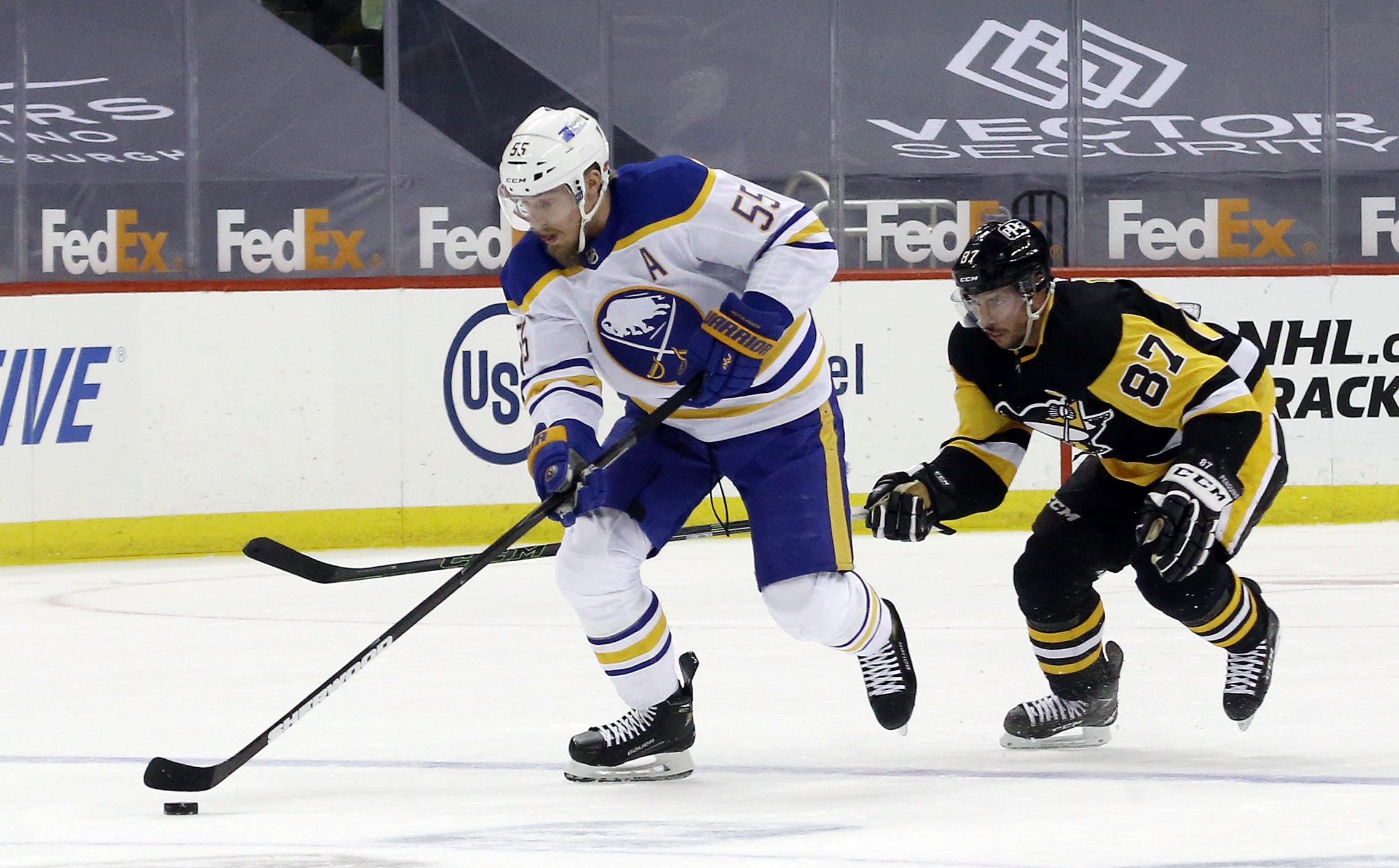 By Angus Hout
1 year ago
On Tuesday, Pierre Lebrun of TSN explained how there are two teams who are interested in Buffalo Sabers defenseman, @Rasmus Ristolainen, including the Montreal Canadiens and Winnipeg Jets. The reported asking price is a prospect and a first-round draft pick in exchange for the 26-year-old. Let’s have a look and see if that makes sense.
Ristolainen only scored four goals and 18 points in 49 games on the worst team in the NHL this past season. So his numbers look incredibly bad, somehow that’s still an understatement. You need to remember how bad the Sabers were offensively and how that’ll impact any defender’s production. In 2016-17, Ristolainen posted six goals and 45 points (career-high) over 79 games, and yet, his team still finished near the bottom of the standings.
The 6′ 4″ blueliner is a hitting machine, he averaged 3.9 hits a game in 2020-21. The Jet with the most hits this past season was @Neal Pionk, who averaged 2.5 hits a game. Given the Jets are currently searching for a right-handed defenseman, the former first-round selection, who averaged 22:17 minutes of ice time per game during the 56-game season, could certainly fill that void for them in a top-four role.
Let’s look at the downside of acquiring Ristolainen. He earned a -18 rating this past season on a team where @Taylor Hall and @Jack Eichel struggled mightily, so take that rating with a grain of salt. Ristolainen also took 36 minutes in penalties, which would’ve ranked him tied for second in penalty minutes on the Jets along with @Pierre-Luc Dubois.
Pursuing Ristolainen makes sense for Winnipeg. Would that be a risky move? Of course. I know his analytics aren’t favorable, but you have to look at the team he was playing for and how toxic that situation has been over the last several seasons.
I think coach Paul Maurice’s system could force Ristolainen to become a better defensive player, however, that transformation might take longer than one season. So if the Jets were to make this move, they’d likely need to be confident in their ability to re-sign him once his current contract – six years, $32.4 million – expires after next season.

As an armchair general manager, my first offer to the Sabers would be a conditional second-rounder (pick becomes a first-rounder if Ristolainen re-signs) and prospect @Declan Chisholm. That said, Buffalo would have to retain some of Ristolainen’s $5.4 million salary.
Do you think the Jets should make a trade for Ristolainen? If so, what would the trade be? If not, what should the Jets do to acquire right-handed defenseman? You can let me know in the comments below or let me know on Twitter or Instagram – @angushout.
Uncategorized
Recent articles from Angus Hout