Rick Bowness: “We want to play on our toes, I hate it when we’re on our heels” 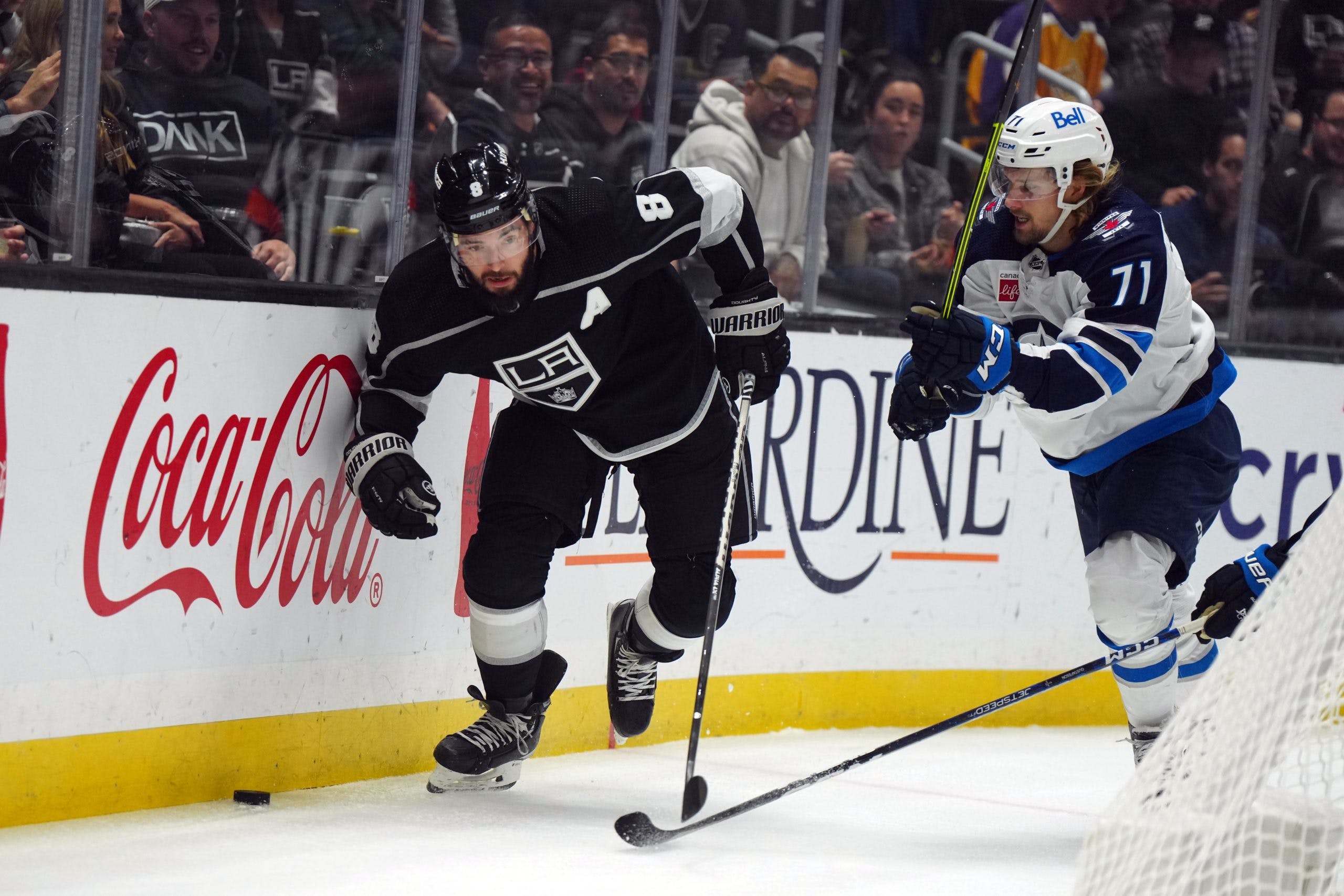 By Angus Hout
1 month ago
Welcome to Jets Nation brought to you by NHL odds site Betway!
You’d think after starting the season 5-3-1 and being tied for first in the central for a full two days the new coaching staff would be praising all the players on the Winnipeg Jets.  When you look at which teams the Jets have played and the result of most of those games you really have to think the Jets are one of the better teams in the NHL and the head coach would have no negative notes after getting through nine games.
Head coach Rick Bowness who hasn’t been behind the bench much this season due to illness spoke to the media today and was asked if he doesn’t mind if goaltender Connor Hellebuyck bails out the Jets early in games. Bowness would say.
“We can’t go into games thinking Connor(Hellebuyck) will bail us out. That’s the opposite of how we want to play we want to play our games on our toes, I hate when we are on our heels. It drives me crazy. We need to start with an aggressive mindset. When the puck drops it’s not a reaction and you are prepared for that.”
I like this kind of head coach. The players, the fans and the coaches are all pretty much on the same page. We all know who is not performing up to their abilities, and who is playing well.  Remember the days of Paul Maurice when all we would hear was “They played a good game.”
What do the Jets need to do in order to play on their toes rather than on their heels? They need to show up for every game and on time they can’t keep showing up halfway through the second and third periods and hope they can make up for the poor play early in the game.  The Jets average 33.4 shots against which is the tenth worst in the NHL. In two of the last three games, the Jets have allowed 40 or more shots against Connor Hellebuyck. In both of those games, the Jets couldn’t get more than ten shots against their opponents in the opening forty minutes. The Jets would have to play their asses off in the third period just to have a prayer to win their games.
I love the aggressive mindset quote from Bowness because it’s not about going after big hits and fights. It’s about going after the puck if it’s not on your stick and being relentless. You see that from the third and fourth lines almost every shift. You’re not guaranteed to see that dedication every shift from the top two lines.
I don’t want to point fingers at the bottom six for the woes of the Jets they have played the most constant hockey on this team. Without them or Hellebuyck, this squad would already be toast. I wish we could see more of the bottom six. The aggression we see from them on a nightly basis is fantastic they bring what you want to see every night. It’s simple hockey and it seems to work. Straight forward passes, tons of fore-check and they lay the beat down on teams without drawing many penalties.

David Gustafsson who is the cornerstone of the Jets’ fourth line has a brutal winning faceoff percentage of 43 percent he still gets through his shift aggressively and wins puck battles. Does it help that he has two men that are willing to throw big hits, and make some sweet stick checks? Absolutely, all that’s why they have been the most consistent line of all of the forwards.
It’s impossible for a team to win every faceoff, but the Jets need to start winning more than 40 percent of them. That’s one of the ways we keep see the Jets falling behind the eight ball. If this team gets aggressive on the faceoffs and wins a majority of them we might see a complete team who can win their games easily and not one that’s chasing their games in the third and praying for a late goal. Everyone knows how much talent there is up and down the line-up. The team can’t react to what’s happening to them they need to be prepared from the moment the puck falls from the ref’s hand until the 60-minute buzzer goes.
I can’t rip on the defence too much they have been a good group of guys who do play aggressive hockey and are getting deep into the offensive zone. Maybe they could communicate that they need to have someone cover the hole they have created by going deep into the zone, but I think those guys have bought into what Bowness has taught.
I know the Jets are lacking Nikolaj Ehlers and Kyle Connor is deeply snake bitten but those can’t be the reasons the Jets are playing this bad defensive hockey. Really the guys need to dig deep and remember K.I.S.S. Keep It Simple Son and be willing to take the breath out of your foes early on and you won’t be playing on your heels.
Long and short the top six are the guys who really need to show up for the start of the game. You can’t rely on the guys playing less than 16 minutes a night to get things done for you. The bottom six should get you deep into the offensive zone and get you excited before the top guns get out there.
Editorials
Recent articles from Angus Hout