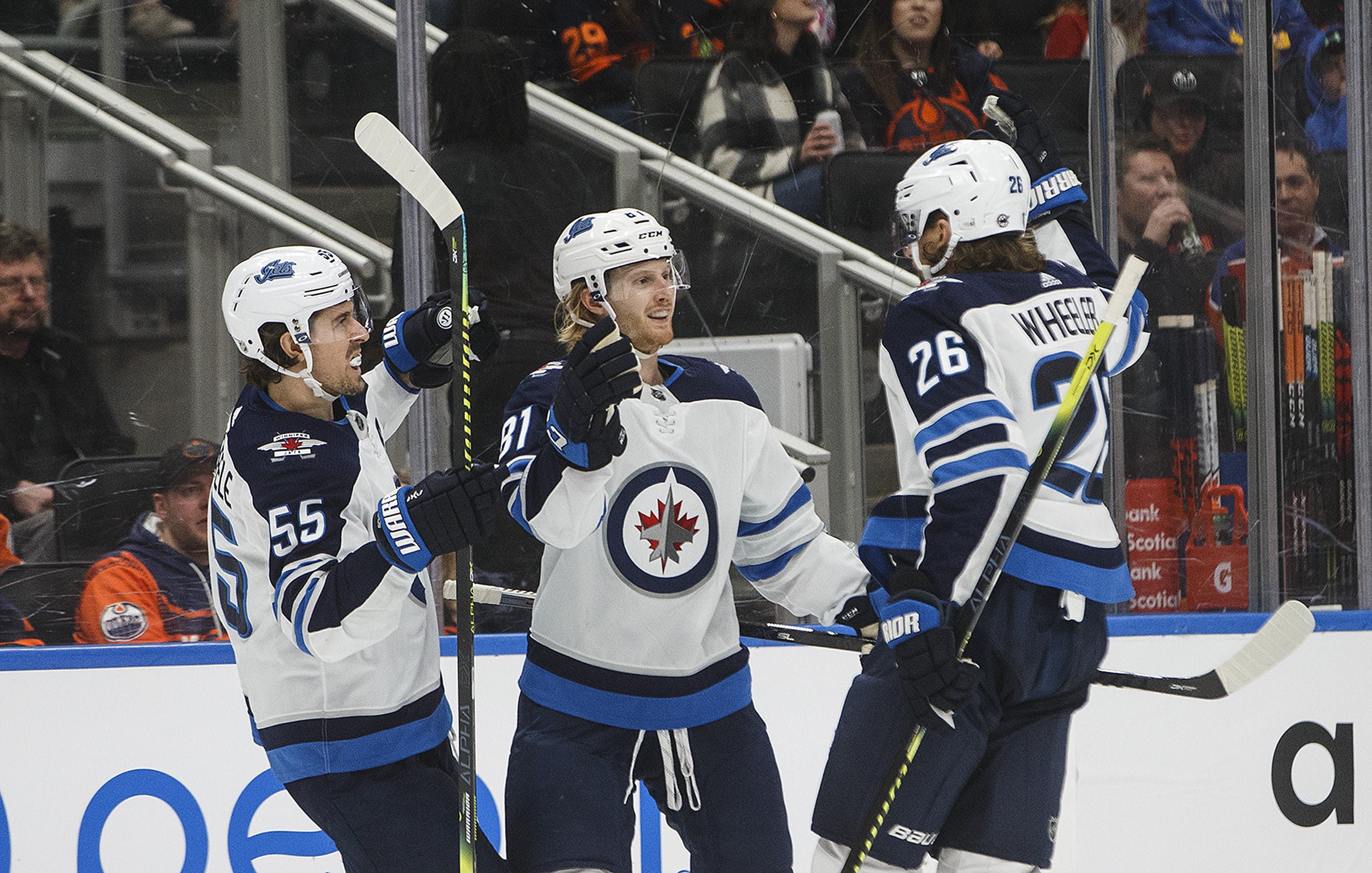 By Angus Hout
1 year ago
As of right now, I think there’s going to be a changing of the guard in Winnipeg this season, some of the veteran players probably won’t be scoring as many points as they once did and younger players are chomping at the bit to earn some top-six minutes.
According to HockeyReference.com, the top scorers for the Winnipeg Jets during the shortened 2020-21 season were @Mark Scheifele with 63 points, @Kyle Connor with 50, @Blake Wheeler with 46, @Nikolaj Ehlers with 46, @Andrew Copp with 39, @Neal Pionk with 32, @Paul Stastny with 29, @Mason Appleton with 25, @Adam Lowry with 24 and @Josh Morrissey with 21.
Taking into account last season’s results, here are my projections for how the Jets’ top-10 scoring list will round out in 2021-22:

A newcomer to the team will start this countdown. @Nate Schmidt endured a rough performance with the Vancouver Canucks last season. He only produced five goals and 15 points through 54 games. With a stronger team around Schmidt, I can see him being incredibly more helpful for the Jets and could be one of the top-scoring defensemen. In turn, I could see the new Jet putting up 31 points this season.

One of the better veterans in the NHL who shows up day in and day out, Stastny, is a reliable leader and has remained productive late in his career. The 35-year-old still plays with so much heart and you have to respect it.  Assuming Stastny replicates his performance from last season, where he posted 13 goals and 29 points, I think he’ll create 35 points in 2021-22.

Pionk earns my vote here because I can see his offensive production slipping even further than it did last season. The 26-year-old received a lucrative contract extension this off-season, which might place a little bit of pressure on him to perform beyond his means. Pionk should still enjoy a great overall season but I see him generating 37 points in a full season.

Morrissey also endured a rough 2021 season, offensively and defensively. The 26-year-old didn’t play nearly as well as we all wanted, but the guy showed up every game and I think we’ll see a return to form this season. In fact, I think Morrissey will enjoy his best year as a Jet, I’m predicting a 39 point season, which would be eight more points than his current career-best (31).

Copp bet on himself over the summer once again, signing a one-year bride deal in hopes of earning a much larger payday next off-season. On the surface, this might have been the right move for the third-liner and I think he’ll take another positive step forward in 2021-22. With the extra drive to prove how good he can be, I can see Copp putting up 50 points.

The player who takes the midway spot on this list wasn’t even in the top 10 last season. @Pierre-Luc Dubois was 10th in total scoring last season with 20 points. I’ve talked a lot about Dubois potentially returning to form this season, and that’s why I have him in the No. 5 spot. I’m thinking we’ll see 53 points from the 2016 second overall pick.

Oh captain, my captain. Wheeler has slowed down considerably over the last few seasons but is still recording impressive offensive numbers for a player at his age. The 35-year-old was playing with cracked ribs and also suffered a concussion last season, which caused him to miss six games. After taking the summer to recover and train, I think the captain will put up 65 points this season.

Good guy Ehlers falls into the third-place spot. The 25-year-old has been playing for his home country of Denmark this summer and just killed it while helping them qualify for the 2022 Winter Olympics. Putting up nine points in three games during the Olympic qualifiers. I could see him falling just shy of a point per game player once again, producing 76 points in 2021-22.

Connor has been working hard to remain on Winnipeg’s top line and goes about his business in a very quiet manner. This should be another season where Connor generates more than a point a game. As a fanbase, we’ll likely witness the 24-year-old light lamp numerous times this season, registering 83 points.

One of the most underappreciated superstars in the NHL should lead the Jets in scoring once again. I think this season Scheifele will not only win a gold medal for Team Canada at the Olympics but will also score 91 points in the regular season.
Who do you think will be the leading scorers for the Jets next season? Let me know in the comments below.
Uncategorized
Recent articles from Angus Hout