Predicting how the Central Division will round out in 2021-22 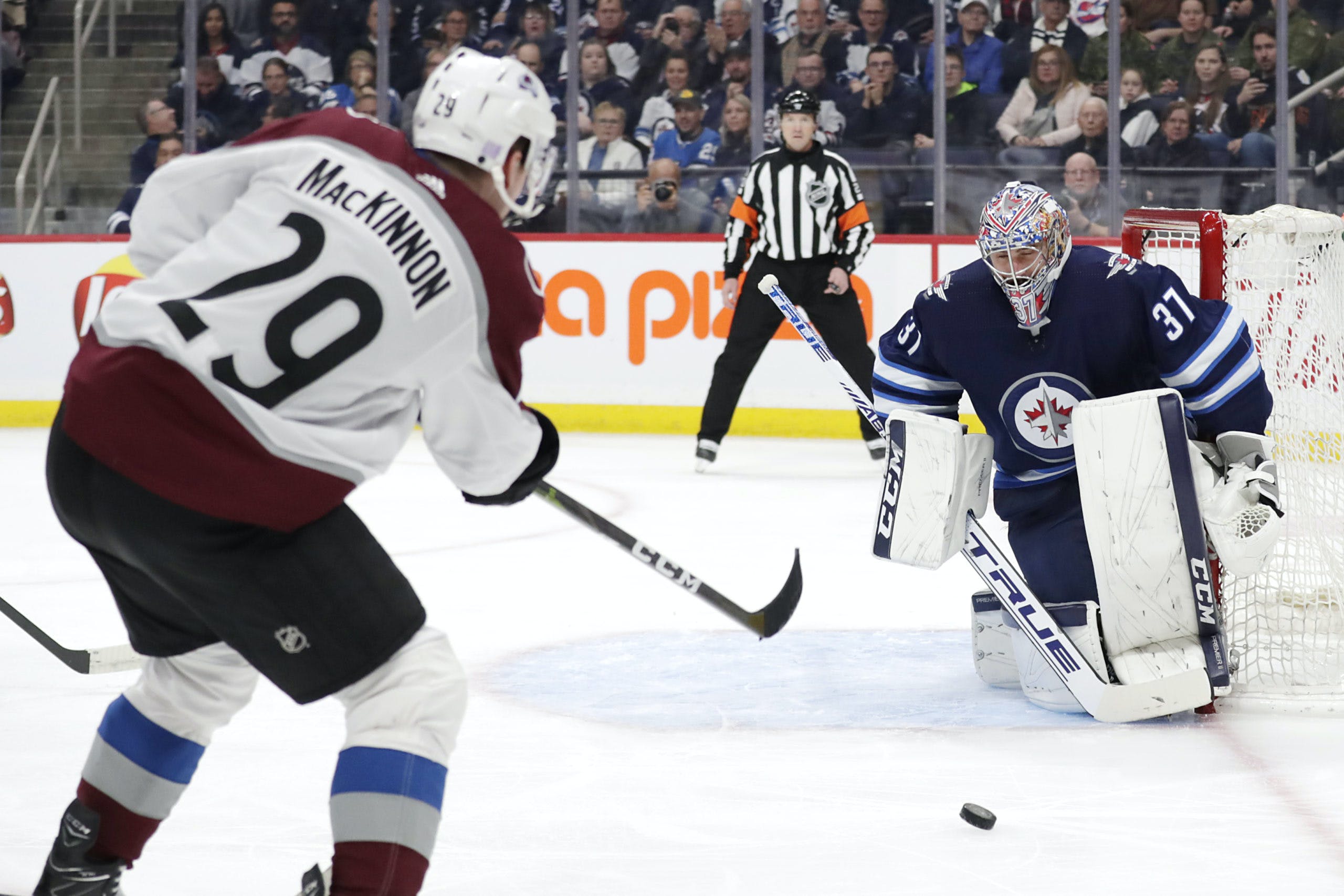 By Angus Hout
1 year ago
With the regular season underway, at least for the Winnipeg Jets, I figured why not judge them along with predicting how the Central Division could shake out this season.
Thanks to the COVID-19 pandemic, the Jets were separated from their usual division rivals last season as they spent the entire 2020-21 campaign in the one-hit-wonder that was the North Division. While the all-Canadian Division was extremely entertaining to watch during the shortened schedule, it’s back to reality for everyone, meaning it’s time to return to the pre-COVID format.
Let’s take a look at how things might play out for Winnipeg and the other seven franchises who call the Central Division home.

No shock here, but the last-place team should be the Arizona Coyotes, who’re brand new to the Central Division in 2021-22. The Coyotes feature a bunch of overpaid duds like @Loui Eriksson and former Jets captain @Andrew Ladd.
Their goaltending situation is suspect at best as well. @Carter Hutton, who’s 35-years-old and has posted a sub-.900 save percentage over the last two seasons. Arizona’s backend is considered very weak and their forward group is fully dependent on AHLers, veterans and a first-line that scored a combined 80 points last season.
With all that in mind, fans shouldn’t expect much from Houston’s potential future hockey team.

It feels like the Cinderella story that was the Minnesota Wild may fall from grace and end up closer to the bottom of the standings this time around. The Wild bought out both @Ryan Suter and @Zach Parise over the off-season, who were both starting to age out.
The Wild did re-sign their young Russian superstar, @Kirill Kaprizov, to a five-year deal. But players generally take a step back in their sophomore year. Still, he should remain a great player but I’m not sure he’ll be the stud he was last season. Aside from Kaprizov, Minnesota features an unproven forward group, @Joel Eriksson Ek is an unproven 24-year-old – who maxed out at 30 points in 56 games in 2020-21. In addition, @Mats Zuccarello is unreliable and hasn’t scored more than 40 points since 2018-19.
Their defence is fairly average, they should be fine. I won’t expect amazing numbers from them, but I also won’t expect them to be awful either. As for in goal, it’s a bit of a coin toss starting with @Cam Talbot, who’s enjoyed a strong performance the last two seasons but has played less than 35 games during each of them. Beyond him, @Kaapo Kahkonen has displayed encouraging flashes, although he’s only played 29 career NHL games.
Overall, this season could prove to be very unpredictable for Minnesota.

Fifth and sixth places could switch very easily, but I think this spot should go to the Nashville Predators. Nashville has the potential to be a great team, but like both Minnesota and Arizona, they’d need to reverse half their players’ ages by five years in order for them to be great.
They’re putting faith into guys who don’t have “it” anymore and into young players who haven’t proved themselves yet. The top four of the defenders are solid, however, their bottom two defenders are @Alexandre Carrier – who’s played 24 career NHL games over three seasons – and @Mark Borowiecki – who hasn’t played more than 55 games since 2016-17.
The goalie situation in Nashville is an odd one as they possess two 1-B goalies in @Juuse Saros, who hasn’t played more than half a season before, and @David Rittich. This team features plenty of talent, but also a decent amount of weak spots as well, some that will probably prevent them from making the playoffs.

Fifth place likely goes to the St. Louis Blues. The hype of winning the 2019 Stanley Cup is gone, the Blues are a shell of who they once were and are still hoping @Jordan Binnington will be a supernova once again, unfortunately, he only appears to be slightly above average.
The Blues’ backup is @Ville Husso, who’s played only 17 career NHL games and owns a sub-.900 save percentage. Upfront, their forward group includes a great mix of veterans and youngsters who feature grit and skill. When @Vladimir Terasenko is positioned on your third line, you’re doing pretty good for yourself.
I can envision the Blues pulling a run-and-gun style game where they need to score a minimum of five goals per game to win. Now I really like the Blues’ defence. Their top five is exactly what you want from your NHL defenders. @Jake Walman is the only player on the Blues’ defence that hasn’t proven himself yet – only 25 career NHL games under his belt – but might impress at times.
The Blues could snag a wild card spot since the Pacific Division is weak, allowing them to potentially sneak into the playoff picture in 2021-22.

The Dallas Stars are a team of veterans and youngsters. @Jason Robertson and @Roope Hintz are two young skaters who can produce pretty solid offensive numbers, but they’re also going to need help from @Tyler Seguin, @Joe Pavelski and @Jamie Benn. They’re not poor skaters but they’re starting to approach the back end of their careers.
Dallas’ defensive core features a solid mix of age and experience, although there’s a ton of pedigree in that group. In net, the club’s goaltenders are getting a tad old, but if @Ben Bishop, @Braden Holtby and @Anton Khudobin remain healthy, it has the potential to be an area of strength all season long.
Paired with some consistent scoring, the Stars should own a pretty strong chance to capture the first wild card seed in the Western Conference.

@Marc-Andre Fleury has a new home, which should be exciting. The Chicago Blackhawks are a perfect mix of no exceptions, high-end skill, grit and veterans. With a current core of @Tyler Johnson, @Kirby Dach, @Patrick Kane and the return of @Jonathan Toews this could be a very special season.
The Blackhawks could be extremely dangerous offensively. In saying that, the defensive unit will likely be their downfall in 2021-22. @Calvin De Haan and @Seth Jones are a solid duo but are slightly overpaid. The second pairing features @Jake McCabe and @Connor Murphy, who could struggle mightily in the defensive zone and in transition.
Then you look at their goalies, I believe there’s still plenty in the tank for Fleury, and with backup @Kevin Lankinen behind him, this tandem should be a lot of fun to watch. I could see the Blackhawks earning the last playoff spot in the Central Division.

I would love for the Jets to finish first, and I think they’re going to be close to that spot, but one of the things that could prevent them from winning the central is some additional elite talent. Don’t get me wrong, @Mark Scheifele, @Nikolaj Ehlers and @Kyle Connor are amazing hockey players, but they can’t carry the rest of the group all season long.
Winnipeg needs more production out of @Pierre-Luc Dubois and @Blake Wheeler, especially on the defensive side of the puck. But as we witnessed last season, that’s a lot to ask of both of them.
Defensively, which was a weakness in previous seasons, has become a strength and should be much improved this time around. That being said, the Jets defence doesn’t feature an elite defender like @Victor Hedman, but hopefully, this current group can work well enough together to make up for that.
With @Connor Hellebuyck as the starting goaltender who’s one of the top goaltenders in the league, the Jets probably won’t need to worry about that position. Then we also have, @Eric Comrie, who’s been inconsistent at best, which is putting it politely.
Let’s hope Comrie doesn’t end up proving to be the difference between finishing in second place rather than first this season.

Big shocker, the Colorado Avalanche should take the Central Division title. @Darcy Kuemper is the new starter in goal and I can see him stepping up in a massive way for his new teammates. @Nathan Mackinnon, who’s somewhat of a health nut, is one of the best players in the game and should be in store for another strong showing.
The Avalanche are a well-rounded team that has been built by former player Joe Sakic. It seems like everyone is currently in their prime, which probably isn’t a good thing for the rest of the division. Defensively, well, with @Cale Makar running the show, good luck to everyone else.
The only thing that could derail Colorado is a couple of key injuries, however, if they remain minimal this team should be just fine in 2021-22 – a year where they hope to finally breakthrough in the post-season.

After signing up for a free account, we’re going to give you a bunch of boxes with player names and you’re going to pick a name from each box until you’ve put together a super crew that you think can contend for a NationDrafts championship. Seems easy, right? It is easy and that’s not just because you’re wicked smart. Sign up for FREE right here.
Uncategorized
Recent articles from Angus Hout