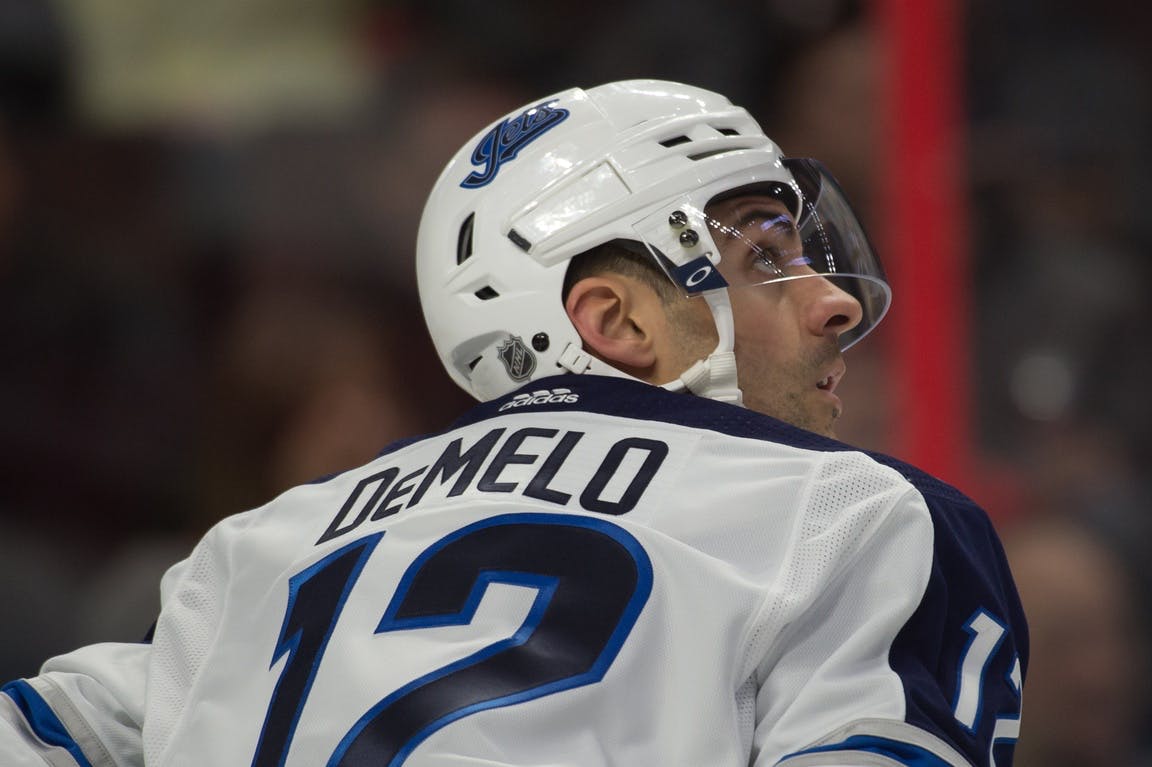 By Nation World HQ
1 year ago
by OddsShark (@OddsShark) – Sponsored Post
The Winnipeg Jets seem to be in a groove, which gives them good value against the Edmonton Oilers, who were scuffling before going into their bye week. The Jets are -125 favourites and the Oilers are +105 underdogs with a 6.0-goal total on the NHL odds for Saturday at sportsbooks monitored by OddsShark.com.
Winnipeg is 4-2 in its last six home games against Edmonton, with the OVER hitting five times at online sports betting sites. The Jets are 10-5 in their last 15 home games as a moneyline favourite of -110 to -150. The total has also gone UNDER in eight of the Jets’ last 15 home games. The Oilers are 3-5 in their last eight away games as the underdog

The Jets are 2-4-0 this season against the Oilers. Edmonton has a 16-13 edge in goals scored in the five-on-five phase and Winnipeg is also on the short end in shares of expected goals, or xGF%, (46.4), scoring chances (47.4) and high-danger chances (47.2). The Oilers are four-for-17 on the power play and the Jets are five-for-18. (All advanced stats are based on score- and venue-adjusted five-on-five play.)
The Oilers, who are 25-15-2, are coming off a six-day break. While Connor McDavid, Leon Draisaitl and company have the upper hand in the season series with Winnipeg, Edmonton has had a sub-50 five-on-five xGF% in nine of its last 10 outings, per Natural Stat Trick. The Oilers are also last in the NHL at generating high-danger chances over the last 30 days. A team’s form coming out of a layoff is a wild card, but since 2017-18 the Oilers are 0-6-2 in away games after a break of three or more days and have been outscored 37-20 in those matchups. It is expected the Oilers will play McDavid and Draisaitl together alongside right wing Jesse Puljujarvi.
Since March 18, Edmonton ranks 30th of 31 NHL teams in xGF% (42.7), 30th in scoring-chance share (40.7) and 31st in high-danger chances share (36.9). The Oilers are 21st in goals per game (2.40) and 10th in goals against (2.60). Their power play ranks ninth (20.8 percent) and their penalty killing ranks first (91.3).
Mike Smith, as evidenced by his 14-4-2 record, 2.47 goals-against average and .918 save percentage, is having a strong season in Edmonton’s net. However, Smith’s 3.37 GAA and .896 save percentage against Winnipeg is his second-worst stat-line against any North Division opponent.
The Jets, who are 27-14-3, have won five of their past six games, with a five-on-five xGF% north of 60 in three of those victories. While results against the Oilers have been hard to come by, Winnipeg’s recent play suggests it has the edge in forward depth, specifically with the 1-2 punch of the Mark Scheifele-Pierre-Luc Dubois-Kyle Connor and Paul Stastny-Nikolaj Ehlers-Andrew Copp lines. Ehlers is coming off a two-goal game during a 5-2 away win against the Toronto Maple Leafs on Thursday and he also leads the Jets in goals, points and shots on goal against Edmonton.
Winnipeg is 20th in xGF% (48.5), 13th in scoring-chance share (52.0) and 12th in high-danger chances share (49.7) over the past 30 days. The Jets are sixth in goals per game (3.13) and second in goals against (2.07) during this span. Their power play ranks fourth (28.3) and their penalty killing ranks ninth (86.7).
Connor Hellebuyck, who has a 21-11-3 record with a 2.48 GAA and .920 save percentage, has allowed two or fewer goals in seven of his last 10 starts. Similar to Smith, Hellebuyck’s season stat-line against Edmonton – 3.79 GAA, .891 save pct. – is his worst against any opponent.
Check out OddsShark on Twitter and Instagram or head to YouTube for analysis on this week’s top games. As well, the OddsShark Computer serves up daily NHL picks for bettors.
Uncategorized
Recent articles from Nation World HQ