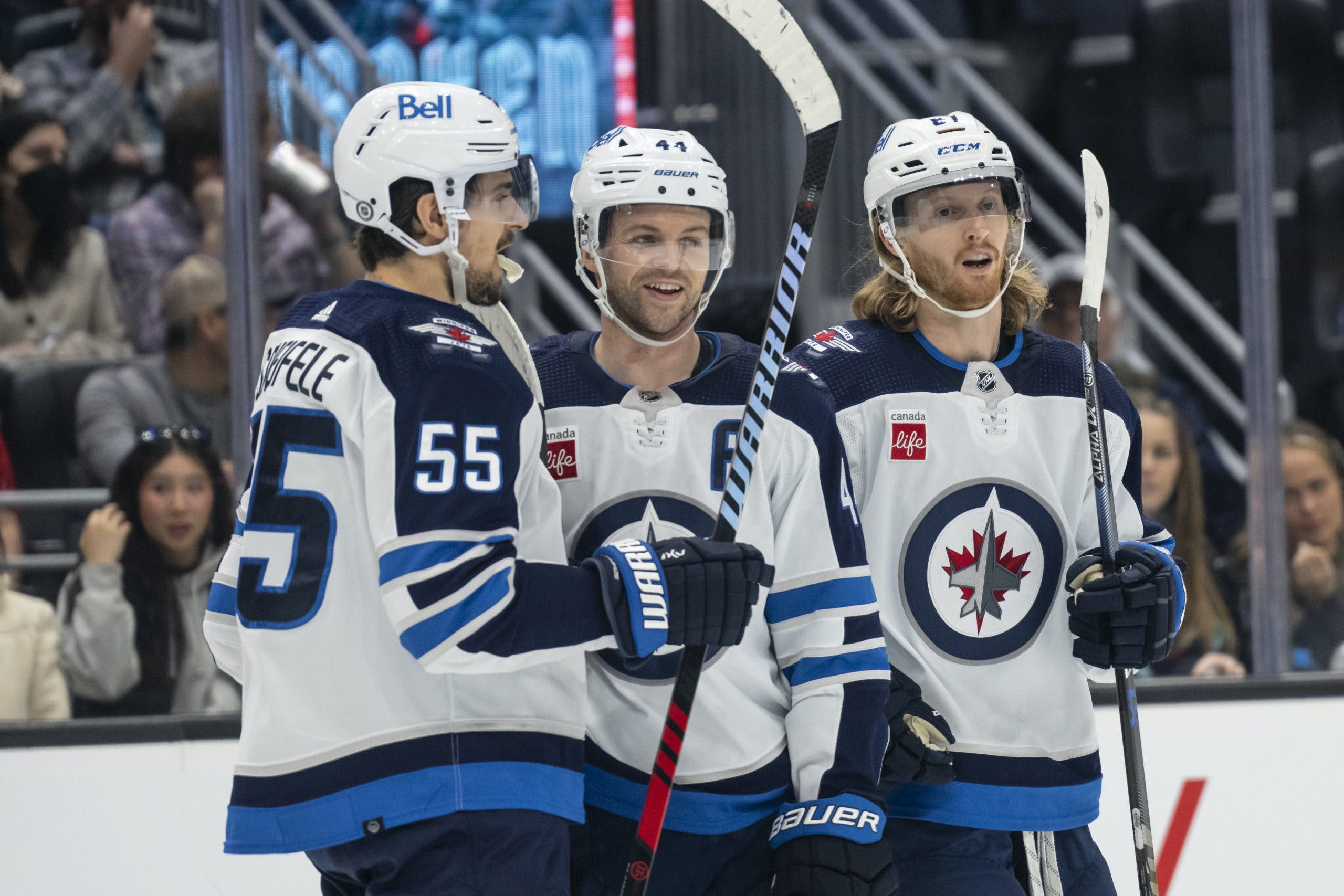 By Angus Hout
1 month ago
Welcome to Jets Nation brought to you by NHL bets site Betway!
Dear Santa,
The Winnipeg Jets have been good this year, they only have drawn 272 minutes in penalties. They have also been playing like a group of Spartan warriors, a big hit leads to a group of Jets bullying a single player on the ice. This team has grown and they deserve some good gifts Santa. Here is my very last-minute gift list for the Winnipeg Jets.

Can we get some more goals for Kyle Connor and Mark Scheifele?

The Jets have been an average team in goals for they are currently 15th in the NHL in that category. I would like to see some more goal production out of the entire team. Two players deserve more goals. Schiefele has 19 goals this season and is on pace for 50 goals. Although the first-ever pick for the Jets might not catch Connor McDavid to be the top goal scorer in the NHL he could be a top-five scorer in the League. More goals for Scheifele I want to see him become a 50-goal scorer.
Kyle Connor was screwed out of goals earlier this season. The man was snake bitten to start the season and only could manage two goals in the first 14 games of the season. This past summer I thought the Michigan-born player would  be the Jets’ top scorer. In the last 18 games, he has scored 12 goals. Before the season started I had him marked down for 50 goals. I still want to believe that goal total.
Santa I want people to put more respect on these Connor and Scheifele’s names and if they both happen to be 50-goal scorers that would be pretty cool too.

Santa, I need the ability to mute colour commentators.  I’m tired of hearing someone jinx the shutout victory that’s going to happen. It happened to David Rittich and Connor Hellebuyck this season. The moment the third period starts I want to mute their mics so no-nonsense hockey superstitions come up and wreck the shutout victory.  I want my shutout victory back Scott Oake!

A trade for a hometown boy

The injury bug has not been kind to the Jets this year the Jets will have a big sum of cap space left over at the trade deadline. Why not go after a veteran NHLer who has won multiple Stanley Cups and was also raised here in Winnipeg? Jonathan Toews is a three-time Stanley Cup winner, Conn Smyth, Frank J. Selke and Mark Messier trophy. The Jets don’t have a Stanley Cup winner on their team currently. That extra leadership could give the team that final push they might need.
Toews could slot into the third-line center spot very easily thus moving Adam Lowry down to the fourth line where he could center for David Gustafsson and Saku Maenalanen. The third line could be Morgan Barron, Toews and Sam Gagner. In 30 games this season the Blackhawks captain has 10 goals and seven assists.
Santa, if this trade could go through with the Jets losing out on only a draft pick and one prospect that would be amazing. If Captain Serious could bring the cup back to Canada and bring the cup to Winnipeg for the first time you might find me in the whiteout parties crying just a little.

I get it Winnipeg is a small city in the middle of Manitoba with the second smallest rink in the NHL and it’s hard to remember some of the players on the team. But if you Santa could leave a little note to all the members of the Professional Hockey Writers Association that the Jets deserve some votes for individual awards. Josh Morrissey for Norris, Adam Lowry for the Mark Messier, Rick Bowness for the Jack Adams, and Cole Perfetti for the Calder. Just a couple of suggestions.

The Jets have only six fights in their first 33 games this season. It’s not much and I like fights. I don’t want to see guys get hurt. The Jets have done a great job at standing up for each other which brings down the number of fights but to see the special double fight again would be just lovely. If the Jets could finish the season with 16 fights this season I think my hunger for fights will be content.
Although this isn’t the final article before Christmas I just wanted to say thank you to all of you who have followed Jets Nation this year. Have yourself a great holiday season be safe and make sure to tell your friends and family about Jets Nation.
Editorials
Recent articles from Angus Hout