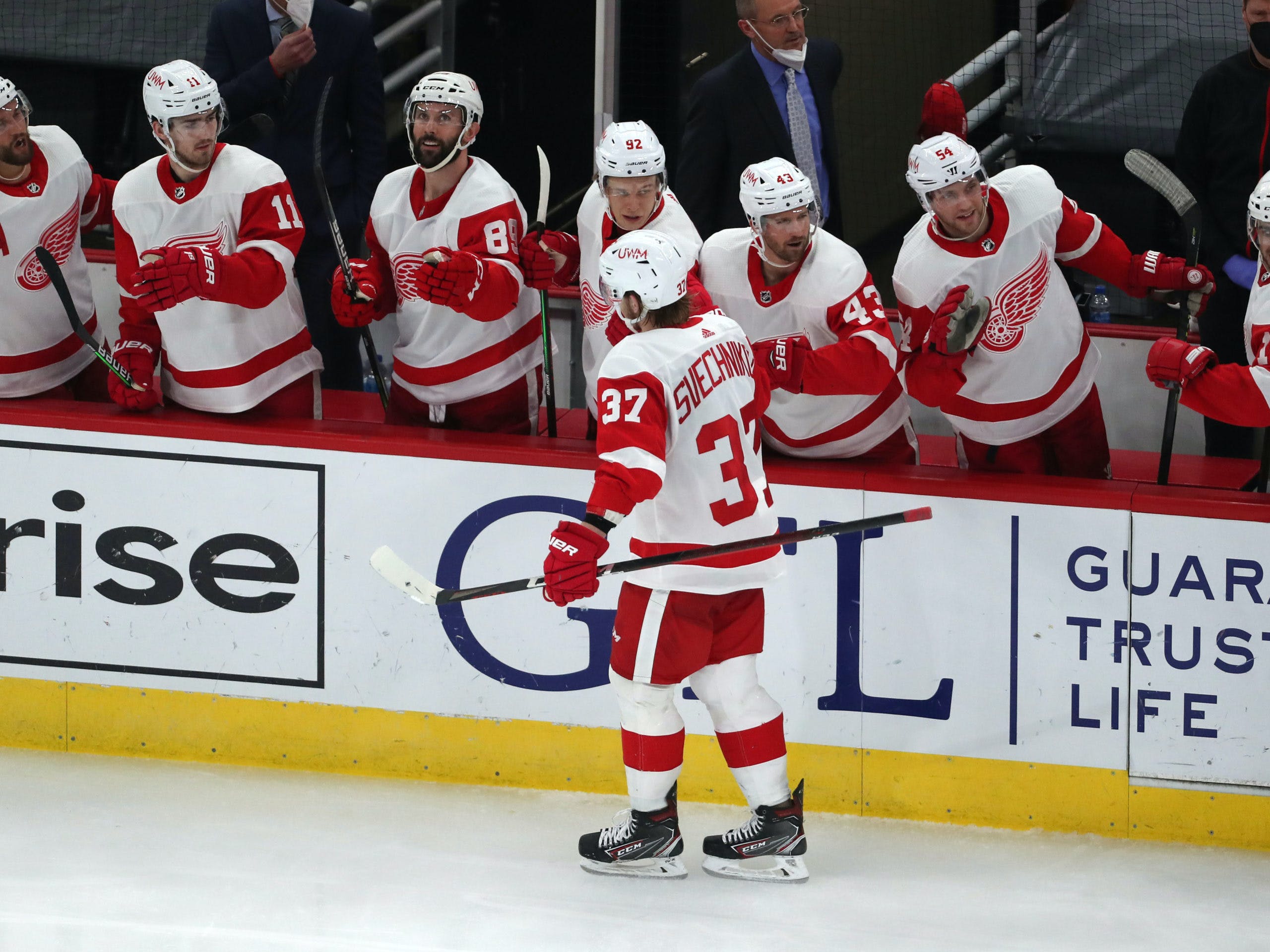 By Thomas Hall
1 year ago
Looking to acquire some depth at the AHL level, the Manitoba Moose have taken a flyer on forward @Evgeny Svechnikov, signing the unrestricted free agent to a one-year deal.
After a report surfaced from Ken Wiebe of Sportsnet last week, who suggested the Winnipeg Jets and Svechnikov, 24, had “mutual interest” in a potential deal, the former Detroit Red Wing will now be under contract through 2021-22. The financials of his salary weren’t released in the club’s press release.
Along with securing a contract with the Moose, Svechnikov also agreed to a professional tryout offer with the Jets, meaning he’ll receive an invitation to training camp in the fall. Despite undergoing a procedure on his shoulder this off-season, the youngster is expected to be ready for next season.
Coming off a respectable performance with the Grand Rapids Griffins in 2019-20, where he posted 11 goals and 25 points in 51 games, the former first-round selection split last season between the NHL and the Red Wings’ taxi squad.
Despite averaging just 11:49 minutes of ice time per game through 21 contests, Svechnikov displayed some encouraging flashes during his limited playing time, as he produced three goals, eight points, two power-play points, 21 shots on goal, 20 hits, six blocks and a pair of takeaways.
The Jets are scheduled to open their preseason schedule on Sep. 26 against the Ottawa Senators.
Jets News
Recent articles from Thomas Hall