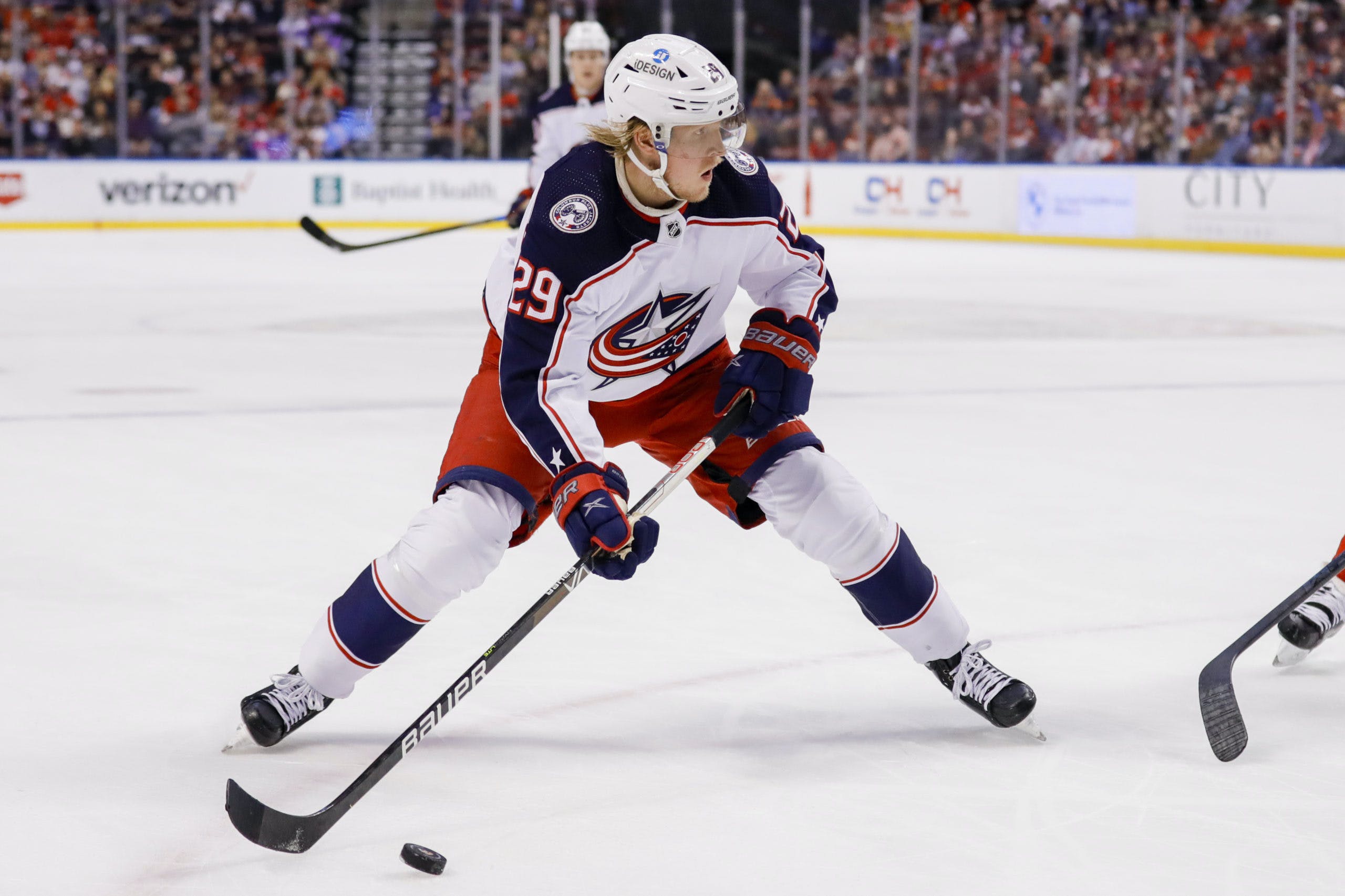 By Thomas Hall
8 months ago
Right now, these are very tough times for the Winnipeg Jets.
Following a crushing 5-2 defeat to the Ottawa Senators one night ago, this club’s slim playoff chances are looking extremely grim, as they’re five points behind the second wild-card seed and trail three other teams (Dallas Stars, Vegas Golden Knights, Vancouver Canucks) for that spot.
Adding to their plate, former Jets @Patrik Laine and @Jack Roslovic will be returning to Canada Life Centre on Friday, as Winnipeg concludes its back-to-back series against the Columbus Blue Jackets. The one-year anniversary (Jan. 23) of this blockbuster trade has already long passed, still, it should be a special moment for one – and possibly both – of these forwards.
Suffice to say, there’s no time to rest for the Jets as they hope to rebound from their most recent defeat. With that in mind, let’s explore three skaters to keep an eye on during this upcoming clash.

Last Game: One hit, 15:51 minutes
It was a rare off night for Laine on Tuesday against the Pittsburgh Penguins, which must mean only one thing, he’s saving a monster performance for Friday in Winnipeg.
Set to make his highly-anticipated return to the ‘True North,’ the former first-round selection by the Jets will surely be aiming to put on quite a show against his former organization. After an oblique injury caused him to miss the last meeting between these two franchises, which occurred back on Nov. 24, chances are he’ll be looking to make up for lost time – lucky for everyone that’ll be in attendance.
Despite last season’s miserable performance, Laine has rebounded extremely well in 2021-22, as he’s posted 25 goals and 48 points across 45 games – averaging a point per game for the first time in his career. There might not be much talent around him these days, but he’s still capable of dominating by himself.
For Winnipeg, whose squad is coming off a poor defensive effort, knowing where No. 29 is located at all times will be crucial throughout this contest.

Last Game: One primary assist, two shots, 17:23 minutes
Unlike Laine, forward @Pierre-Luc Dubois faced his former franchise near the beginning of the season, however, he failed to register a single point through 15:48 minutes of action. So you’d have to believe he’ll be striving to overcome those woes this time around, right?
As a collective, Winnipeg’s forwards have largely faltered – both offensively and defensively – over the past couple of games, including Dubois. The 6’3″ forward enters Friday with a two-game point streak, although he hasn’t performed as the same line-driver that he was prior to this recent skid.
With his club desperate for a victory, it’ll be interesting to watch how Dubois performs while facing some of his old teammates for a second time this season.

Last Game: One goal, one shot, three blocks, 23:00 minutes
In what’s been a strong bounce-back performance this season, defence @Josh Morrissey continued his impressive showing against the Senators, where he served as one of the Jets’ lone bright spots.
Along with scoring his 10th goal of 2021-22 – a new career-high – the 26-year-old made smart decisions in the offensive zone, which included cycling the puck and pinching at the right times. Making a similar impact in the defensive zone, he shined in that area of the rink by effectively moving pucks off the boards and defending the middle of the ice, as well.
Though Morrissey might not receive much recognition for his efforts, while being paired next to @Dylan DeMelo, this duo has flourished over the last month or so and will be expected to remain productive against Columbus.
More from Jets Nation:
Uncategorized
Recent articles from Thomas Hall