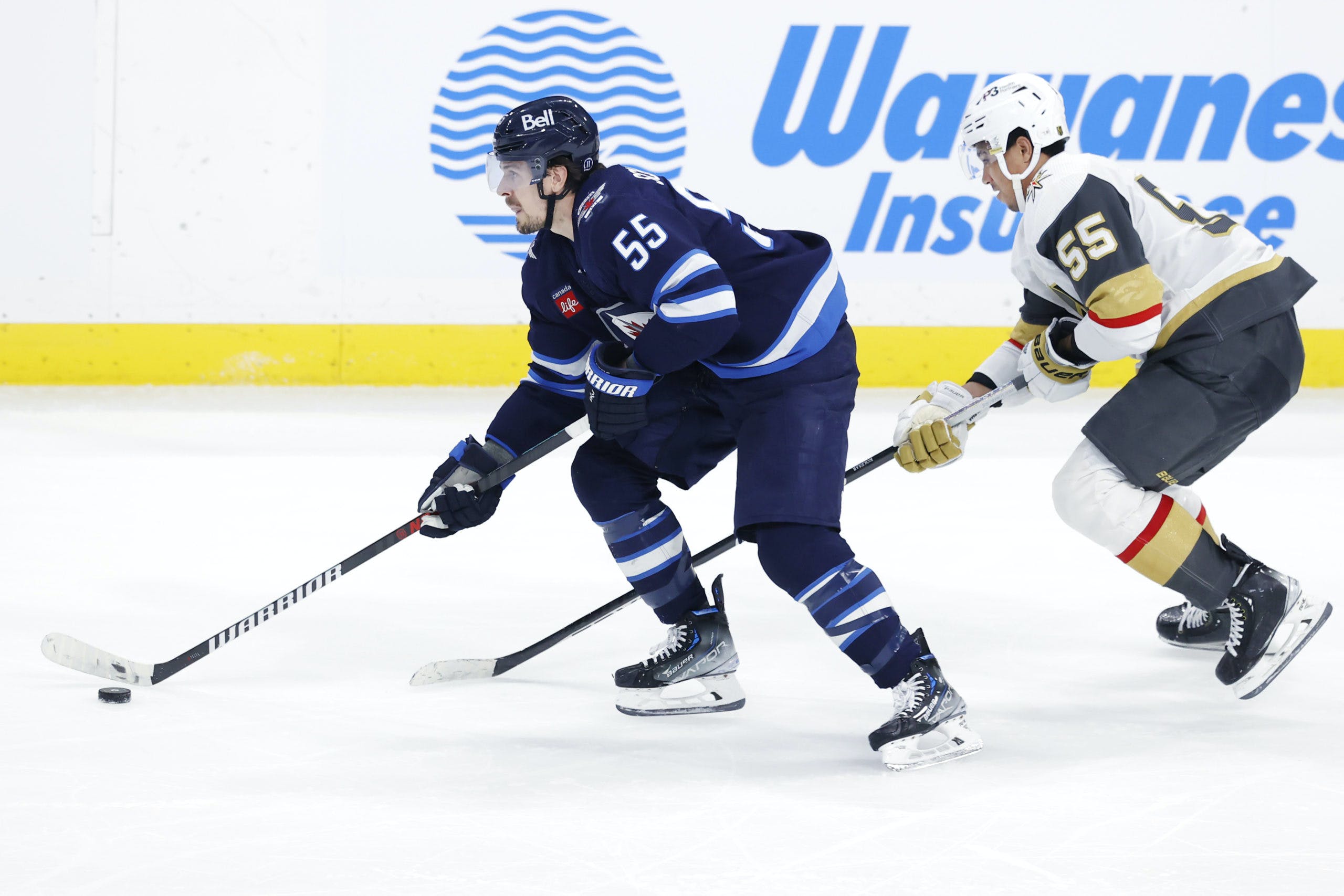 By Angus Hout
1 month ago
Welcome to Jets Nation brought to you by NHL bets site Betway! For just the second time this season the Winnipeg Jets have lost consecutive games. The Vegas Golden Knights have the Jets been a part of both of the Jets’ consecutive losses. The first one goes back to Oct. 20 when the Knights would beat the Jets 5-2. Gather and let’s talk about the Golden Knights and Jets from this season as well as the game between the Jets and Golden Knights from Dec.13.
Kevin Stenlund would play his first NHL game of the season. In his season debut, Stenlund would score an assist on Sam Gagner’s fourth goal of the year. Stenlund would play 11:04 in ice time. I would say the Swedish-born player had a solid game for the Jets on the fourth line adding some much-needed size to the fourth line. The fourth-line center would win four of seven faceoffs, all of which were deep in the Jets zone.
Rick Bowness would praise Stenlund after the game. “I thought Kevin had a very strong game. Kevin gave us what we needed, win some faceoffs, he’s a big strong guy who held onto the puck I like his game it helped that (Fourth) line create offence.”
While Saku Mäenalanen is out with injury Stenlund is a good fit on the bottom six. I would love to see a line of Stenlund, Mäenalanen and David Gustafsson as the fourth line. Two Sweeds and a Finn on the fourth line? Why not. It would be a fairly big line that can move at a good pace. It seems like the rest of the Jets get fired up after the fourth line gets off the ice. That fourth line might not score a whole lot but they do like to shoot and they can fore-check like no one else.
Mark Schiefele would score his sixth NHL career hat-trick against the Golden Knights. Schiefele would score the opening goal of the game at 9:22 of the first period when he would pull a dirty deflection off of a great shot from Josh Morrissey.
Scheifele would score his second goal during the power play. For a moment the first-ever pick for the Jets looked like the great eight Alexander Ovechkin just standing in the left dot all by himself during the man-advantage. We can’t forget about Kyle Connor’s cross-ice pass to get that goal.  To coach Bowness and his staff, encourage MARK SHOOT MORE!
The final goal for Scheifele would come with one second left in the game. It was another beautiful snipe from the 29-year-old Jets forward. Although it was ultimately a moot point to score the final goal it still is great to see the drive in number 55.  The effort has increased a ton from last season to this one. The fact we have had to wait this long to see Scheifele’s goal-scoring ability feels like a missed opportunity from the previous coaching regime. Can’t wait to see Scheifele push for 50 goals this season.
One could say the Vegas Golden Knights have the Jets’ number. The Jets lost all three games to the Golden Knights this season and have been outscored the Jets 13-8 in the three games. The Jets were unable to have successful full 60 minutes against one of the best teams in the NHL.The Golden Knights have an answer for everything the Jets throw at them and Adin Hill has a perfect 4-0 record against the Jets even with a .899 save percentage and a 2.70 goals-against average.
The Jets would start the game against the Golden Knights well the first 10 minutes was what we want to see from this Jets club, but as the first period the Jets would flounder and find themselves down 2-1 leaving the first period. In the first Vegas would manage to get 15 shots on Connor Hellebuyck, many of those shots in the first were high-danger chances.

In the second period when the Golden Knights would only be held to nine shots again but would up the high-danger chances and still sneak one past Hellebuyck. I liked the Jets’ second period for the most part the team was buzzing and we would see two goals from the bottom six we would see a tied game going into the third.
From what I’ve taken from the games between the Jets and Golden Knight. The Jets can outplay Vegas for the majority of the game but the moment the Jets have a breakdown or a moment of weakness they will torch the Jets and the goaltenders.
In the first Jets game against the Golden Knights on Oct. 20th, the Jets would get beat down in the first period for 15 minutes and would leave David Rittich out to dry.After the Jets would allow the four first-period goals they would hold the Knights to 19 shots in the final forty minutes. The Jets looked good after waking up but they couldn’t get it done.
In the second game between Winnipeg and Vegas on Oct.30, the Golden Knights walked all over the Jets for basically 60 minutes. Hellebuyck would stand on his head stopping 46 of 47 shots in regulation. The Jets would only muster 20 shots against. The Jets starting goaltender would take the team to overtime and it took one shot in the dying moments of overtime for Eichel to win it.
Getting ahead of myself just a little bit. If the Jets and Golden Knights are the two teams competing in the Western Conference Finals I think the Jets could push the Golden Knights all the way to the limit and will fall short again as they did in 2018.
The Golden Knights have better talent and a deeper roster. The risky game they play has beaten the Jets’ defence and led to high-danger chances and big goals. Who knows the risky game Vegas plays might their downfall, but for right now it seems like it will be the giant that could slay the Jets this season.
Editorials
Recent articles from Angus Hout 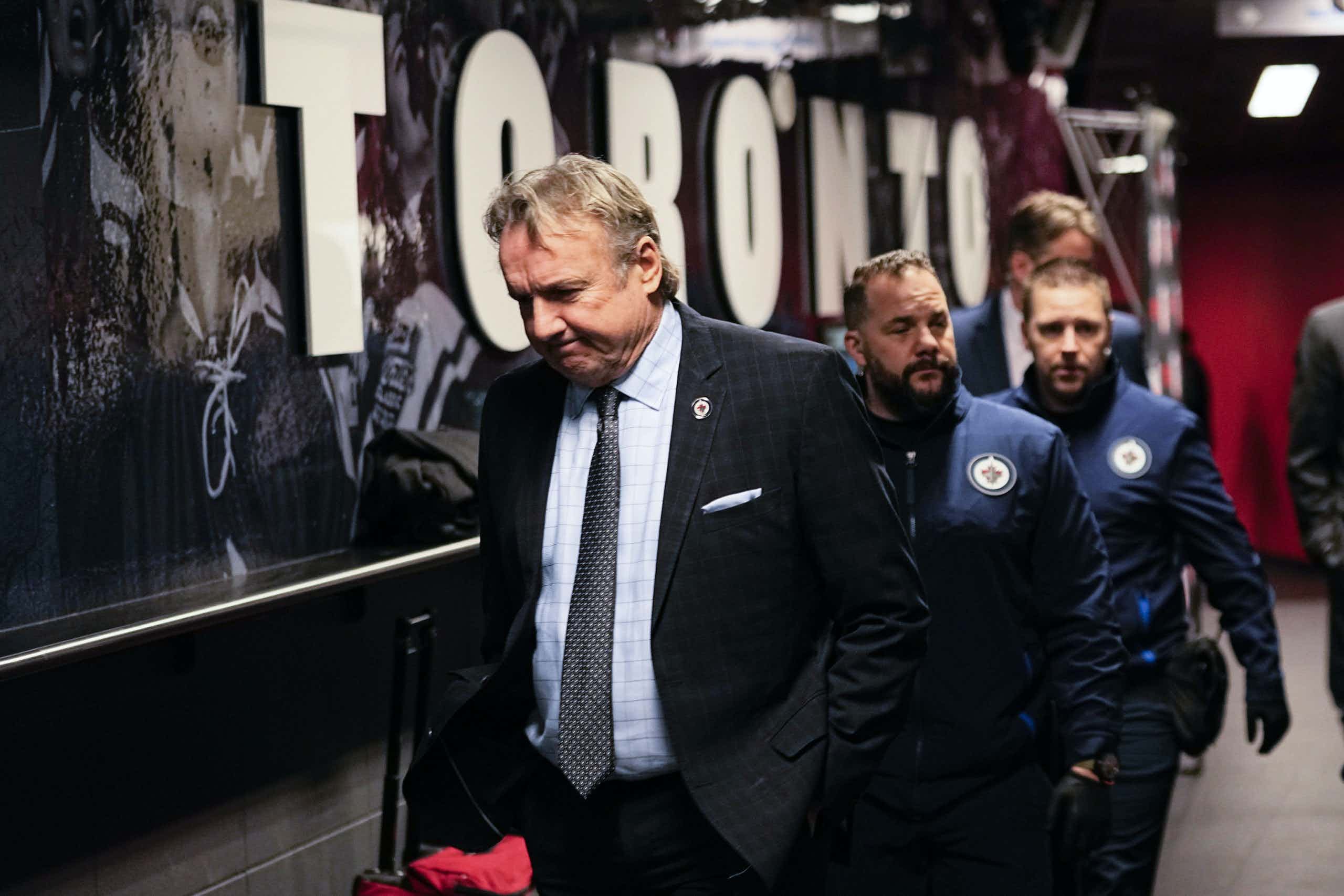