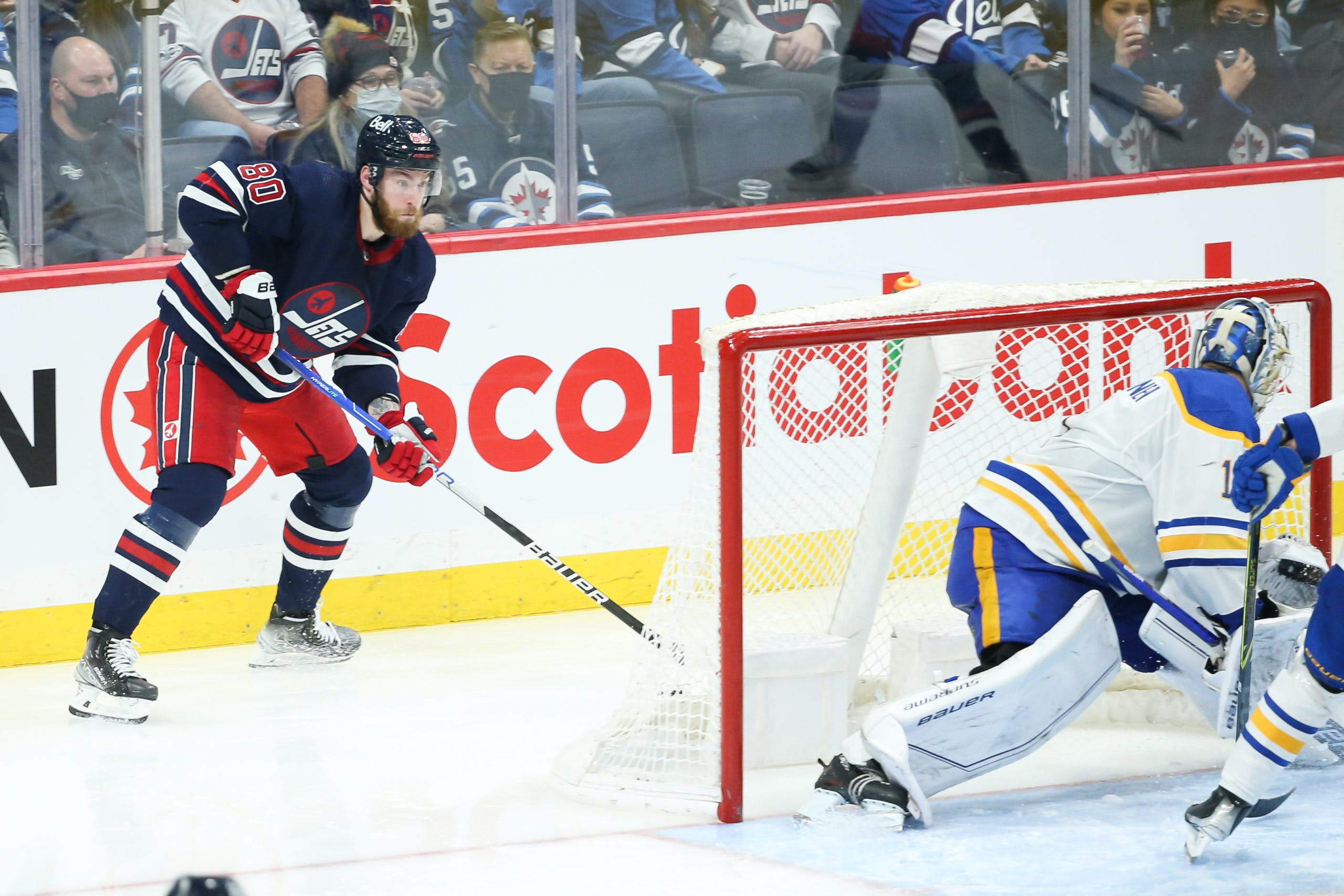 By Thomas Hall
8 months ago
It’s been nearly three months since the Winnipeg Jets last enjoyed a three-game winning streak but on Wednesday, this could finally be the time when they string together three consecutive victories.
First, however, this club will need to surge past the rebuilding Buffalo Sabres, who’ve performed to a miserable 24-33-10 record and have earned just 58 points this season. Their future may be very bright, but as for the present, well, their record speaks for itself.
The Jets aren’t a team that can throw stones, though. More often than not, they’ve struggled to handle clubs positioned near the bottom of the standings this season, particularly involving the Sabres and Arizona Coyotes.
If we rewind to Dec. 14, Winnipeg ultimately lost 4-2 to Buffalo and just a few days later, former coach Paul Maurice resigned from the organization. So it’ll be crucial to avoid playing down to their competition this time around.
With that in mind, let’s explore three storylines ahead of the first half of this upcoming back-to-back series.

In just a short time, the Jets have added some much-needed balance to their forward group by moving captain @Blake Wheeler to centre @Pierre-Luc Dubois’ line. While this unit – which is also joined by @Kyle Connor – has yet to score, it hasn’t been for a lack of effort.
Most recently, this trio created plenty of havoc against the Coyotes, generating eight shots on goal and six high-danger chances, according to NaturalStatTrick.com. And yet, they still couldn’t beat rookie goaltender @Karel Vejmelka all night long.
Nevertheless, it’s very encouraging that Wheeler – who was responsible for three of those six high-danger chances – has created instant chemistry alongside Dubois and Connor. Over the past two games, it appears they’ve been able to complement each other’s offensive skill sets, which is something the coaching staff hopes will continue moving forward.
Set to face Buffalo, a club that’s allowed 3.51 goals per game this season (seventh-most), the combination of Connor, Dubois and Wheeler could be poised to finally translate their success onto the scoreboard.

After sitting in the press box for an extended stretch, defenceman @Ville Heinola drew into the Jets’ line-up for the first time since Feb. 14 on Sunday, and the 21-year-old certainly didn’t disappoint.
Positioned next to veteran @Nate Schmidt, who served in a leadership role, Heinola made a seamless transition after not playing a single NHL game in a month and a half. Across his 15:28 minutes of ice-time, he was seen making smart puck decisions, boxing out in front, forcing turnovers and executing clean defensive zone exits.
To top things off, the left-handed blueliner earned a secondary assist – his third NHL point of 2021-22 – on @Mark Scheifele’s first of two goals versus the Coyotes.
In the end, this new pairing of Heinola and Schmidt proved very effective, albeit while facing one of the league’s bottom feeders. Still, finishing the night with a 69.8 per cent Expected Goals For Percentage, a 57.1 per cent Fenwick For Percentage and a 55.9 per cent Corsi For Percentage at 5-on-5, according to MoneyPuck.com, is no small feat.
Thanks to these impressive results, Winnipeg’s newest defensive pairing will remain together during this matchup in Buffalo.

It’s a tale as old as time. Normally, scoring the game’s opening goal significantly improves a team’s chances of earning two points, and this showdown between the Jets and Sabres shouldn’t be any different.
Amid this club’s two-game winning streak, they’ve scored first during each of their two previous victories, which has been a key factor in their recent success. Since this hasn’t always been an area of strength this season, it’s been refreshing to watch these skaters enjoy success shortly after puck drop as of late.
Unlike Winnipeg, Buffalo has largely faltered in this department all year long and in most cases, has been defeated after being scored on first. In turn, their franchise is currently tied for the fifth-most losses (24) when allowing the contest’s opening goal.
Taking these results into account, whoever cracks the score sheet first could ultimately decide the outcome of this tilt, especially if that team proves to be the Jets.
More from Jets Nation:
Uncategorized
Recent articles from Thomas Hall