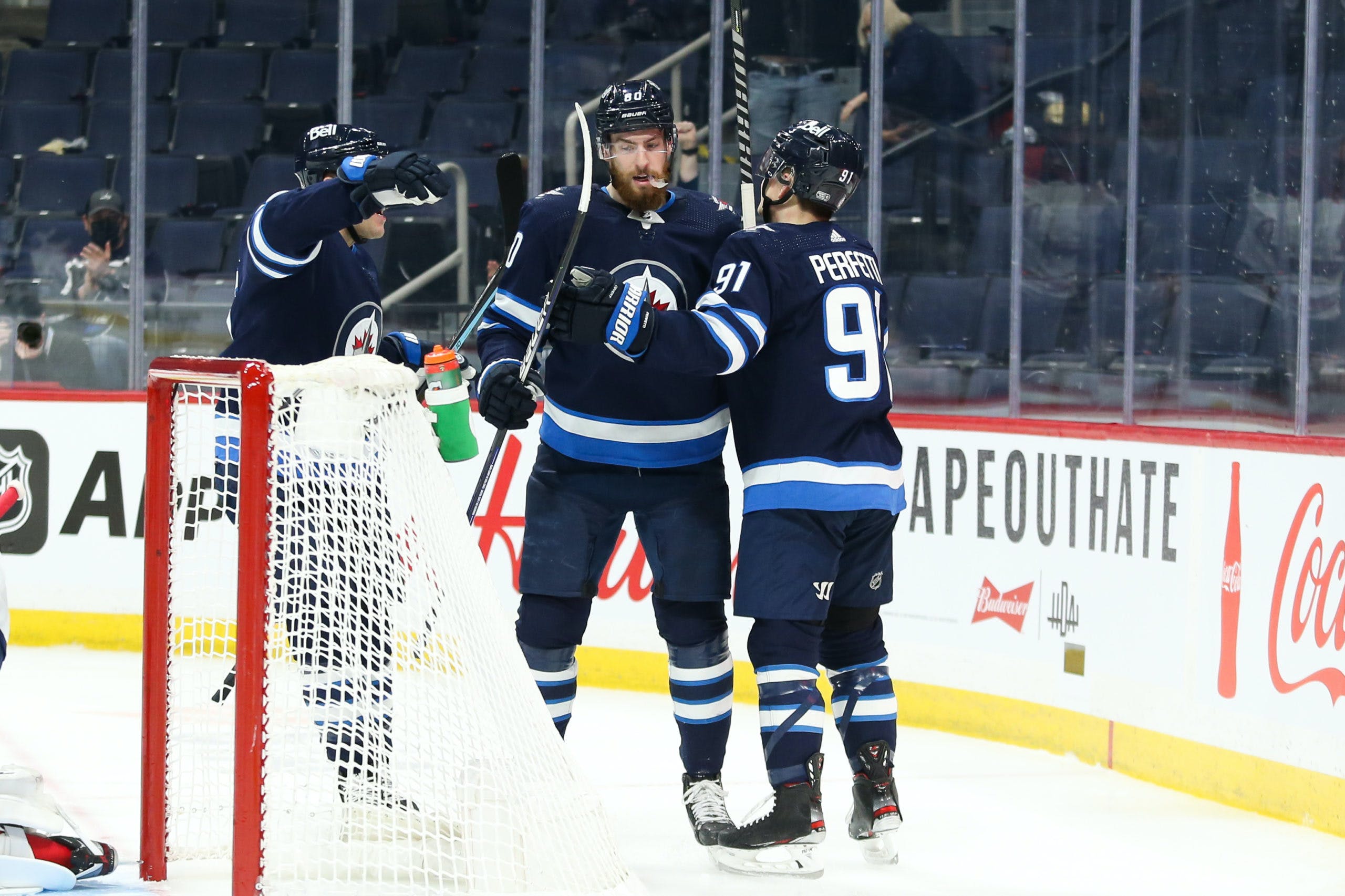 By Thomas Hall
10 months ago
Coming into this contest riding a five-game losing streak, the Winnipeg Jets will be doing everything they can to carve out a much-needed victory while hosting the Vancouver Canucks.
As poor as these recent results have been, this franchise still remains in the hunt for a playoff spot, albeit, fighting for the second wild-card seed. In saying that, they’ll need to leap over four other organizations to claim that final seat at the table and if things don’t turn around quickly, doing so could become virtually impossible.
The Jets won’t make or break their season during this one game, however, there’s no question coming away victorious before heading out on a two-game road trip could provide everyone with a boost leading into the All-Star break.
For the Canucks, they’ve been experiencing their own issues lately as they’ve dropped three straight and have endured a series of COVID-related absences, as well. In total, they recently featured five skaters in protocols, including both of their regular goaltenders, @Jaroslav Halak and @Thatcher Demko.
With Halak and Demko both clearing the league’s COVID list on Thursday, their coaching staff probably won’t be forced to call upon @Spencer Martin once again, who enjoyed a 47-save performance in a losing effort against the Edmonton Oilers last time out.
For a preview of this matchup, here are three storylines ahead of this final meeting of the season between Winnipeg and Vancouver:

When rookie @Cole Perfetti opened the regular season with the Jets in October, many people had hoped his stay in the NHL would last for more than just a few games, unfortunately, that wasn’t the case at the time. But now, it doesn’t appear he’ll be returned to the AHL any time soon.
With nine NHL games under his belt, the 5’10” forward will begin the first year of his entry-level contract if he plays another contest at this level in 2021-22. Though there’d be an obvious financial advantage to sending him back to the Manitoba Moose, from a competitive standpoint, it’d be a foolish decision.
Ever since rejoining this club post-holiday break, Perfetti has been a difference-maker on the ice, especially once he was bumped up next to @Pierre-Luc Dubois and @Kyle Connor. Showcasing his offensive capabilities, the 20-year-old is fresh off his first career multi-point performance and also scored his first goal on Jan. 18 against the Washington Capitals.
After having last season slide on his current contract, following Thursday’s showdown against Vancouver, his clock will officially begin at the NHL level. As a result, the former first-round selection will become eligible for restricted free agency after the 2023-24 campaign.
Considering that’s still two and a half seasons away, for now, everyone should just enjoy the remarkable show that Perfetti is displaying at such an early stage of his professional career.

As things currently stand, Winnipeg’s blue line isn’t expected to gain any healthy bodies back ahead of this upcoming contest, which will see @Josh Morrissey (COVID-19), @Dylan DeMelo (upper-body), @Dylan Samberg (upper-body) and @Logan Stanley (lower-body) all remain sidelined.
Based on these absences, this franchise has been forced to dip into its deep pool of defensive prospects yet again, this time recalling defenceman @Johnathan Kovacevic from the AHL. Though the 24-year-old has yet to make his NHL debut, he’ll receive that opportunity Thursday as he’ll draw in as an injury replacement against Vancouver.
Over his three seasons with the Moose, the towering 6’5″ blueliner has appeared in 107 career games, posting 14 goals and 42 points during that span. Along with possessing a powerful shot from the point, the Grimsby, Ontario native also doesn’t shy away from utilizing his lengthy frame to press the opposition, particularly inside the defensive zone.
Unfortunately, the Jets didn’t run any line combinations during Thursday’s morning skate, meaning we’ll have to wait until pre-game to determine which defensive pairing Kovacevic will be assigned to. Having said that, there are a handful of possibilities the coaching staff could potentially decide to roll with, which might include pairing him with @Ville Heinola.
On the other hand, perhaps interim coach Dave Lowry wants to provide the right-handed defenceman with a veteran presence during his first NHL contest. If that’s the case, @Nate Schmidt or @Nathan Beaulieu would likely be the most logical choices given their left-handedness and extended on-ice experience.
Either way, it’ll be very interesting to see what type of impact Kovacevic has during his first time out.

After allowing five goals and 14 high-danger chances at 5-on-5 last game, according to NaturalStatTrick.com, the Jets focused heavily on refining their defence at Wednesday’s practice and are aiming for improved results against the Canucks.
Among the drills that were performed, most notably, this team worked on defending against odd-man rushes and denying entries into the defensive zone – two key aspects that plagued them against the Panthers. If not for some spectacular saves from goaltender @Connor Hellebuyck, he likely would’ve surrendered far more than just five goals due to his team’s lack of execution in these areas.
This time around, however, Winnipeg hopes to not only make it tougher for opposing teams to cross their blue line but to also have its forwards backchecking consistently in transition. Granted, not every forward on this roster features the quickness to help off the rush, however, it’ll still be vital for at least one skater per line to execute this game plan.
That way, along with back trailing opposing team’s line rushes, the forward group can also retrieve loose pucks more consistently afterwards, allowing for quicker exits out of the defensive zone.
Uncategorized
Recent articles from Thomas Hall