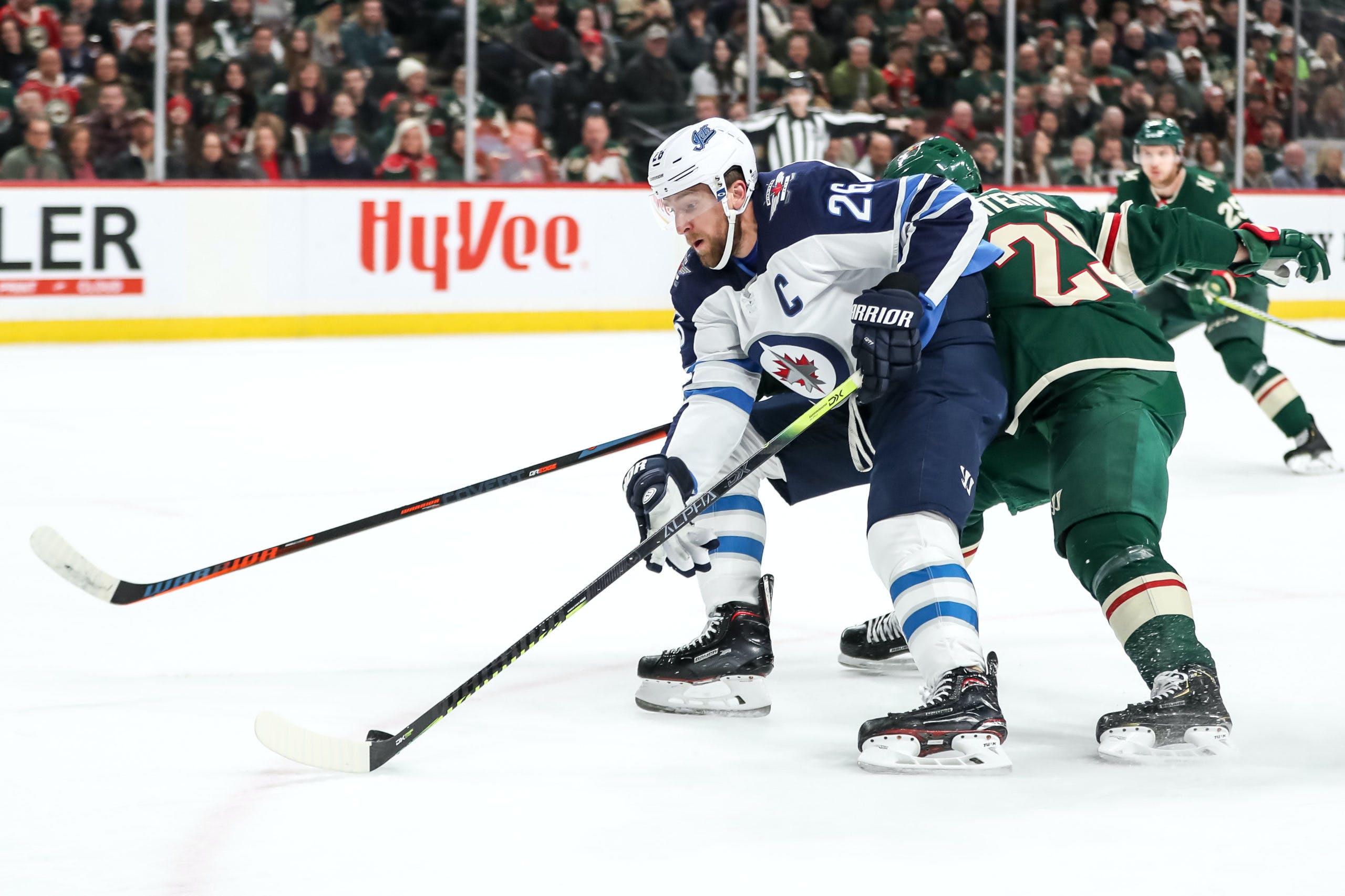 By Thomas Hall
1 year ago
As the Winnipeg Jets look to conclude this current three-game road trip, which will finish Tuesday night against the Minnesota Wild, this team will also be hoping to turn their fortunes around as they’ve unexpectedly opened the regular season on an 0-2 start.
Following a pair of disappointing losses at the hands of the Anaheim Ducks and San Jose Sharks – pretty sure no one predicted that outcome when the schedule was initially released – the Jets are looking to regroup against one of their Central Division foes, in the Wild. Unfortunately, they haven’t fared overly well against this opponent over the last few seasons.
Though Winnipeg and Minnesota didn’t face one another last season, directly caused by the COVID-19 pandemic, the franchise from the “True North” has racked up plenty of losses over the last eight meetings since 2018-19, six to be exact.
If this team hopes to change that narrative, they’ll need to clean up several areas of their craft ahead of time, which brings us to three storylines fans should monitor during this third game of 2021-22.

After entering the National Hockey League’s COVID-19 protocols on Monday, the Jets announced that captain @Blake Wheeler did indeed produce a positive test and is symptomatic, meaning by rule, he’ll be forced to isolate for at least 10 days.
In his absence, @Andrew Copp has been promoted to the club’s top line, joining teammates @Kyle Connor and @Mark Scheifele. As for the second line, @Pierre-Luc Dubois and @Nikolaj Ehlers will be paired with @Paul Stastny, who skated alongside this powerful duo for most of last season.
Along with reshuffling the top-six forwards, there have also been some changes made to the bottom-six group, which will actually only include five skaters Tuesday, as this team plans to operate with just 11 forwards and seven defensemen.
With this in mind, @Jansen Harkins, @Adam Lowry and @Kristian Vesalainen will occupy Winnipeg’s third line. As for the 10th and 11th forwards, @Evgeny Svechnikov and @Riley Nash are slated to serve in those roles, leaving @Cole Perfetti as the lone healthy scratch – insert frustrating GIF below.
Since Wheeler is tabbed to miss at least the next four games, including this showdown in Minnesota, odds are this team’s forward lines will remain in constant flux until the 35-year-old is deemed eligible to return to action.

Despite featuring plenty of talent at the forward position, the Jets are one of a handful of teams that’s struggled mightily on the power play in 2021-22, which is something they’re desperate to change during this matchup against the Wild.
While this club has compiled eight opportunities with the man advantage so far, they haven’t converted on a single one of those chances, understandably, leading to a considerable amount of frustration. Putting these woes into perspective with the rest of the league, they’re one of seven franchises that’s yet to score a power-play marker, however, only one organization (Montreal Canadiens) has earned more chances than them.
Considering Connor and Ehlers led the way for Winnipeg in goals with the extra skater last season, they’ll no doubt be counted on once again to help carry their team beyond these current scoring struggles. Having said that, it’ll also be crucial for every skater on the power play to focus on advancing the puck into high-danger areas, an aspect both units have faltered with early on.
But with Wheeler out of the lineup, the Jets’ first power-play group is expected to feature a new face in Nash, who hasn’t registered a single point with the man advantage since 2017-18. Though the 32-year-old doesn’t provide much offensive upside at this stage of his career, coach Paul Maurice inserted him into this group in favour of his right-handedness.
So let’s hope Nash can serve as somewhat of a spark plug, as unlikely as that may seem, paired with improved performances from the rest of these two special teams units.

Similar to their power-play struggles, the Jets also haven’t fared well on the penalty kill either this season, as they’ve operated as one of the worst units in that department across the entire league.
In total, this team is currently tied for the second-most power-play goals against (four), the third-most high-danger scoring chances against (eight) and has posted the sixth-worst expected goals against rate (2.42) among all 32 teams in the league, according to NaturalStatTrick.com.
For those traditionalists out there – yes, it’s ok to come out now – Winnipeg is tied for the fourth-worst success rate (60.0%) on the penalty kill. Any way you look at it, these troubling metrics can’t be allowed to continue moving forward.
One of the most concerning issues regarding this club’s ability to kill penalties has been its second unit, which has featured several different forwards up to this point. While Copp and Lowry have locked down the first unit, Wheeler and Stastny have each spent at least 4:00 minutes on the PK this season, that’s not an ideal situation involving two ageing players.
In turn, Harkins and Vesalainen have combined to record less than 2:00 minutes total on the PK in 2021-22, 1:22 to be exact. But with Wheeler out of commission, that could – and probably should – open the door for at least one of them to spend significantly more time killing penalties over this next stretch of games.
Uncategorized
Recent articles from Thomas Hall