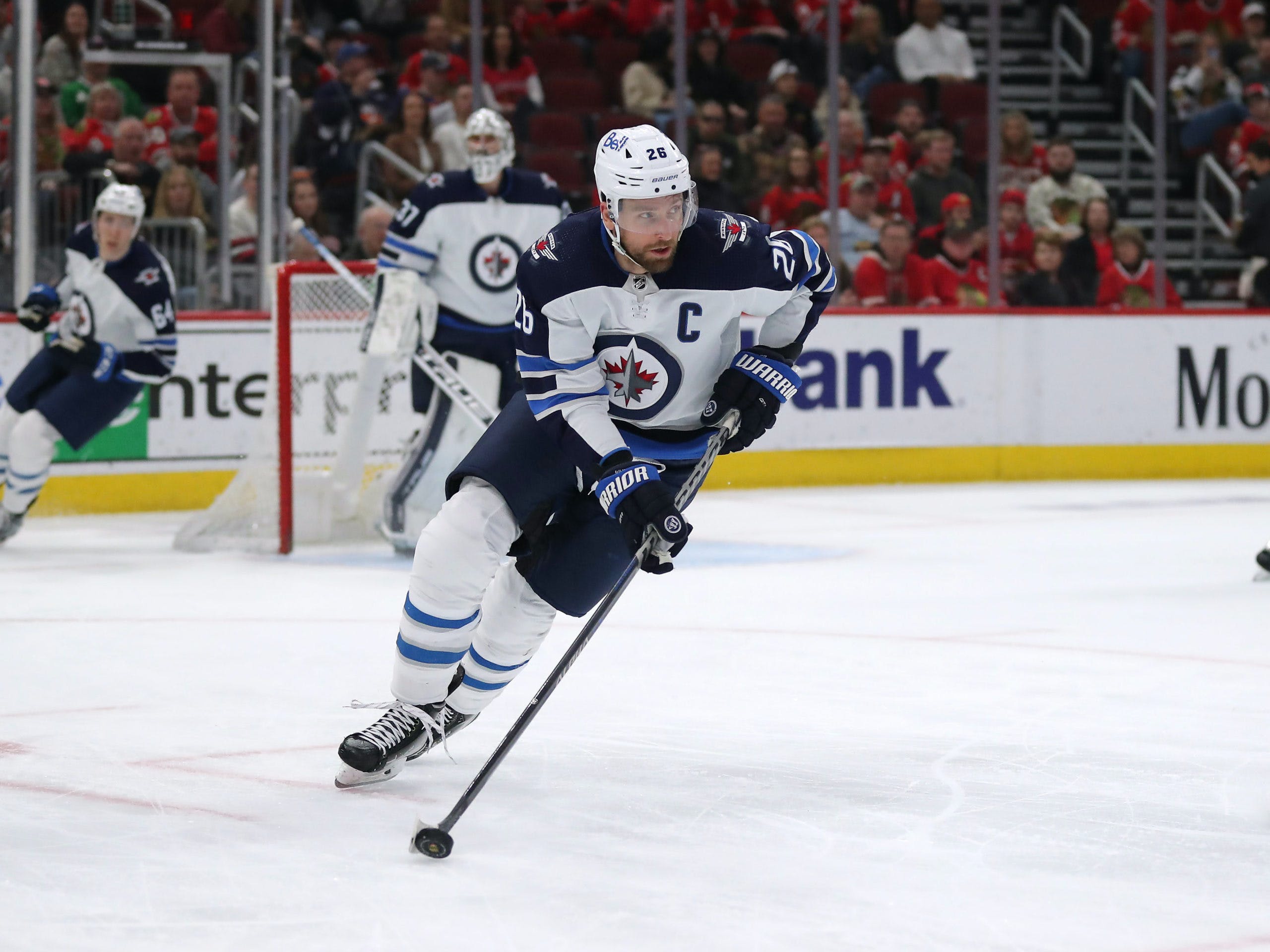 By Thomas Hall
7 months ago
After flying to Florida a few days early, the Winnipeg Jets held practice at FLA Live Arena on Thursday and welcomed back captain @Blake Wheeler, who’s missed the last three games due to injury.
Once practice concluded, interim coach Dave Lowry confirmed that Wheeler will return to the club’s line-up against the Panthers on Friday. In turn, he’ll be reunited with teammates @Kyle Connor and @Pierre-Luc Dubois on the Jets’ top line.
Wheeler, 35, suffered an upper-body injury in a 3-1 loss to the Detroit Red Wings back on Apr. 6. Though he finished the game, it was later revealed he’d be sidelined indefinitely after colliding awkwardly into the boards at Canada Life Centre.
The 6-foot-5, 225-pound forward has logged 57 games this season, averaging 19:51 minutes of ice-time per night. Additionally, he’s scored 12 goals and 54 points during his 14th NHL campaign.
Along with Wheeler, forward @Jansen Harkins also returned to practice Thursday after spending the previous four games in the league’s concussion protocol. For now, the left-hander is currently considered a game-time decision ahead of Friday’s contest.
@Mark Scheifele, who suffered a shoulder injury in Ottawa on Sunday, remains in Winnipeg and isn’t travelling with the team during its four-game road trip.
On a lighter note, rookie @Cole Perfetti has rejoined the Jets and skated briefly during Thursday’s practice. Despite this encouraging development, there isn’t a timeline for the 20-year-old’s return – who’s been sidelined since Feb. 17.
Winnipeg will begin its back-to-back series on Friday versus Florida, with puck drop scheduled for 6:00 p.m. CT.