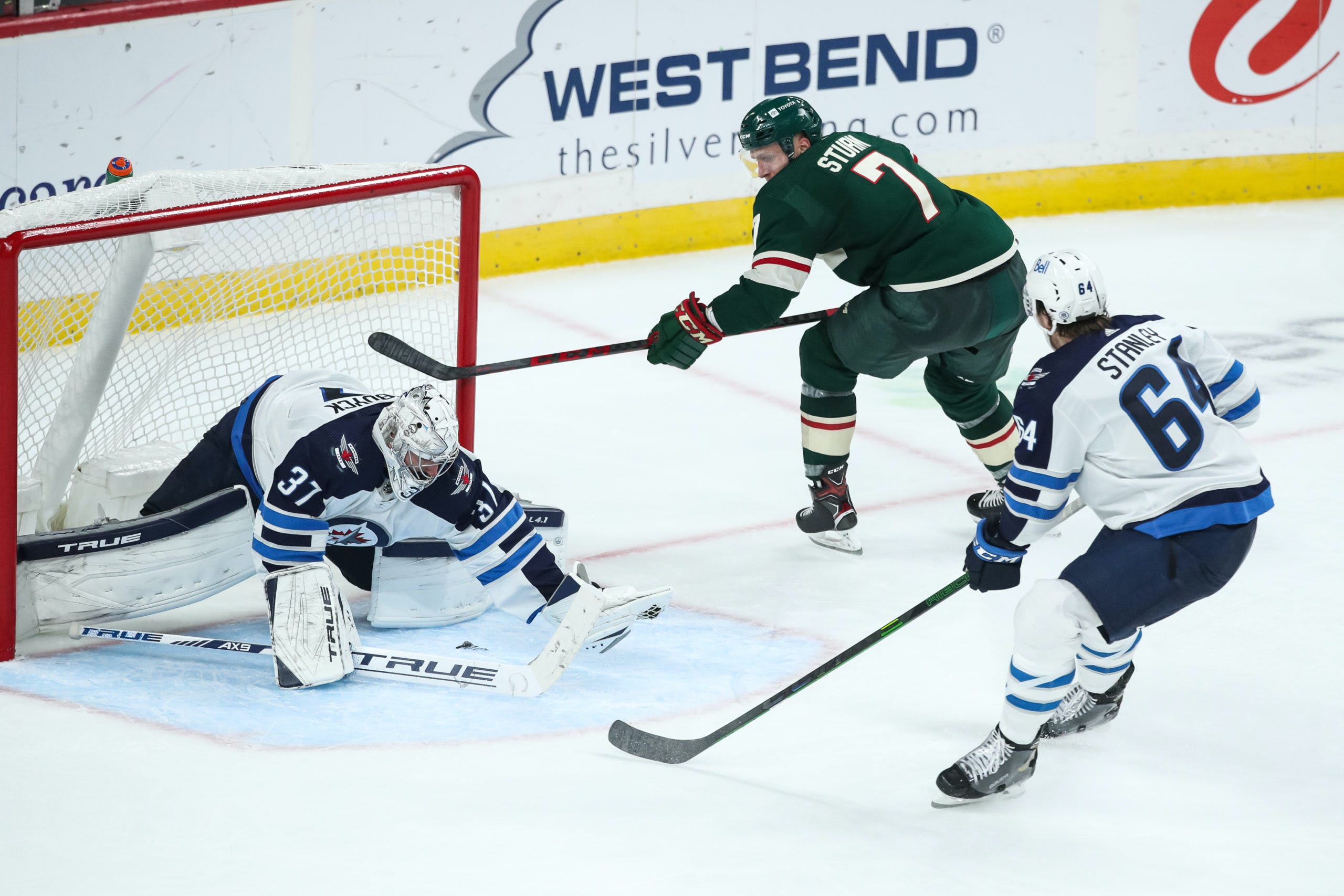 By Angus Hout
11 months ago
On Nov. 25, the Winnipeg Jets picked up their fourth loss in a row, falling 3-0 to the Columbus Blue Jackets.  In the last four games, they’ve scored a total of just four goals.
With both @Pierre-Luc Dubois and @Riley Nash making their returns to Columbus, I thought the Jets would have been fired up to beat the Blue Jackets. Unfortunately, I was wrong and this team made me look silly on all accounts. On the night, I went 1-for-6 regarding my bets Tuesday evening.
Let’s see if this matinee game against the Minnesota Wild can turn around my luck while also helping the Jets return to the win column.

Heading into this contest, the Jets are positioned third in the Central Division with 22 points. The Colorado Avalanche are just one point behind them, however, they own three games in hand on the Jets. Since Nov. 6, the Jets have gone 1-for-22 on the power play, placing them second-last in the league during that span.
Goaltender @Connor Hellebuyck will be starting in goal this afternoon. Despite losing his last three games, he’s still been fantastic this season, posting a 2.54 goals-against average and .921 save percentage.
Veteran @Paul Stastny could return from his eight-game absence during this contest against the Wild, although his status won’t be officially determined until the pre-game skate.
@Kyle Connor remains the Jets’ leader in scoring, with 12 goals and 22 points. On the other hand, @Andrew Copp leads the team with 11 assists.
On the season, the Jets are sixth in goals against, allowing 2.58 a game. Annoyingly, this club is tied with two other teams (New York Rangers and Seattle Kraken) at 16th in goals for, averaging 2.84 per game.

What You Need to Know About the Wild

The Wild sit on top of the Central Division with 25 points, which also has them placed behind both Alberta teams in the overall Western Conference standings. Minnesota won its last game against the New Jersey Devils, courtesy of a 3-2 shootout victory. In the last 10 meetings between these two franchises, the Wild own a 7-3-0 record.
Goaltender @Cam Talbot will be in net this afternoon. Talbot is sporting a 10-5-0 record,  2.87 goals-against average and a .909 save percentage through 15 games this season. The Wild will be without @Jared Spurgeon Friday.
@Ryan Hartman leads the Wild in goals with 10. @Kirill Kaprizov has registered the most apples with 13 and the most points with 18.
In 2021-22, the Wild are positioned fifth in goals for per game (3.42) and 23rd in goals against (3.16).

I’m betting with PointsBet.com and so should you!
Moneyline: I’m going against my heart and choosing the Wild at -131.
Prop Bet: The Wild win and score less than 6.5 goals at +170.
Easy Money: Hartman to score any time at +300.
Risky Business: Copp to score first for the Jets at +750.
Can’t Miss Parlay: Anaheim Ducks Moneyline, Columbus Blue Jackets ML, Pittsburgh Penguins ML, Tampa Bay Lighting ML for +607.
Period Bet: Jets win the second period at +100.
Good luck and happy gambling.
Uncategorized
Recent articles from Angus Hout