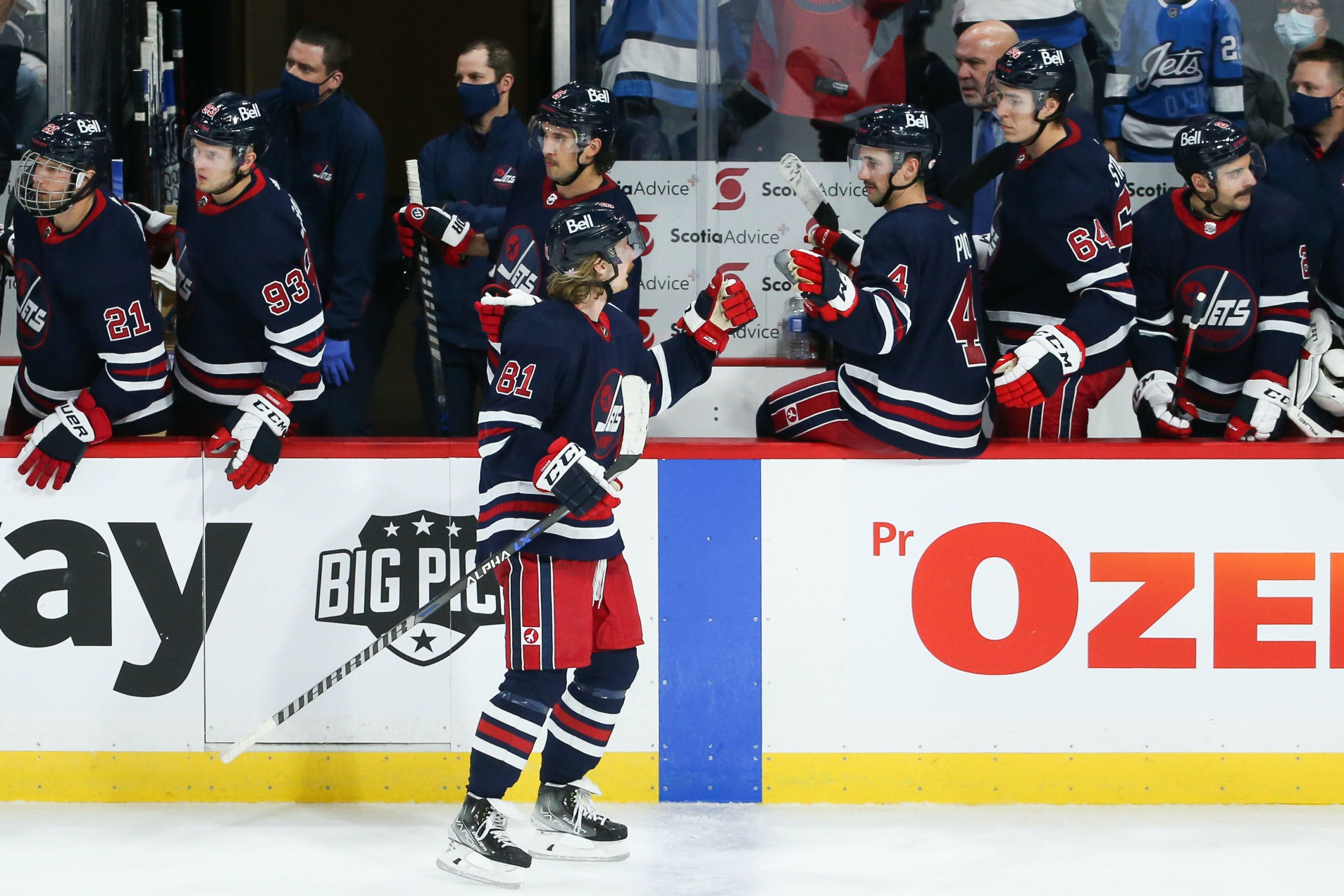 By Angus Hout
1 year ago
On Tuesday, the Winnipeg Jets handily defeated the National Hockey League’s “golden boy” in @Connor McDavid and the Edmonton Oilers by a score of 5-2. The Jets held McDavid off the score sheet until the third period, where he assisted on a pair of power-play goals.
For the Jets to hold him scoreless at 5-on-5 is pretty damn impressive, especially for their defensive standards. If the Anaheim Ducks lose against the Carolina Hurricanes Thursday, the winner between this Oilers and Jets showdown will move into first place in the Western Conference.
Let’s get this betting discussion started and hopefully, we’ll witness a perfect 6-for-6 in picks regarding Thursday night’s action.

That game against the Oilers back on Nov. 16 was the final one of the Jets’ seven-game homestand, which turned out to be very successful. Winnipeg went 5-1-1 and out-scored their opponents 23-14 in those seven games. Thanks to this strong run, they’re currently on top of the Central Division with 21 points and a record of 9-3-3.
Based on the club’s morning skate, @Connor Hellebuyck will receive the start in goal, making his fifth straight start. Unfortunately, the Jets are still without @Paul Stastny, who hasn’t played since Nov. 6.
Heading into this matchup, Winnipeg owns the eighth-highest percentage (23.8%) on the power play in the league, according to NHL.com. On the other hand, this team’s penalty kill still sits near the bottom of the leaderboard, positioned with the second-lowest percentage (64.3%) among all 32 teams.
Offensively, @Kyle Connor leads the Jets in scoring with 12 goals and 20 points. As for where his results rank amongst the top scorers in the league, he’s currently tied for the second-most goals and has recorded the fifth-most points.

What You Need to Know About the Oilers

The Oilers have started their season with an 11-4-0 record, and are coming off a five-game road trip where they went 2-3-0.
Edmonton will be starting rookie goaltender @Stuart Skinner, who relieved teammate @Mikko Koskinen during the third period of Tuesday’s game. Skinner stopped all eight shots against over his 20 minutes of play.
The Oilers’ power play has been electric this season, converting 42.6 percent of the time – first in the league.  On the penalty kill, they’ve also been fairly effective, placing fourth on the leaderboard with an 87% success rate.
Offensively, @Leon Draisaitl currently leads the NHL in goals (17) and points (33), with McDavid trailing behind him in both goals (10) and points (29).

I do all of my sports betting at Pointsbet.com and you should too.
MoneyLine: Jets are the underdogs, but I’m taking them at +125.
Easy Money: Draisaitl to score at any time for +170.
Prop Bet: Both Connor and Draisaitl to score at +390.
Risky Bussiness: Connor to score first for the Jets and Draisaitl to score first for the Oilers at +2500.
Can’t Miss Parlay: Flordia Panthers Money Line, Pittsburgh Penguins ML, Tampa Bay Lighting ML at +337.
Out of Town Risky Business: Anaheim Ducks ML at +135.
Good luck and happy gambling!
Uncategorized
Recent articles from Angus Hout