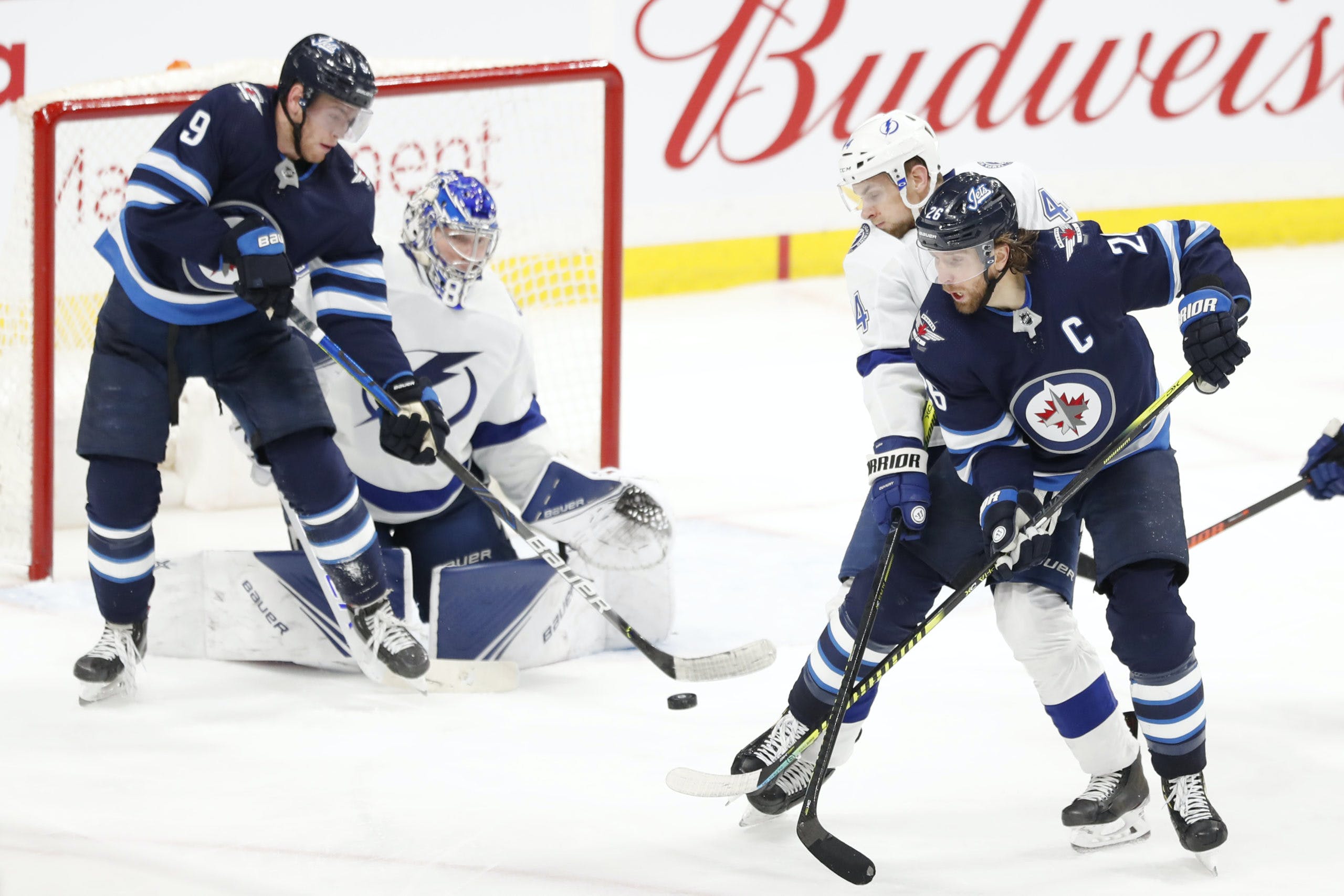 By Angus Hout
8 months ago
On Mar. 6, the Winnipeg Jets lost 4-1 against the New York Rangers, a game this club deserved to win. Goaltender @Igor Shesterkin continued his incredible season, stopping 45 of 46 shots against for a sensational .978 save percentage.
Despite this tough loss, forward @Nikolaj Ehlers scored his first goal since returning from his lower-body injury. So, at least there’s that.
As of now, the Jets are eight points back of the Nashville Predators for the final wild-card spot, meaning this club can only afford to lose seven games if they’d like to reach 96 points, which looks to be the magic number this year to reach the playoffs.
Let’s hope Winnipeg can reach the 60-point mark with a victory over the Tampa Bay Lightning on Tuesday.

During this disappointing season, the Jets own a mediocre 24-22-10 record. A miracle would need to happen in order for this team to make the playoffs.
@Connor Hellebuyck will get the nod for the Jets in the contest. Thus far, his numbers aren’t where they normally are as he owns an 18-20-9 record,  a .910 save percentage and a 2.95 goals-against average.
Winnipeg will be without @Cole Perfetti (upper-body), @Dylan Samberg (upper-body) and @Nathan Beaulieu (lower-body) against Tampa Bay.
@Kyle Connor currently leads the Jets in goals (33) and points (62), the captain @Blake Wheeler leads the team in assists (31).
The last time the Lightning and the Jets played was back on Jan. 17, 2020, where the Bolts won 7-1.

What You Need to Know About the Lightning

The Lightning are having another year of success, featuring a 37-12-6 record and 80 points, positioning them second in the Atlantic Division behind the Florida Panthers. Currently, Tampa Bay is riding high, winning eight of their last 10 games.
2021 Conn Smythe Trophy winner, @Andrei Vasilevskiy, will run the crease for the Lightning on Tuesday. He’s enjoying another tremendous year, posting a 30-9-4 record, a 2.33 goals-against average and a .920 save percentage.
Tampa Bay will be without both @Zach Bogosian (lower-body) and @Boris Katchouk (COVID-19) in this game.
@Steven Stamkos currently leads the Lightning in scoring with 27 goals and 62 points. Five-time Norris Trophy finalist @Victor Hedman leads the team in assists (43).
Let’s fondly remember that time when Stamkos scored his 60th goal of the season on the Jets back in 2011-12.