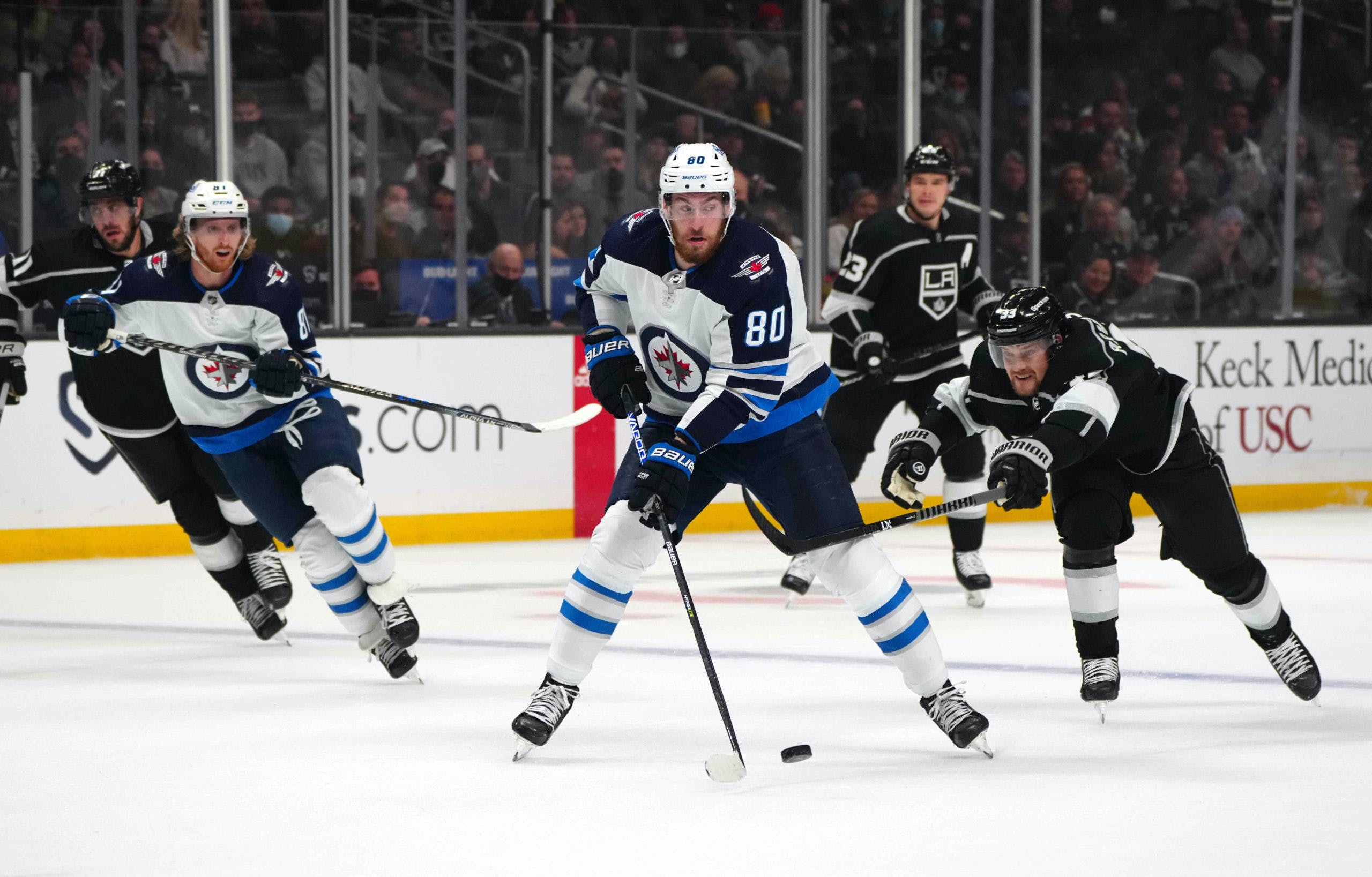 By Angus Hout
1 year ago
The Winnipeg Jets are back in the win column after defeating the San Jose Sharks 4-1 on Oct. 11. This is the second of three meetings between the Los Angeles Kings and the Jets.
The Jets were the last team to hand the Kings a loss, which was back on Oct. 28. Unfortunately for me, I only scored on one of my six bets Thursday night. At this point, I have gotten just three of my 18 bets correct or, for those math nerds out there, I’ve succeeded just 16 percent of the time.
With a sloppy start, maybe you might want to start betting against my picks, but I’m still planning to be bet on six different things every Jets game night, hopefully earning both you and me some extra dollars. Let’s explore Saturday night’s action.

Over the last 10 games, the Jets own a 7-1-2 record, picking up 16 out of 20 points. The Jets are currently third in the Central Division with 17 points, positioning them behind the St. Louis Blues and Minnesota Wild.
@Connor Hellebuyck is expected to start in net against the Kings. Sadly, @Paul Stastny will be out once again, missing his third straight contest due to a foot injury.
Winnipeg is currently tied for 14th in the NHL regarding shots against per game (31.2) and is tied for the 17th-most shots on goal per game (30.8). The Jets have scored 42 goals this season, which has them tied for seventh in that department. As for goals against, they’ve yielded 35 goals, placing them tied for the 11th-most in the league.
Additionally, @Kyle Connor leads all Jets forwards in total goals (10) and points (18) so far this season.

What You Need to Know About the Kings

The Kings are starting to re-emerge as a legitimate team this year after hanging out in the basement for the last three seasons. They’ve started their season 8-5-1, winning their last game 2-0 against the Ottawa Senators.
Currently, they’re sitting fourth in the Pacific Division and have won each of their last seven games. Los Angeles will start @Jonathan Quick, who’s enjoying a tremendous start to his season, resulting in a 4-3-1 recond, 1.98 goals-against average and a .935 save percentage.
Injury-wise, the Kings will continue to be without @Quinton Byfield, @Drew Doughty, @Sean Walker, @Viktor Arvidsson, and @Gabriel Vilardi.
Heading into this matchup, the Kings currently sit seventh in the NHL in shots on goal, averaging 34.6 shots a game. On the other side, the Kings are currently 18th in shots against, averaging 30.6 shots against.
On the season, captain @Anze Kopitar leads the Kings in both total goals (eight) and points (16) through 14 games – not too shabby for the 34-year-old forward.