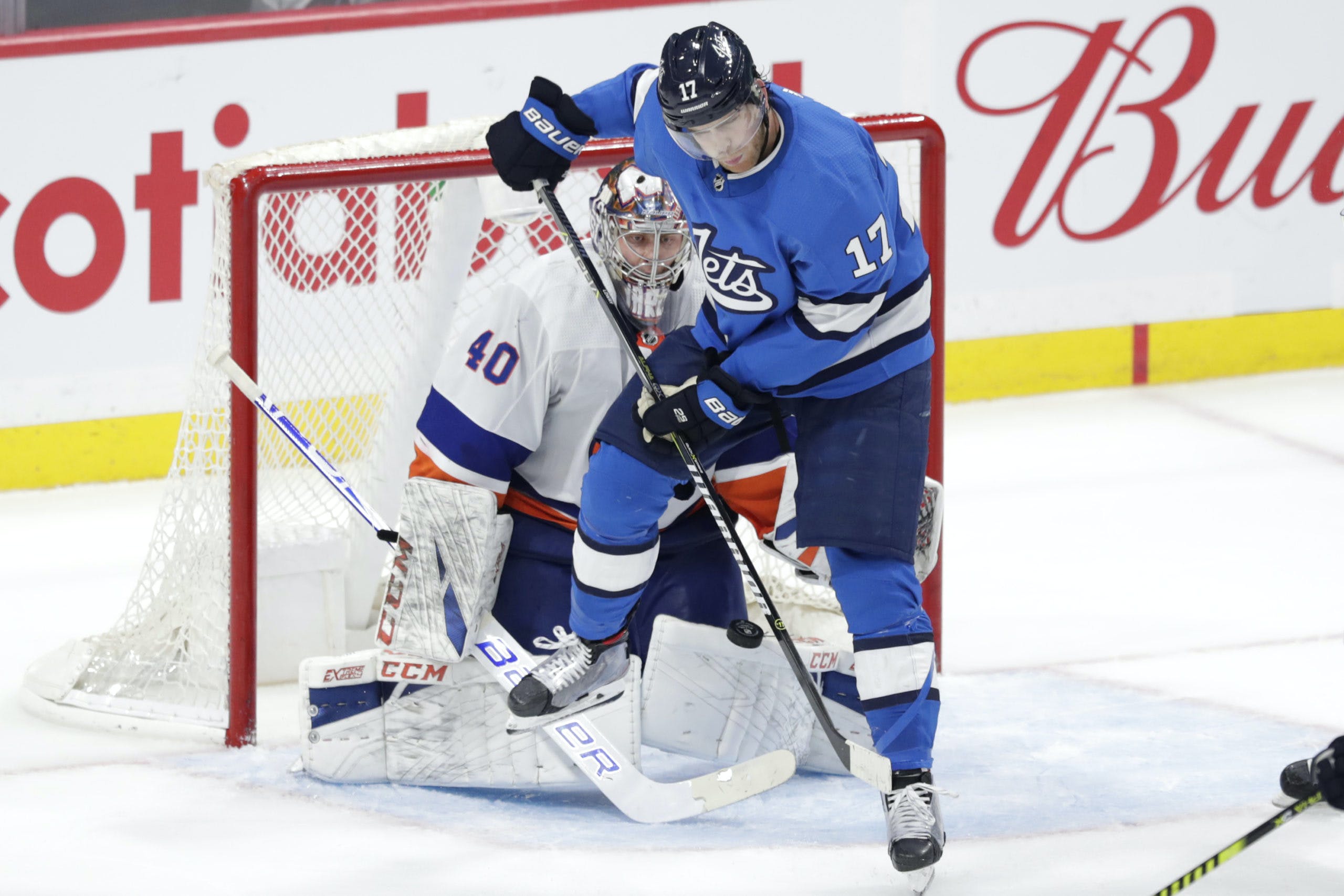 By Angus Hout
1 year ago
The Winnipeg Jets have earned at least one point in each of their last eight games! Not too shabby. On Saturday, this team will be looking to keep this hot streak rolling during this seven-game homestand.
So let’s dive into game No. 11 of the Jets’ season, which will see them take on the New York Islanders. Currently, PointsBet Canada has the Jets as the underdog at +115, with the Islanders viewed as favourites at -136.
For a preview of this matchup, let’s explore the key headlines involving Winnipeg and New York ahead of this Saturday night tilt.

The Jets won their last game against the Chicago Blackhawks 5-1. In total, they’ve won six of their last seven games and that lone loss came against the San Jose Sharks on Oct. 30.
With @Connor Hellebuyck unavailable once again, @Eric Comrie will be starting for a second straight night as looks to earn his fourth victory of 2021-22. In front of him, the same line combinations are expected to return for the Jets, meaning just 11 forwards and seven defensemen will be action against the Islanders – a gameplan that’s worked out fairly well for coach Paul Maurice thus far.
On the penalty kill, the Jets have struggled mightily in that department early on, only killing 64.7 percent of penalties. As a result, this club is currently ranked 31st in the league; just ahead of the Arizona Coyotes, who’re at 63.9 percent. Finally, the Jets allow an average of three goals against per game and score an average of 3.6 goals a game.

What You Need to Know About the Islanders

The Islanders are struggling so far this season. Currently, they’re positioned sixth in the Metropolitan Division with 10 points on the year. In their last game, they were able to defeat the Montreal Canadiens 6-2.
DailyFaceoff.com has @Ilya Sorokin starting for the Islanders, with @Semyon Varlamov backing him up. In five of the last six games, the Islanders have gone UNDER 5.5 goals, meaning no one should be betting the over regarding their total goals.
The Islanders average 30.63 shots a night, just one spot ahead of the Jets in 18th overall. Additionally, they’re also averaging 2.88 goals per game and allowing 2.50 goals against each contest.

What I’m Betting on Tonight?

Money Line: I’m taking the Jets as underdogs tonight at +115.
Prop Bet: Each team to score in every period. The Jets are +315 – so let’s go all in.
Easy Money: 2-3 goals +125
Can’t Miss Parlay: Seattle Kraken on the Money Line, Colorado Avalanche on the ML, Tampa Bay Lightning +200
Player Prop: @Kyle Connor scores and the Jets win +260
Risky Business: @Josh Morrissey +600
Now you know what I’m betting on. Good luck, happy betting and go Jets go!
PointsBet.com is where I do my betting action and you should too!
Uncategorized
Recent articles from Angus Hout