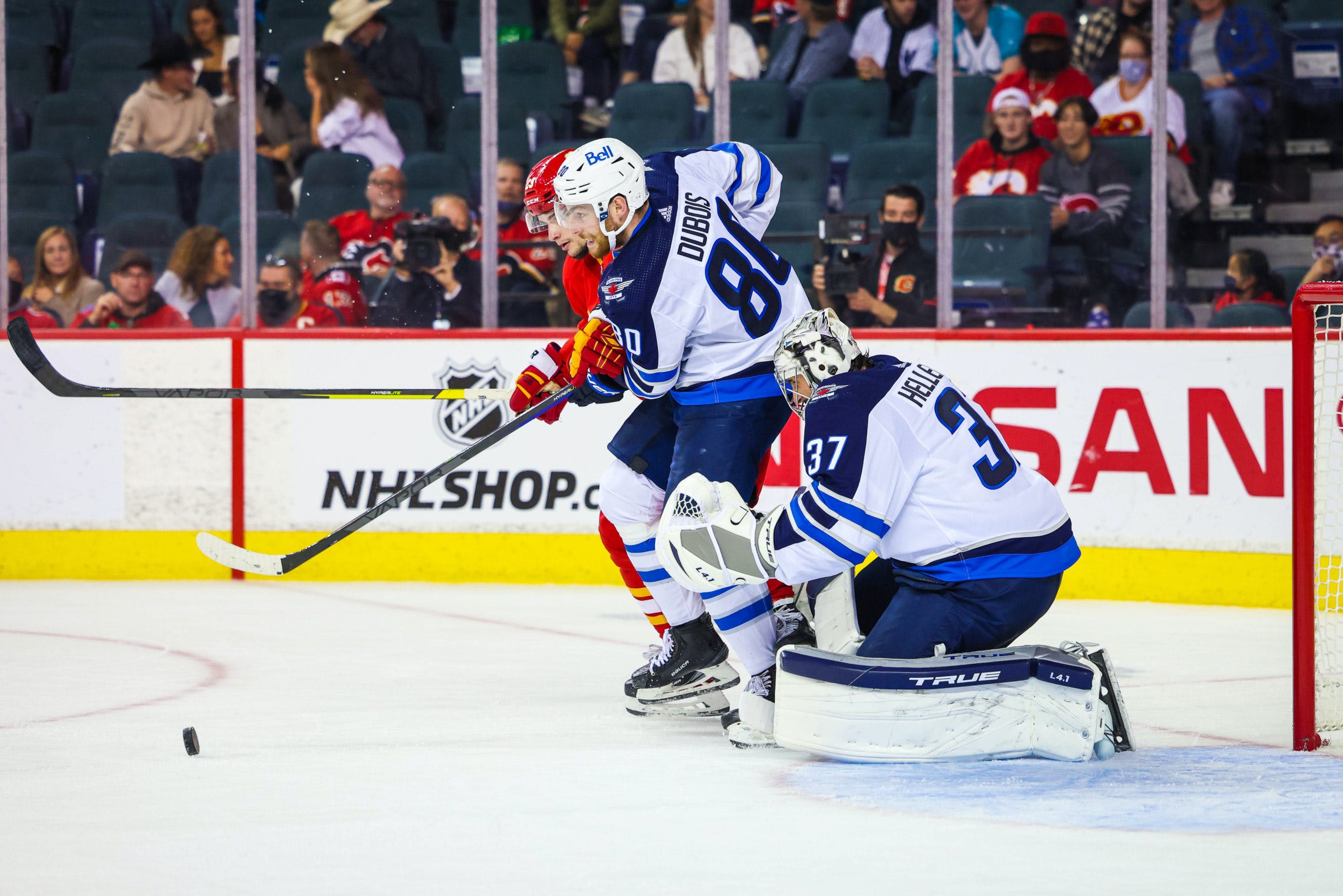 By Angus Hout
1 year ago
On Nov. 26, the Winnipeg Jets picked up their fifth straight loss in a 7-1 defeat to the Minnesota Wild. In the last eight periods, this team has scored just one goal. Yep, that’s it.
The Wild scored just 52 seconds into this matinee game and didn’t let up until the game ended. @Kirill Kaprizov finished with a club-high four points. It was an embracing game to watch as a Jets fan. But as a gambler, I hit on half my bets last game, woohoo!
Let’s see if I can replicate some of that magic during this Saturday night tilt between the Jets and Calgary Flames.

The Jets currently sit fourth in the Central Division with a 9-7-4 recond and 22 points. Away from home, this franchise has posted a brutal 2-5-3 record while on the road this season.
Goaltender @Connor Hellebuyck is making the start against the Flames. Hellebuyck’s results took a bit of dip after his rough performance in Minnesota, as he now owns a 2.75 goals-against average and a .915 save percentage through 15 contests.
@Kyle Connor leads the Jets in scoring, with 12 goals and 22 points. On the other hand, @Andrew Copp and @Nate Schmidt are tied for the team share in assists, with 11.
The Jets have been doing everything in their power to force shots on net in 2021-22, and are averaging 32.2 shots per game, which is ranked 14th in the league. As for shots against, they’re currently tied for 18th in that department, allowing 31.8 shots per game.

What You Need to Know About the Flames

The Flames are off to a pretty solid start thus far, opening with a 12-3-5 record while also winning each of their last four games. Looking at the standings, they’ll see themselves at the top of the Western Conference, holding a one-point lead over the Edmonton Oilers.
Calgary will be sending out goaltender @Jacob Markstrom, who features a 1.73 goals-against average and a .940 save percentage.
@Johnny Gaudreau leads the Flames in assists (14) and in points (23). As for goals, @Andrew Mangiapane leads them in that category with 15.
This season’s edition of the Flames are currently positioned in seventh in goals for per game (3.40) and are also first in goals against (1.91) among all 32 teams in the league.

I’m betting with PointsBet.com and so should you!
Regulation Win: I’m taking the Flames to win in regulation at -155.
Prop Bet: Flames win and the total number of goals surpasses 6.5 at +240.
Easy Money: @Pierre-Luc Dubois to register an assist at +200.
Risky Business: Mangiapane to score first for the Flames at +500.
Can’t Miss Parlay: Dallas Stars Moneyline, LA Kings ML and the Flames at +249.
Out of Town Risky Business: Oilers ML at +112.
Good luck and happy betting!
Uncategorized
Recent articles from Angus Hout