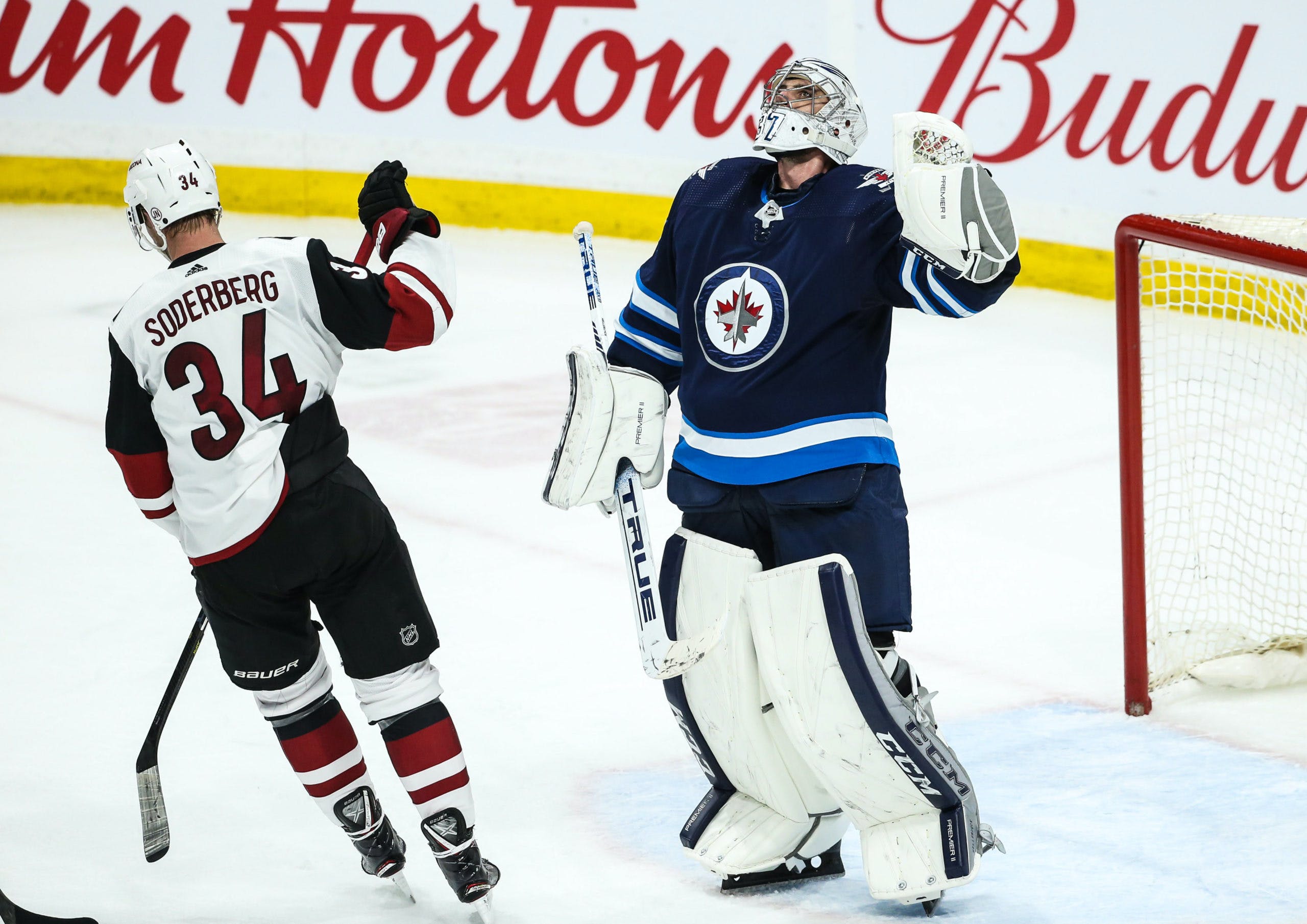 By Angus Hout
1 year ago
On Nov. 29, the Winnipeg Jets snapped their five-game losing streak thanks to an exciting 4-2 victory over the Calgary Flames. I’ll be honest, I was ready to shut the game off after that first goal that occurred less than 30 seconds into the game. But luckily, the Jets overcame a two-goal deficit and went on to win.
@Kyle Connor recaptured his scoring groove, registering two of Winnipeg’s four goals, including the game-winner. In goal, @Connor Hellebuyck put on a spectacular show against Calgary and proved once again why he’s one of the best goaltenders in the league, as he stopped 34 of his 36 shots against and earned his seventh victory of the season.
Personally, I endured a very mediocre showing in the betting realm, going 2-for-6 on the night regarding my bets. Let’s hope I can bounce back and enjoy a much better performance Monday.

The Jets are back in the top three of the Central Division after Saturday night’s win. Currently, they’re positioned third in the division with a 10-7-4 record and 24 points, placing them just one point back of the St. Louis Blues for second place.
Hellebuyck will receive the start between the pipes once again. Hellebuyck is 7-5-4 on the season, posting a 2.70 goals-against average, which is slightly higher than his all-time career mark of 2.63. Additionally, he also owns a .917 save percentage through 16 games in 2021-22.
Connor leads the Jets in scoring, with 14 goals and 24 points. On the other hand, @Andrew Copp and @Nate Schmidt both sit tied for the lead share in assists, with 11.
Even though the Jets’ power play has been dismal in November, for the season, their 18.6 per-cent conversion rate is tied for 15th in the league, according to NHL.com. As for the penalty kill, it remains a huge issue for this club, as its 68.3 per-cent success rate is currently ranked third-worst.

What You Need to Know About the Coyotes

The Coyotes are off to an awful start to this season, opening with a 4-15-2 record, placing them second-last in the NHL. That being said, they’ve taken their opponents beyond regulation in three of their last five games. So that’s at least something, right?
Arizona is expected to have @Karel Vejmelka starting in goal during this contest. The 145th overall draft pick from 2015 owns a 1-9-1 record, 3.06 goals-against average and a .905 save percentage this season. The Coyotes will be without @Conor Timmins, @Carter Hutton, @Nick Schmaltz, @Jay Beagle, @Dmitrij Jaskin, @Christian Fischer and @Johan Larrson on Monday.
@Clayton Keller leads the Coyotes in goals with five, and @Shanye Gostiebehere leads them in points (15) and assists (12).
The Coyotes’ power play currently sits 26th in the league, converting 13.5 per-cent of the time. They’re one of two teams that are ranked lower than the Jets on the penalty kill, registering just a 68.2 per-cent rate while shorthanded.

I’m betting with PointsBet.com and so should you!
Moneyline: Jets to win at -320.
Prop Bet: Jets to score every period at +160.
Easy Money: Connor to score any time at +104.
Risky Business: @Paul Stastny to score and the Jets win at +310.
Parlay: Buffalo Sabers Moneyline, Vancouver Canucks ML, Calgary Flames ML at +741.
Out of Town Risky Business: Sabres straight up at +200.
Good Luck and happy gambling!
Uncategorized
Recent articles from Angus Hout