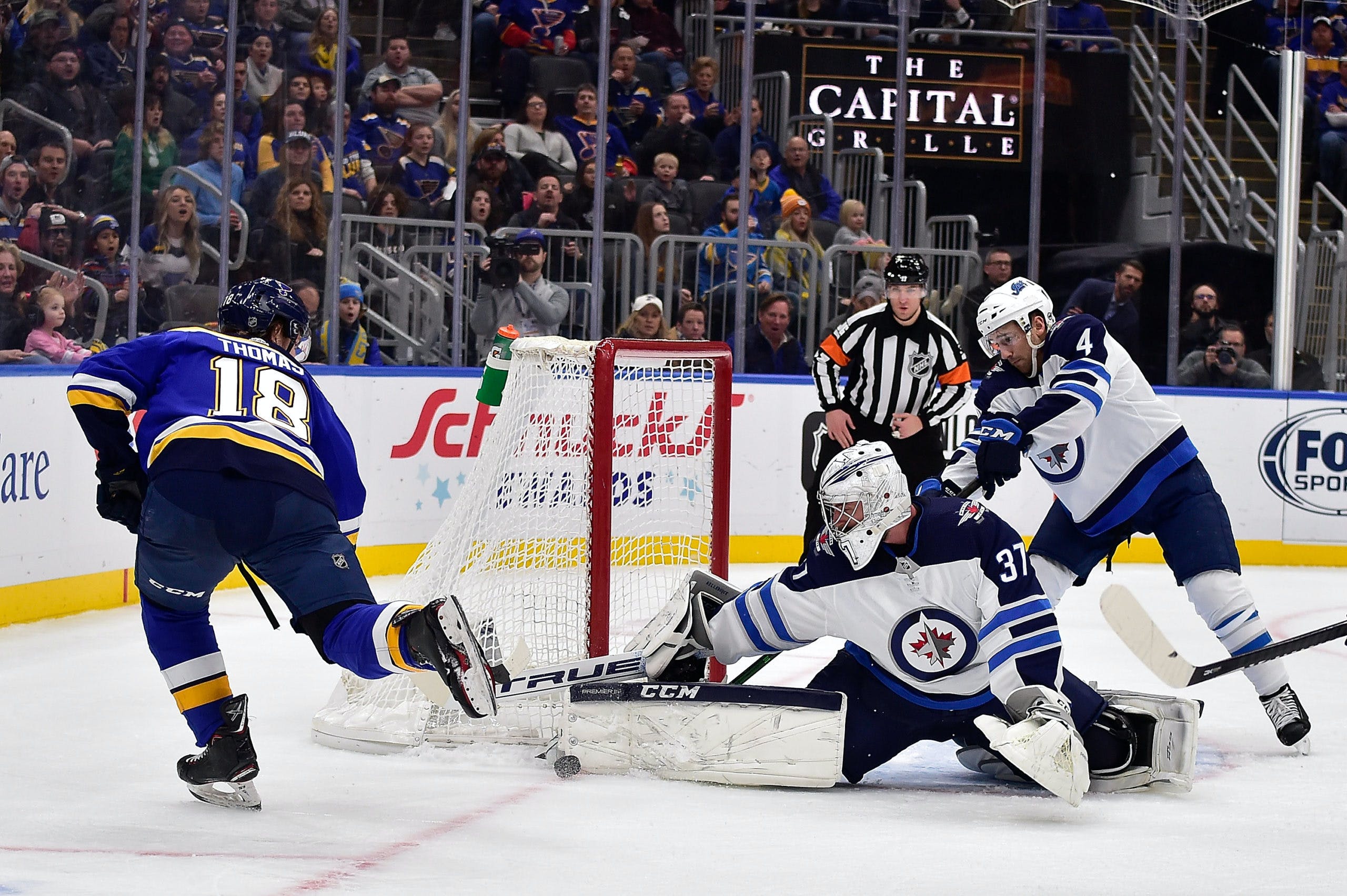 By Angus Hout
1 year ago
On Saturday night, both myself and the Winnipeg Jets endured a rough night. They were shut out 2-0 by the New York Islanders and I only hit on one out of my six bets. I know it’s not a strong start to my betting season.
But that was my first game of 2021-22, so let’s allow that one slide. I’ve got a good feeling about Tuesday night’s game, here’s what you need to know:

The Jets are coming off their first regulation defeat since Oct. 16, which also served as their first shutout loss of the season.
@Connor Hellebuyck is back and starting in goal. Coach Paul Maurice is reverting back to 12 forwards and six defencemen – a gameplan this team hasn’t utilized in nearly a month. @Kristian Vesalainen has been called up from the Manitoba Moose and will be playing on the fourth line with @Dominic Toninato and @Riley Nash.
Winnipeg’s power play has been strong in the early part of the season, currently producing the third-best conversion rate (37.5%) in the league, according to NHL.com. If St. Louis’ skaters end up in the penalty box frequently, look for plenty of scoring chances to fall the home team’s way in this showdown.

Most recently, the Blues lost their last game against the Anaheim Ducks 4-1. They currently sit second in the Central Division with a 7-2-1 record. Captain @Brayden Schenn, @Kyle Clifford, @Torey Krug, and @Oskar Sundqvist are all out of the line-up for this matchup. @Jordan Binnington will be the starter in net for this team.
On the season, St. Louis’ power play is one of the few that’s better than Winnipeg’s, as they currently sit second in the NHL with a 30.7 percent conversion rate. The Blues’ penalty kill is also very successful, killing 88.2 percent of the infractions they’re charged with.
Some fun stats about the Blues, they are currently 11th in the NHL in shots on goal, averaging 32.7 per game.  On the flip side, they’re 21st in the league regarding shots against, allowing an average of 32.5 per game.

I’m making all of my bets at PointsBet.com and so should you if you’re choosing to gamble.
Moneyline: The Jets are favourites at -125 and you know your boy will be throwing down on that
Player Prop Bet: @Pierre-Luc Dubois at over .5 assists is +210
Easy Money: @Kyle Connor at anytime goal +145
Can’t Miss Parlay: Florida Panthers Money Line, Calgary Flames ML and Edmonton Oilers ML – that’s in total  +306
Risky Business: @Mark Scheifele to score first +1200
Risky Business non-Jets game: Ottawa Senators money line +255
That’s what I’ve got for my bets! Good luck and happy gambling!
Uncategorized
Recent articles from Angus Hout