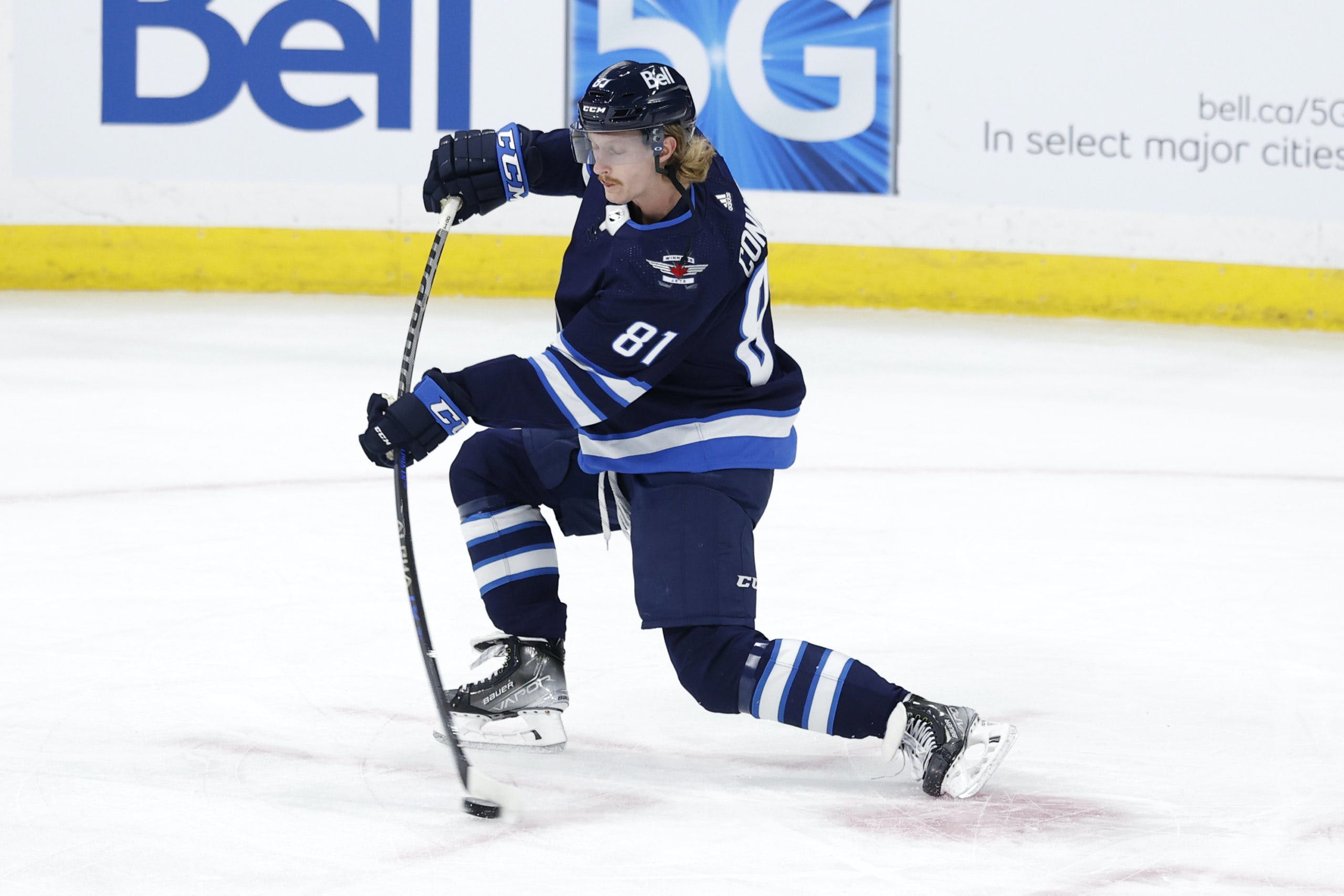 By Angus Hout
1 year ago
The Winnipeg Jets have earned nine out of a possible ten points over their last five games, which I would say is a pretty nice hot streak! The Jets are now looking to build on this recent success while enjoying this current seven-game homestand.
Though it’s early in the season, these next stretch of games could prove to be very meaningful in the standings. Starting with the Chicago Blackhawks, who’re ice cold and have only picked up one win in 2021-22, and it came earlier this week.
So let’s break down both teams and explore the betting odds ahead of this Friday night affair.

The Jets beat the Dallas Stars 4-3 in a shootout Tuesday, however, they barely got out of the third period alive. Winnipeg has only lost one of its last six games, which was a 3-2 defeat against the San Jose sharks in overtime.
If you’re looking for a risky bet, you should consider taking the over on shots since the Jets are averaging 32.9 shots against per game, which has them tied for 24th in the league. Currently, the Jets are without @Connor Hellebuyck, who’s considered day-to-day with sickness, making for a potentially high-scoring contest.

What You Need to Know About the Blackhawks

The Blackhawks are a tire fire. If you’re looking for a risky bet, they should be your team Friday. The Blackhawks are 1-8-2 on the season and are 31st in the NHL. Chicago lost their last game to the Carolina Hurricanes by a score of 4-3.
Over their last five away games, the Blackhawks are 0-5 and have been outscored 20-10. Right now, the Blackhawks are averaging 29.73 shots on net, which has them 25th in the NHL. Additionally, they’re also averaging 2.27 goals per game, positioning them 29th in the NHL.
Without @Caleb Jones and @Wyatt Kalynuk, things could become even dicer for Chicago on the backend. Making matters worse, both @Tyler Johnson and @Isaak Phillips are listed as questionable and might not suit up either.

What Should You Bet On?

As things currently stand, the Blackhawks are +1.5 as the underdogs and the Jets are -1.5 as the favourites on the money line. The standard over/under involving total goals is set at 6.5 goals, but thanks to PointsBet, you can choose between 14 different potential outcomes.
If you’re looking for some fun with players, consider taking the over of 0.5 points on @Kyle Connor and the 0.5 points over on @Nikolaj Ehlers, who both feature plenty of scoring potential against Chicago. When in doubt, it’s probably best to favour a higher offensive outcome when everything is said and done.
Happy gambling and good luck!
Stats and betting odds are from PointsBet.com.
Uncategorized
Recent articles from Angus Hout