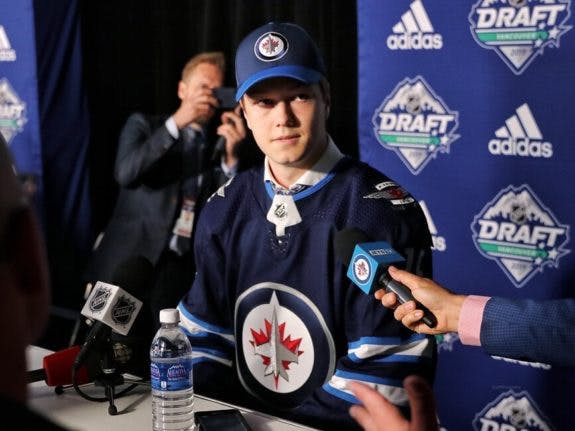 By Thomas Hall
1 year ago
Looking ahead to the future, the Winnipeg Jets announced Friday they’ve signed defenseman @Simon Lundmark, 20, to a three-year, entry-level deal.
Lundmark, who was originally selected by the Jets in the second round of the 2019 NHL Draft, will earn an average of $925,000 per season over the next three seasons.
The 6′ 2″ blueliner has spent the last four seasons with the Linköping HC of the SHL, producing two goals and 16 points over 118 combined games during that span.
With Lundmark now signed, he’ll likely compete for playing with the Manitoba Moose of the AHL when players begin reporting for training camp next season.
Jets News
Recent articles from Thomas Hall