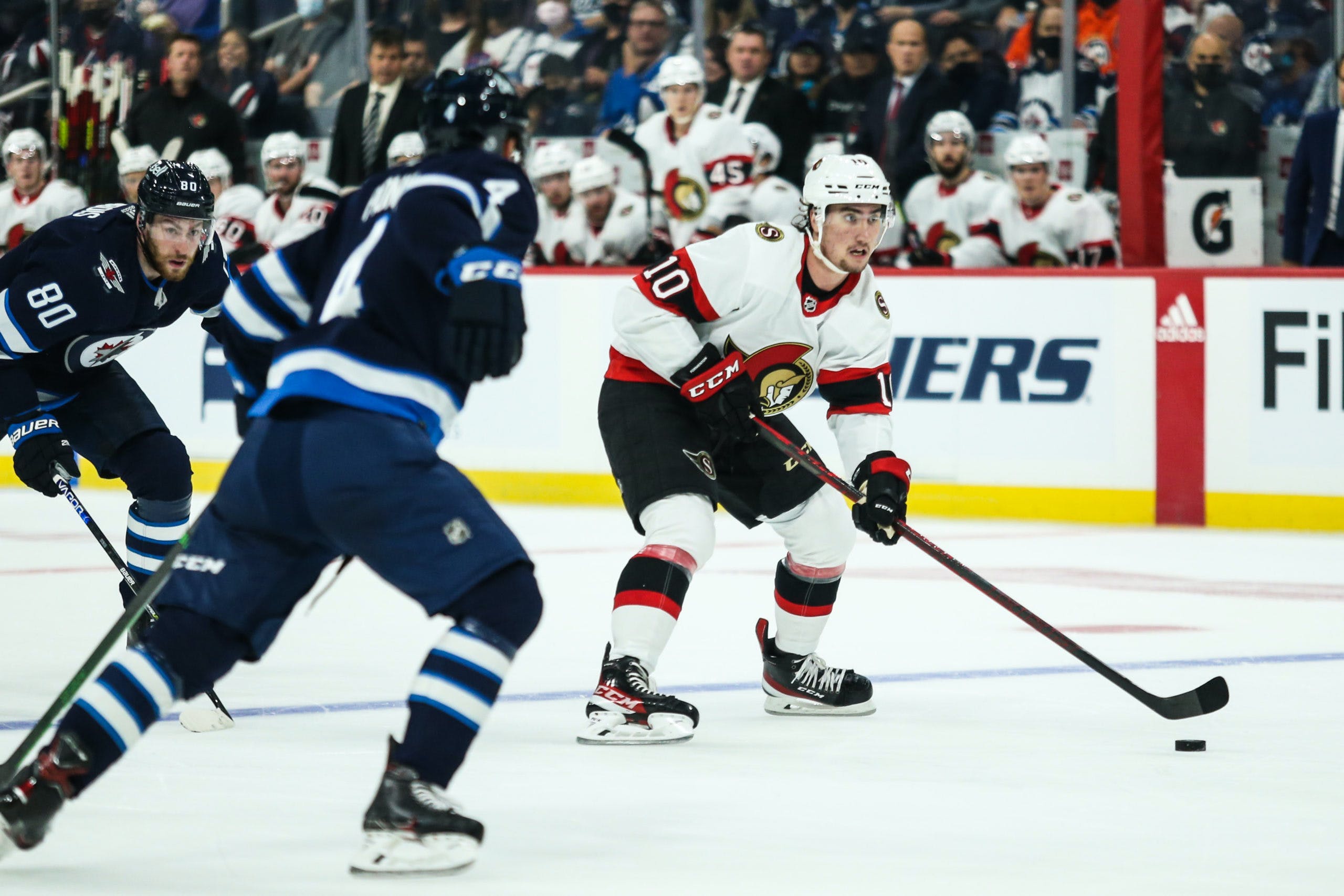 By Angus Hout
7 months ago
The Winnipeg Jets beat the Vegas Golden Knights 4-0 on Tuesday. Goaltender @Connor Hellebuyck picked up his 28th career shutout. Despite registering only seven shots on goal in the first 30 minutes, it was a nice surprise to secure that victory.
All-Star @Kyle Connor recorded his 40th assist of the season. Forward @Mason Appleton made his return to Winnipeg, and enjoyed a decent showing next to @Zach Sanford and @Paul Stastny.
Looking at my bets from Mar. 22, I only went 1-for-6 on the night. It’s not ideal, but the most important thing is the Jets pulled off another huge win. Let’s see what they have in store Thursday against the Ottawa Senators.

The 2021-22 season has been fun to watch, to say the least. In total, the Jets own a 30-24-10 record and 70 points, placing them just three points outside a playoff spot.
After another successful performance, Hellebuyck will be making his sixth straight start in this contest. Following his latest shutout, Hellebuyck’s numbers have improved significantly as he now features a 23-22-9 record, a 2.95 goals-against average and a .911 save percentage.
Connor is looking to become the second player to score 40 goals and 40 assists this season, joining Edmonton Oilers forward @Leon Draisaitl, who has 42 goals and 46 assists. In total, the Michigan native features 39 goals and 79 points thus far.
Winnipeg will be without Cole Perfetti (upper body) and Adam Lowry (COVID-19) – who could potentially return in the second half of this back-to-back series Friday – during Thursday’s contest.
The last time the Senators and Jets played against each other was on Jun. 8, 2021, when Ottawa won 4-2.

What You Need to Know About the Senators

This season, the Senators possess a goal differential of -45. Not to mention, they’ve also performed to a 22-36-5 record and 49 points. Currently, their club enters this matchup on a six-game losing streak, which has seen them earn just three points in March.
Last season’s taxi squad favourite, @Anton Forsberg, will be in the crease for the Senators on Thursday. Despite his poor 14-13-2 record, his results have been fairly decent in 2021-22, as he’s posted a 2.75 goals-against average and a .918 save percentage.
Ottawa will be without @Shane Pinto (upper body), @Drake Batherson (lower body), @Matt Murray (upper body) and @Michael Del Zotto (healthy scratch).
Forward @Brady Tkachuk leads the club in points (44), with @Josh Norris leading in goals (26) and @Thomas Chabot leading in assists (28).