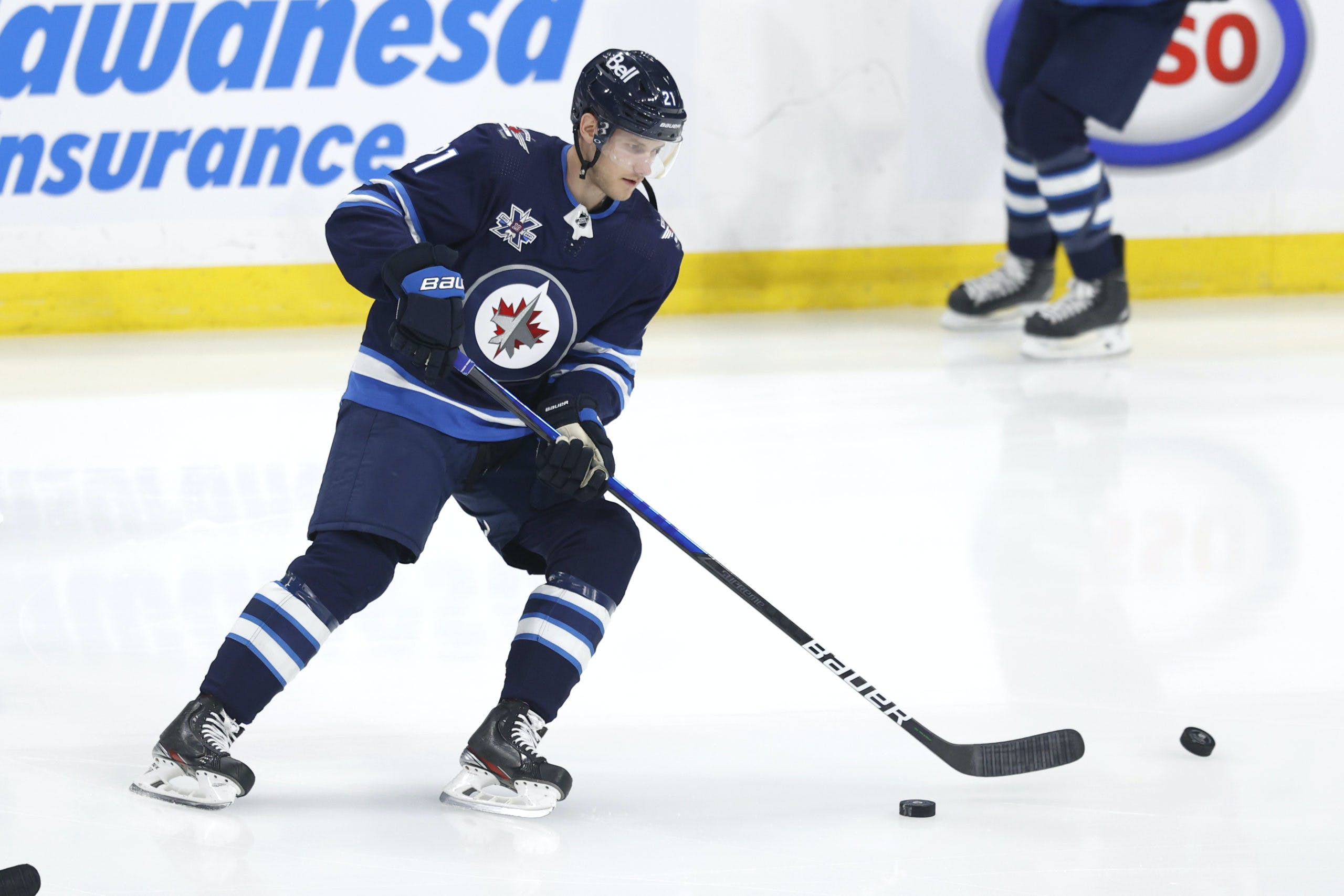 By Thomas Hall
1 year ago
Getting a jump on the upcoming off-season, the Winnipeg Jets have decided to re-sign forward @Dominic Toninato, who was slated to become an unrestricted free agent this summer, to a two-year contract.
Making the announcement Tuesday afternoon, the club revealed it had extended Toninato, 27, through the 2022-23 campaign, which will earn him $750,000 per season.
Despite only playing in two games during the regular season, where he scored one assist and averaged 12:40 minutes per contest, Toninato took full advantage of the injuries to @Pierre-Luc Dubois and @Nikolaj Ehlers during the playoffs. As a result, he participated in three postseason games and scored the game-winning goal in Game One of the series against the Edmonton Oilers.
Thanks to this contract extension, the former fifth-round pick should receive an opportunity to build off his playoff success when training camp opens this fall, which could potentially earn him significantly more playing time with the Jets next season.
Winnipeg is scheduled to select 17th overall in the 2021 NHL Draft.
Jets News
Recent articles from Thomas Hall