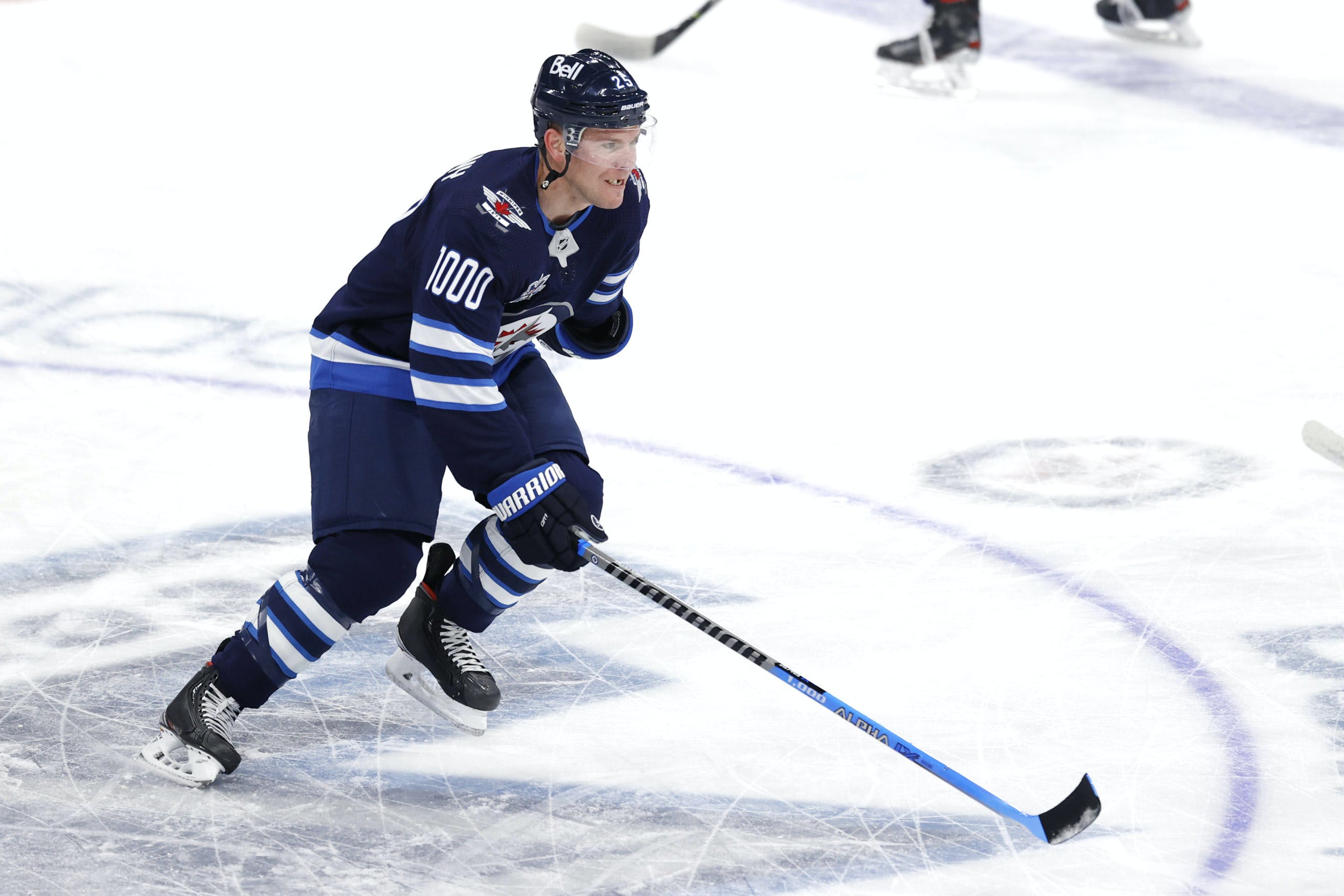 By Angus Hout
1 year ago
The second-oldest skater on the Winnipeg Jets this past season was @Paul Stastny. He was traded to the Jets last off-season for @Carl Dahlstrom and a conditional fourth-round pick. He was a great pickup for this and the top-six forwards, but Stastny endured the worst statistical performance of his career. This is a weird one to write, Stastny was a great player for the Jets but also had one of his worst years as an individual.
So let’s explore what went right and wrong for Stastny this past season and what the 2021-22 season could bring for the 14-year NHL veteran.

Stastny made the Jets a much better team with his arrival, effectively taking @Bryan Little’s spot on the second line, especially since he probably isn’t going to play another game of hockey again.
The old boy played all 56 games this past season. I think all the time he had to relax and train during the unusual off-season probably did wonders for him. He scored 13 goals and 29 points altogether and 11 of those goals came during even-strength play.
Even at 35-years-old, Stastny didn’t look that old out on the ice as he kept up with @Pierre-Luc Dubois and @Nikolaj Ehlers. Stastny probably wasn’t skating his fastest out there, but he knew how to find his spot on the ice to help set up Ehlers and Dubois. In fact, his hockey IQ probably isn’t talked about enough but it’s so high. The remarkable thing about him and @Blake Wheeler is they’re veteran athletes and are still playing at a very high level.
In addition to his scoring results, Stastny also produced the best faceoff percentage (54.7%) among all players who took 100 or more faceoffs this past season, according to HockeyReference.com.
The fact that Stastny played all 56 games in 2021 helped him hit the milestone of 1,000 NHL career games. He played all but two playoff games, those being Games One and Two against the Montreal Canadiens. I still think he was a key reason the Jets took the Canadiens to overtime in that final game of the series. His leadership shows up even though he doesn’t wear an “A” or a “C” on his chest.

This is a weird one to write, Stastny finished with the sixth-most goals and the seventh-most points on the team, but personally, he enjoyed a middle-of-the-road year. Looking back to his second season in the league (2007-08), Stastny was just over a point per game player (1.08) and this past year was his worst statistical performance, as he only averaged 0.52 points per game. I don’t even think Stastny had a poor season, his age has just simply caught up to him.
My real big issue with Stastny was his penalty minutes. He was fourth on the Jets in penalty minutes with 32, sitting behind only Wheeler, Dubois and @Derek Forbort. When a player is taking more penalty minutes, it’s usually a clear sign his speed is starting to fade. For the first time in his career, Stastny recorded more penalty minutes than he scored points – that’s not good…
And a little bit of bad luck happened when Stastny lost his tooth this past season after taking a high stick from Toronto Maple Leafs defenseman, @T.J. Brodie, back on Mar. 31.

What to Expect From Stastny Next Season

The first thing that needs to be done is locating his next contract. Ideally, Stastny signs a cheap deal for around league minimum, allowing the Jets to add a quality defender with those savings.
That being said, he could potentially get paid what he deserves on the open market, which I believe to be a two-year deal worth about $2.25 million per season. But, Stastny has said he likes Winnipeg and wants to raise his kids here.
Wherever Stastny ends up I expect him to have a similar offensive performance in 2021-22. On the right team, he could be the third-line center and improve his faceoff percentage. I also expect Stastny’s penalties to slightly improve because that’s the type of pattern he’s witnessed throughout the majority of his 15-year career.
If Stastny can play 70 or more games, I expect him to hit at least 37 points, 16 of which should be goals.
Let me know what you thought of Stastny’s 2021 season and what do you think his next contract will be?
Uncategorized
Recent articles from Angus Hout