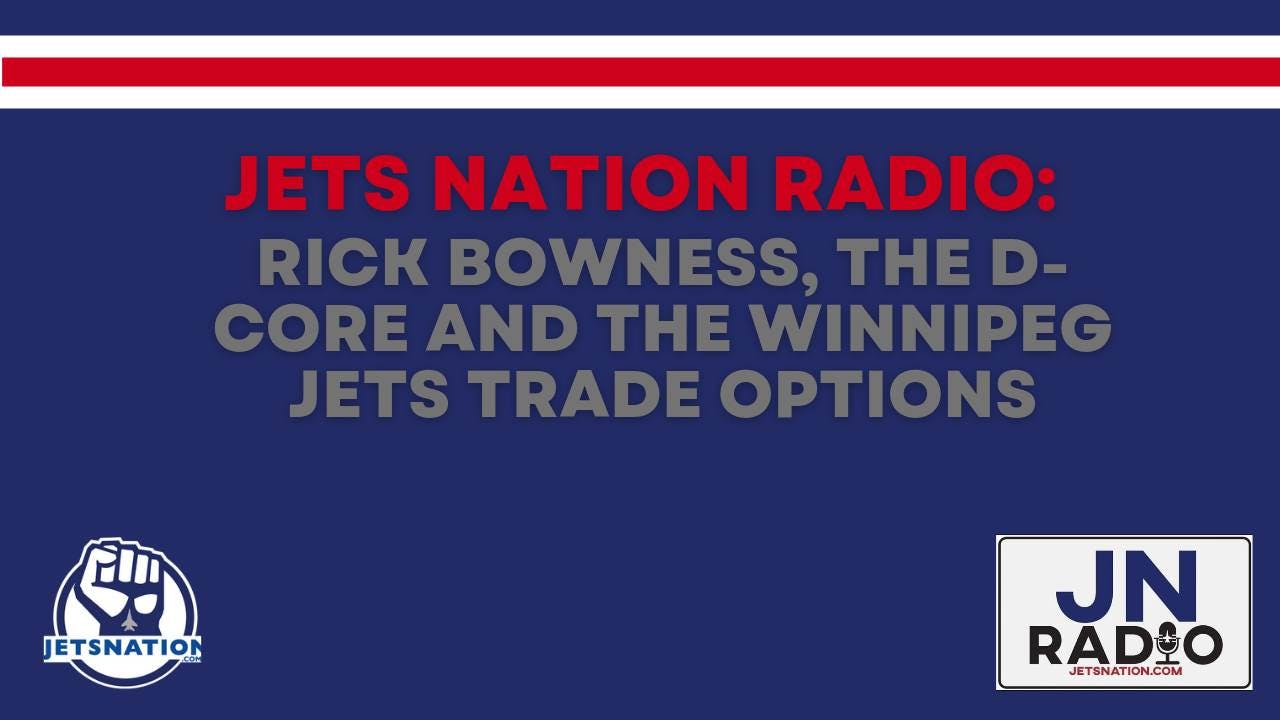 By Angus Hout
17 days ago
Welcome to Jets Nation brought to you by NHL bets site Betway! It’s Sunday which means it’s time for Jets Nation Radio with the always-dashing Sam Brownell and Angus Hout. The boys hop right into discussing the Winnipeg Jets’ 7-4 victory over the Vancouver Canucks. Angus asks about the Jets’ identity. Angus talks about the fact all the lines look very similar. For a brief moment, the Jets were in first in the Central division.
Sam Points out that Rick Bowness could be the bench boss for the Central at the NHL All-Star game. The guys look at the long term and talk about who the Jets could play in the playoffs. 6:40 Angus and Sam look at the week ahead for the Jets which ties in nicely and the guys talk about David Rittich’s poor performance and what his future is in the NHL.
Angus brings up Pierre-Luc Dubois’s next contract and how it will affect the Jets’ future. This leads to some talks about who the Jets should try to move. Angus talks about the defence and how it looked so good under Bowness. Josh Morrissey + Dylan DeMelo is an amazing pairing but why don’t we see them more and who is responsible for it? Don’t forget the Jets protected Logan Stanley over DeMelo.

We get to the big dumb debate of should the Jets trade for a top-six forward or a top-four defender. Sam likes some San Jose Sharks that could come to the Jets. Angus looks at a Duck to trade for. Does Johnathan Toews fit with the Jets? Angus asks for a defensive defender and Sam points to the fact the Jets need to score more goals. Angus asks would you rather. WJC, an All-Star weekend or the Draft. Are NHL buildings too quiet? Angus talks about Canadian markets with quiet buildings and Connor Bedard. Sam talks about the WJC and whether or not Bedard has a real record.
The boys tee up for the All-Star weekend and which other Jets could go to the All-Star weekend. Sam tells us why Dubois should be one of the players too. The guys pick some low-hanging fruit of the NHL sending one player from each team. Angus and Sam mourn the departure of Mikey Eyssimont. Angus explores the bottom six.
Is Rick Bowness one of the greatest coaches of the NHL or is he one of the all-time worst? If you want to know, we trust in Bones. Angus does a quick round of Bowness Trivia. The podcast almost ends but Sam keeps it going and they talk about the injured players that came back to the Jets.
Shows
Recent articles from Angus Hout