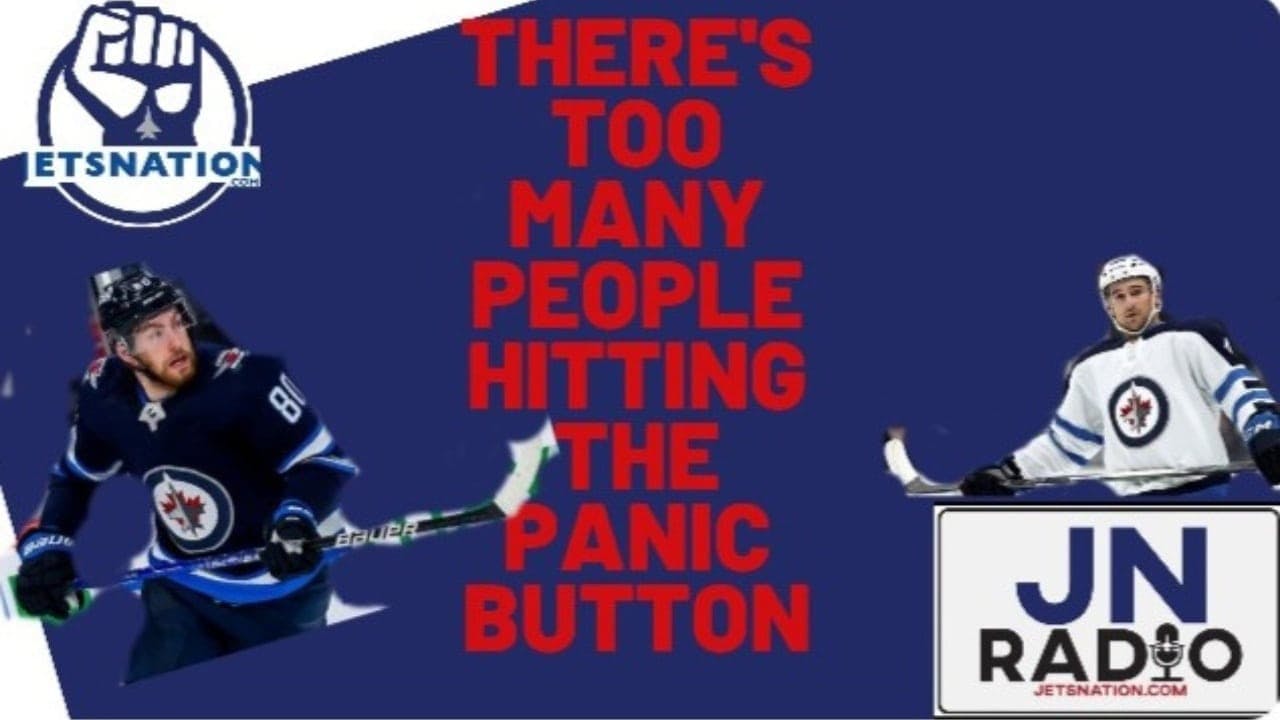 By Angus Hout
1 month ago
We hit the ground running with this week’s episode of Jets Nation Radio! We start this episode complaining about the reffing in the NHL and more specifically the reffing in the Toronto Maple Leafs and Winnipeg Jets game. Sam and Angus give the Jets a ton of excuses on why they only have a 2-3 record. Angus defends David Rittich for his 5-2 loss to the Vegas Golden Knights. The boys can’t blame the Jets for the start they have had. Angus and Sam rip on closeted Leafs fans. Angus and Sam reminisce about going into an away barn and having your team win. Sam talks about the big loss of Nikolaj Ehlers and what the Jets record might look like by the time he returns. This leads to Angus complaining about the schedule makers because there are two Vegas games in October. Sam gives us a dauphin weather update. Angus pumps up the tires of Neal Pionk and Sam makes a bold prediction about how many goals Pionk scores. Angus is in love with Connor Hellebuyck and thinks the goaltender is back in his ways. Angus and Sam talk about the new reverse retro. Sam is a big fan of them Angus isn’t but a loyal listener and has a good suggestion on what the Jets should do with their next jersey. Angus is sad he is putting himself through hell with his post-game Instagram sardine casts and is looking to find a sponsor. Sam reminds us about Angus’ tweet about the Jets being better than the Florida Panthers. The boys discuss what has been disappointing for them early this season which leads to talks about why the Jets were foolish for letting Johnathan Kovacevic go for nothing. There’s some investigating and we find out it was a very dumb decision. Sam thinks Pierre-Luc Dubois is the Jets rat and the fact the Jets are always looking after each other. Sam is so high on the second line and he makes another bold prediction about the second line and Blake Wheeler. The guys look at Ehlers total time missed in the last few seasons. To finish the episode up the boys look at the week ahead and how the Jets record should look.
Editorials
Jets News
Uncategorized
Recent articles from Angus Hout