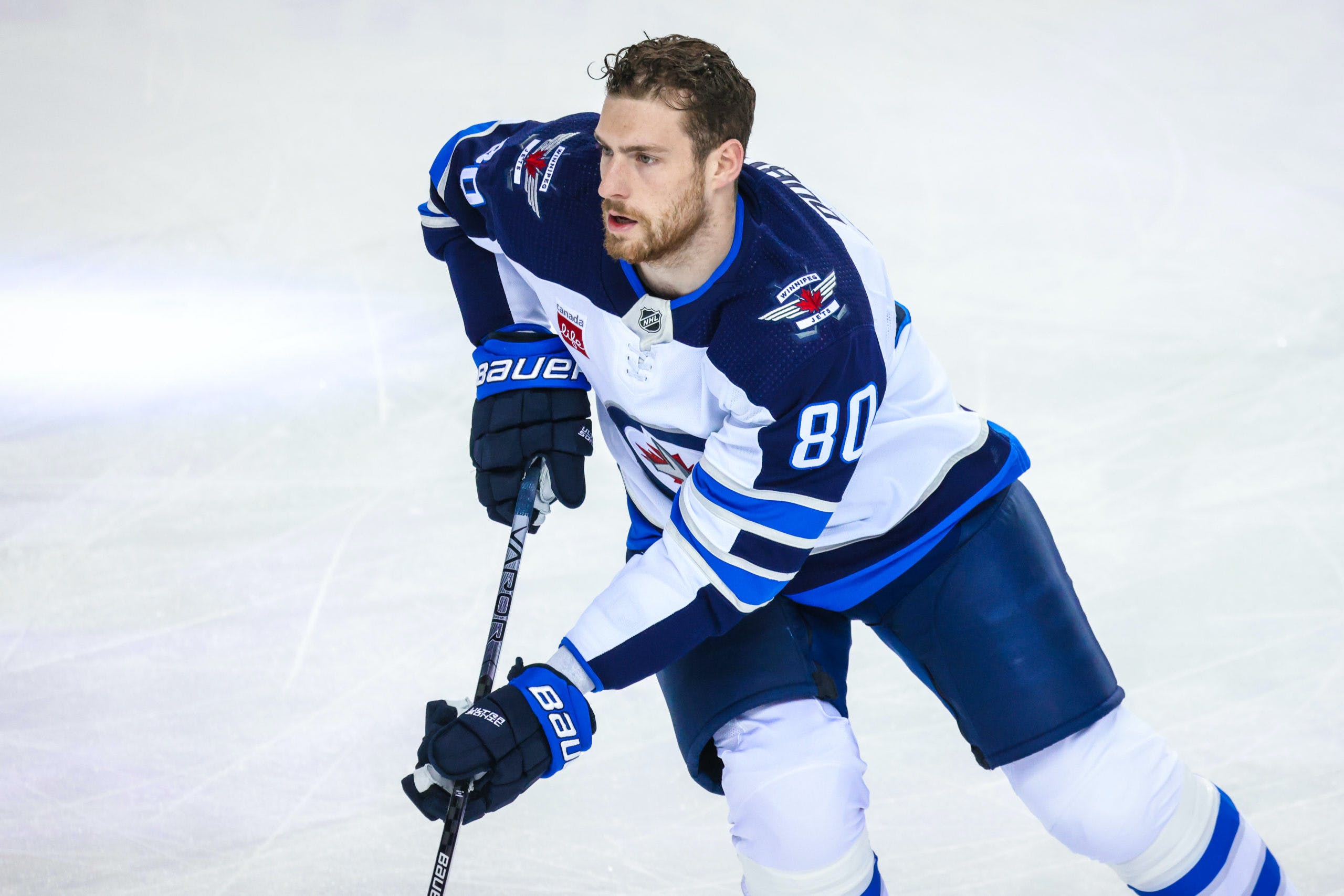 By Angus Hout
1 month ago
Welcome to Jets Nation brought to you by NHL bets site Betway! As Jets Nation continues to grow many more of you are asking me questions. Instead of just answering them for just one person I figured I would share my thoughts and answers with all of you.  I guess I’m starting to do a mailbag sort of article that both Oilers and Flames Nation do regularly. Feel free to send us your questions and I’ll do my best to answer your questions about the Jets on a semi-regular basis.

This first one came from @DreammakerCDN on Twitter. He asked is this the season the Jets win the Cup?

Right now in early December it sure looks like the Jets are set to make the playoffs. The team is currently fourth in the NHL, and first in the Western Conference when it comes to winning percentage. moneypuck.com has predicted the Jets have an 8.1 percent of bringing Lord Stanley’s mug north of the border. That 8.1 percent is tied for second in the NHL with the Boston Bruins.
I don’t think we can make any calls yet if the Jets can win it all this season just yet. One of the biggest reasons why is the Jets haven’t proven to us that they can play with the elite teams in the NHL. The Vegas Golden Knights who have more points than the Jets with three extra games played have made the Jets look like a bunch of rookies in their two games against the Jets.
I can say the same thing with the Toronto Maple Leafs and their one-game played against the Jets. If the Jets want to be Cup contenders and they want other people to know it they need to beat down the teams ahead of them. Can the Jets do that? I firmly believe they can. We will just need to see how they play against the Bruins the New Jersey Devils and the Maple Leafs.
When the Jets are revving to go they are one of the best teams on the ice, they are fourth in goals for average (3.36) and have one of the lowest shot averages (30.6) o out of the teams buying for a playoff spot.
Is this the Jets’ year? If the Boston Bruins fall before the final playoff round and the Jets are there I’d say yeah there’s a pretty good chance they win it all and it’s because of one player who has put this team on his back Connor Hellebuyck.

Can Hellebuyck win Hart and Vezina

I can’t remember who asked this question. If it was you send me a message. Connor Hellebuyck has been an elite goaltender for the Jets since he joined the team in 2016-17. Last season was still good but he wasn’t playing to the best of his abilities and a very vocal minority of fans wanted him out. Yet one summer of doing whatever he did, Hellebuyck hasn’t just returned to form, he has found a new level of excellence. So much so that I think we can skip over “Vezinabuyck” and start  calling him HelleGOAT.

There’s been four goalies to win both Hart and Vezina trophies in the same year and the last one to do it was Montreal Canadien’s goalie Carey Price in 2015. Jacques Plante, Jose Theodore and Dominik Hasek were the three other goal tenders to it. Price would go 44-16-6 and own a  .933 save percentage and 1.96 goals-against average in 2014-15. Hellebuyck so far this season has a record of 14-5-1 and has produced a .932 save percentage and a 2.24 goals-against average. Hellebuyck’s numbers are a little lower than Price’s but Hellebuyck still brings the Jets win after win.
Hellebuyck has been the backbone of the Jets since he took the starting job in the net. A lesser goaltender would have the Jets fighting for the final wildcard spot. If you look at the standings the Jets are one of the best teams and Hellebuyck bails his team out multiple times a night and is the reason the Jets are as good as they are. If you’re a gambler I would put a few dollars down to have Hellebuyck win the Hart and Vezina trophies this season. He’s been the most consistent goalie this season and has to be the MVP for the most underrated team.

How much will PLD earn next season? From Zach

My buddy Zach asked me last night how much will Pierre-Luc Dubois next season. Dubois would sign a one-year deal over the summer and will require a new contract at the end of the season. Some people still think he is going straight to Montreal once he is an Unrestricted Free Agent in the summer of 2024. I don’t think he is going to be a U.F.A. in summer 2024 I think he will be starting a six-year contract worth 9.5 million dollars a season.
My best bet is he will sign that new deal on his 25th birthday, June 24, 2023. Right now we are watching prime Pierre-Luc Dubois. He has picked up at least a point in the last seven games and is currently tied with Josh Morrissey in the points race for the Jets with 28 points each. Dubois’ Physical game is one of his most important traits he leads the top six forwards in hits with 29 and would lead the NHL in drawn penalties last season with 50.
Dubois is a power forward a dying bread within the NHL. If Dubois can hit 85 points this season and is in the top three of scoring for the Jets come playoff time and the Jets make a deep playoff run he’s going increase his paycheck by a large percentage. Dubois taking a year to bet on himself to earn more money was a brilliant move considering the cap is going to go up by four million next season he might as well get some of that money.
Editorials
Recent articles from Angus Hout