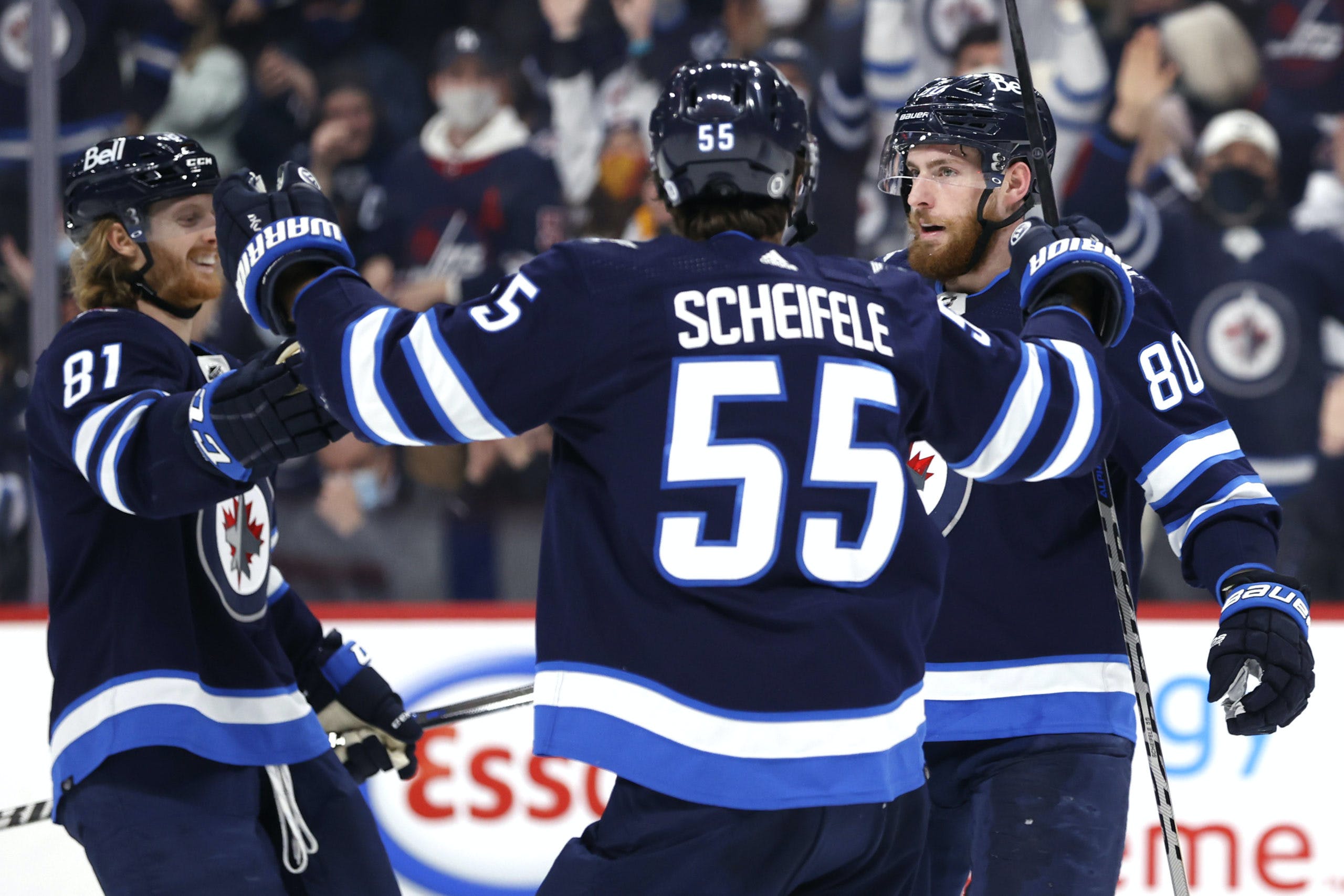 By Angus Hout
11 months ago
On Dec. 7, the Winnipeg Jets returned to the loss column after suffering a 4-2 defeat at the hands of the Carolina Hurricanes. It was a rough one to lose, especially with the second Hurricanes’ goal nearly being called back due to goaltender interference and @Ian Cole going kneeing @Mark Scheifele.
On my last day of betting, I enjoyed my best performance of the season, going 5-for-6 on the night. Let’s see if I can keep the good times rolling.

The Jets are once again just outside of the playoff picture; they currently own 28 points and a 12-9-4 record. The St. Louis Blues are holding onto the last official playoff spot in the Central Division.
@Connor Hellebuyck will receive the start for Winnipeg Thursday night. Over the last five games, Hellebuyck has allowed 14 goals on 157 shots against, earning him a .891 save percentage and 2.80 goals-against average.
Defenceman @Neal Pionk isn’t available for this contest, as he concludes his two-game suspension and recovers from his concussion.
Birthday boy, @Kyle Connor leads the Jets in both goals (15) and points (27). @Nate Schmidt and Pionk are tied for the team share with 14 assists each.
In the 2021-22 season, the Jets are averaging 3.0 goals for per game, which is placed 15th in the National Hockey League. On the other hand, this team is allowing 2.80 goals against per game, which is ranked 19th in the NHL. In total, they’ve scored 75 goals and have allowed 70.

What You Need to Know About the Kraken

The Seattle Kraken were beaten by the Pittsburgh Penguins on Dec. 6 by a score of 6-1. In their inaugural season, the Kraken are currently positioned eighth in the Pacific Division with a 9-14-2 record.
The Kraken will have @Philipp Grubauer manning the starter’s crease. Grubauer owns a 7-10-2 record, 3.17 goals-against average and a .886 save percentage. Seattle will be without @Chris Driedger, @Calle Jarnkrok, @Colin Blackwell and @Mark Giordano.
@Jaden Schwartz leads the newest NHL franchise in points (18) and assists (13). @Jordan Eberle leads the team with 12 goals.
Seattle is 17th in the NHL in goals for, averaging 2.92 per game. In addition, they’re one of the worst teams in goals against, allowing 3.56 per game. As a whole, the Kraken have allowed 89 goals and have scored 73.