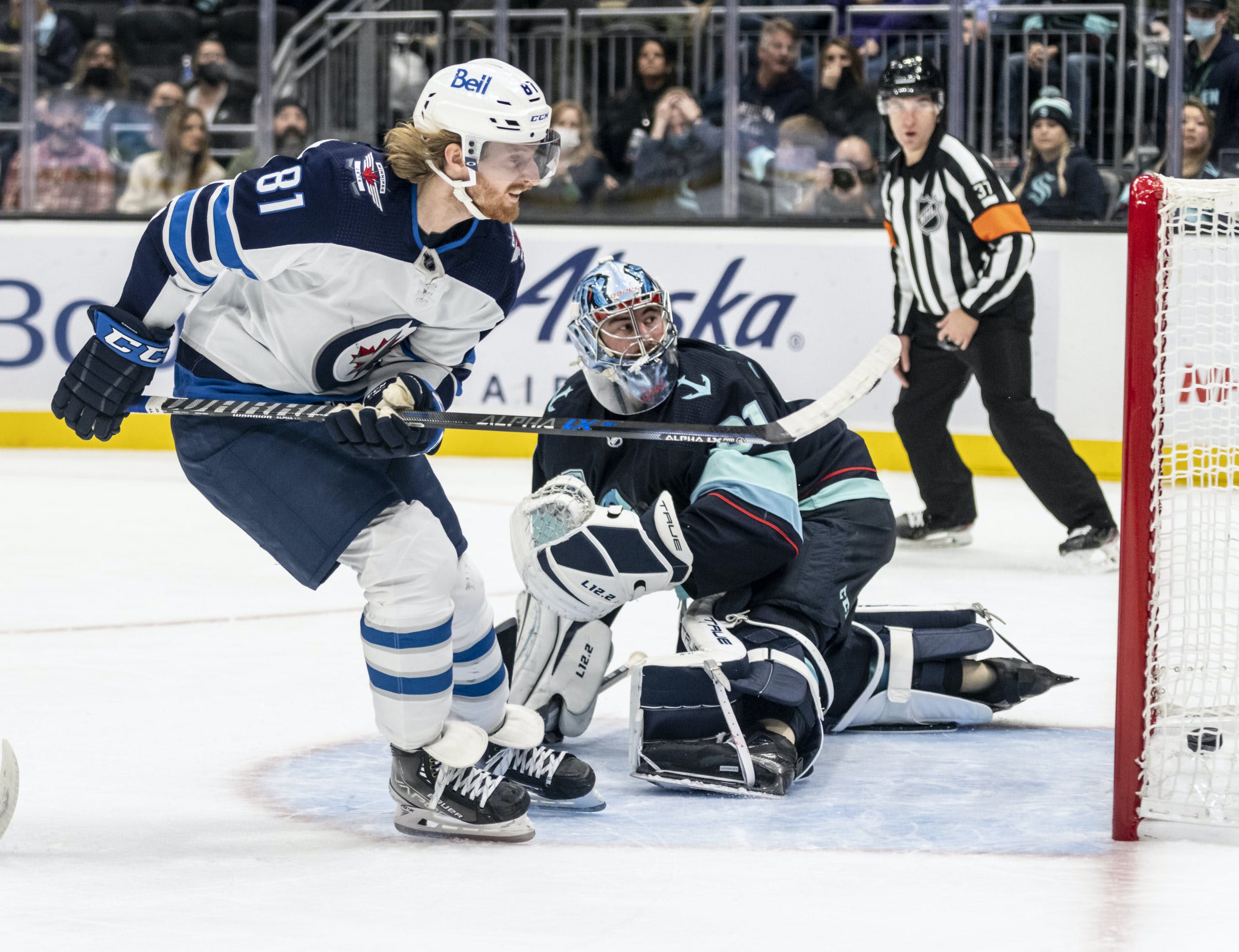 By Angus Hout
7 months ago
On Friday, the Winnipeg Jets defeated the Calgary Flames in a 3-1 victory. Goaltender @Connor Hellebuyck looked solid after sitting out against the Philadelphia Flyers. To top things off, captain @Blake Wheeler scored on a beautiful one-timer for his 16th goal of the season.
Obviously, the hockey gods don’t want @Kyle Connor to score 50 goals this season. He was unable to pick up a single point against the Flames. While not impossible, Connor will have to pray for a miracle to score four goals in the final game of the regular season.
Last time out, I went 2-for-6 on the night regarding my bets. Let’s see if the final game of the season is where I hit on every one of my bets. But probably not.

As the sun sets on the season, the Jets enter this contest with a 38-31-11 record and 87 points. The team will finish 19th overall in the NHL. Thanks for the mediocre season, Winnipeg.
Winnipeg hasn’t announced its starter in goal, however, back-up @Eric Comrie could receive the nod. If true, Comrie will make his fourth start in six games. Over his last five starts, the 6’4″ goaltender has allowed 14 goals and secured his first career NHL shutout in his most recent outing.
The Jets are expected to send out the same lines as Friday’s contest, so they’ll be without @Cole Perfetti (upper body) and @Mark Scheifele (upper body). Both @Logan Stanley and @Adam Brooks are expected to be healthy scratched once again, as well.
Connor will finish the season as the club’s scoring leader, with 46 goals and 92 points. Also, he’s posted 11 goals on special teams, with eight on the power play and three while short-handed.
The Jets have beat the Seattle Kraken in both of their meetings this season. Last game, Winnipeg earned a 5-3 outcome.

What You Need to Know About the Kraken

The Kraken’s inaugural season hasn’t been great; they currently feature a 27-48-6 record with 60 points. A win over the Jets or an overtime loss will have the Kraken finish 29th in the NHL, a regulation loss will have them finishing 30th.
Goaltender @Philipp Grubauer is slated to start this final game of the season. This season, he’s posted an 18-31-5 record, a 3.16 goals-against and a .889 save percentage. In his last five starts, Gruabauer is 3-2-0 and has allowed 18 goals.
Seattle will be without injured players @Jaden Schwartz (undisclosed), @Vince Dunn (upper body) and @Haydn Fleury (upper body).
Forward @Jared McCann leads the Kraken in goals (27) and points(49), whereas Dunn leads the team in assists (27).

I’m betting with PointsBet and so should you! Check out their app, as well, it’s really handy.
Money Line: Jets win at -186.
Over/Under: Under 5.5 total goals scored at +145.
Period Bet: Jets win the first period at -171.
First To Score: Jets score first at -150.
Stanley Cup Winner: Florida Panthers at +500.
Good luck and happy betting! Thanks for reading these betting articles throughout this season. They’ll get bigger and better in 2022-23.