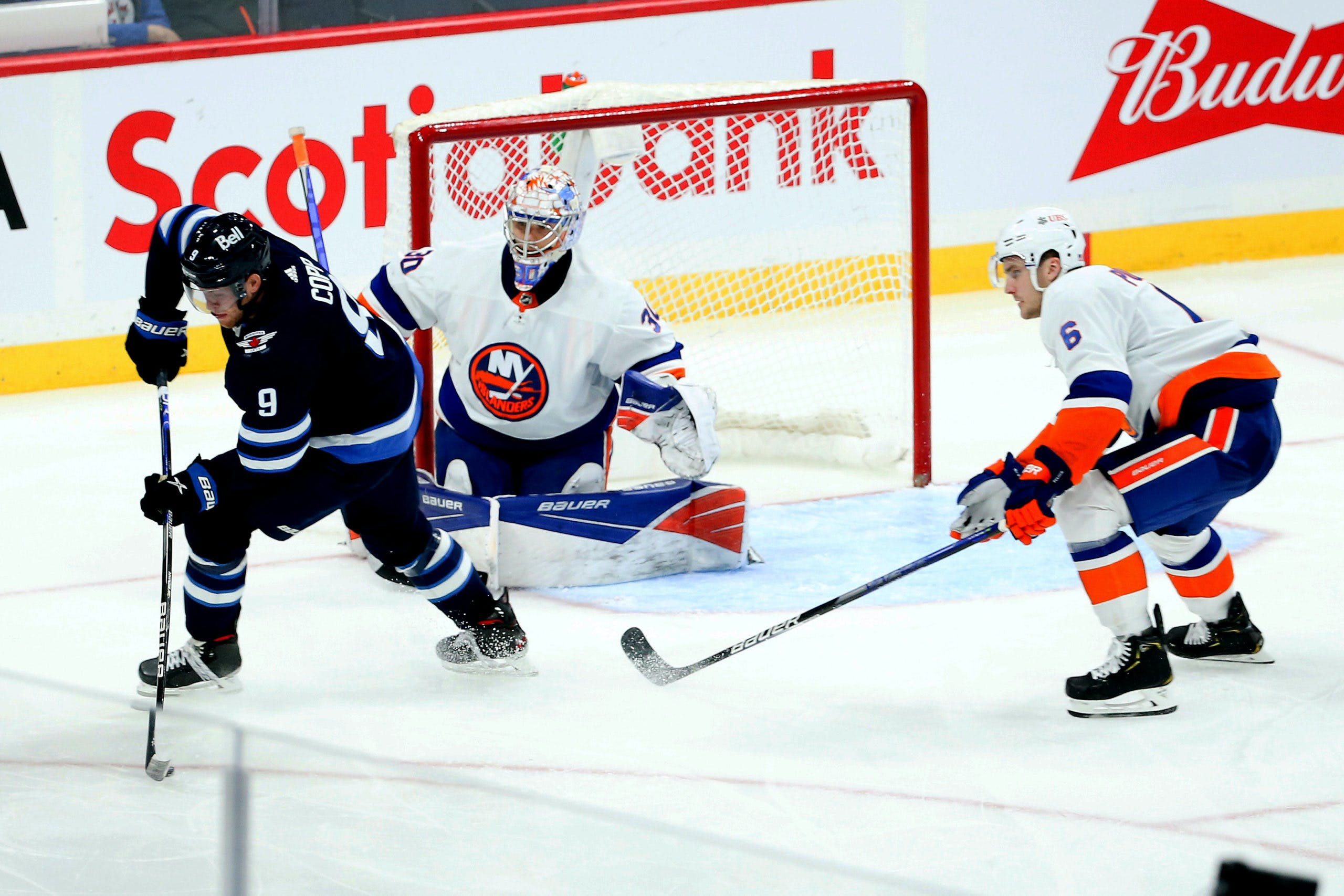 By Angus Hout
8 months ago
The Winnipeg Jets have picked up consecutive wins, though their latest victory against the New Jersey Devils wasn’t pretty – a win is still a win.  We do need to give goaltender @Eric Comrie some love for his incredible performance, as he led his team by stopping 33 of 34 shots against.
@Kyle Connor picked up another game-winning goal, once again, it was a highlight-reel score. He’s now done that in each of the last two games.
On the betting side of things, it was another disappointing night as I went just 1-for-6. Needless to say, I have a lot of rust to kick off. Let’s hope things start to turn around during this Friday night clash against the New York Islanders.

The Jets are keeping their playoff hopes alive. As of right now, they’re only five points back of the final wild-card spot, courtesy of their 26-22-10 record and 62 points.
Starter @Connor Hellebuyck will get the start Friday after taking the night off Thursday. This season, he’s rolling with a 19-20-9 record, a 2.97 goals-against average and a .908 save percentage. Unfortunately,  Hellebuyck features a miserable .860 save percentage across his previous five starts.
Winnipeg’s line-up will look the same as it did on Mar. 10, meaning this club will be without @Cole Perfetti (upper-body), @Dylan Samberg (upper-body), @Nathan Beaulieu (lower-body), @Adam Brooks (healthy scratch) and @Ville Heinola (emergency call-up) against the Islanders.
The last time we watched these two teams play against each other was on Nov. 6, 2021, when the Islanders won 2-0.

What You Need to Know About the Islanders

The Islanders are much like the Jets as they were supposed to be a playoff contender this year, unfortunately, they’re on the outside looking in. In a very tough Eastern Conference, this opponent enters this contest with a 22-24-8 record and 52 points. In their last 10 games, they’ve gone 4-4-2.
Manitoba native @Ryan Pulock and the Islanders are currently positioned sixth in the Metropolitan Division, signalling they likely won’t make the playoffs this season.
Veteran goaltender @Semyon Varlamov gets the start Friday for the Islanders. This season, he possesses a forgettable 3-12-1 record, a 2.90 goals-against average and a .911 save percentage.
New York will be without star forward @Mathew Barzal (lower-body), @Kieffer Bellows (healthy scratch), @Ross Johnson(healthy scratch) and @Sebastian Aho (healthy scratch). Luckily, defenceman @Zdeno Chara will return after missing the last six games with an upper-body injury.